Emmanuel's Blog
Home Blog Family members speak out after Australian man is beaten till he bled... 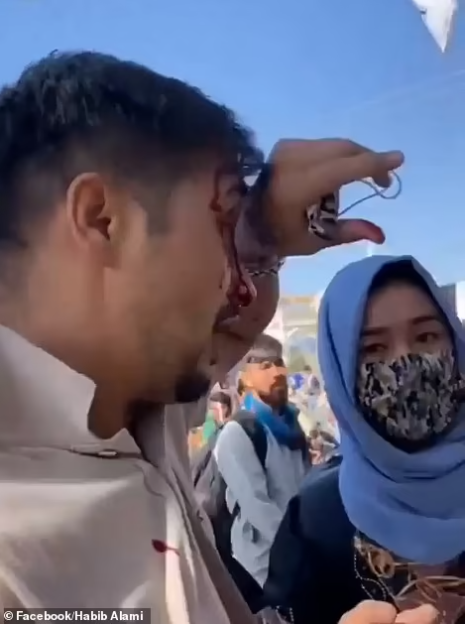 An Australian citizen was beaten by the Taliban while desperately trying to reach Kabul airport so that he can be evacuated.

Distressing video shows the man with blood running down his face and splattered across his polo shirt, crying out that he is an Australian citizen who was trying to reach the airport.

“I am an Australian citizen but they hit me,” the bloodied man says before the video cuts out with the sound of gunshots and screaming.

The man, who was born overseas but lives and works as a barber in Adelaide, was assaulted as he headed to Hamid Karzai Airport along with his cousins, thought to include three men and two women.

A source close to the family said that one of the women accompanying the man had a phone hidden under her headscarf.

She has since messaged her Australian relatives to say the family has been split up and sent to different locations.

The man is believed to be in hiding now but his family in Australia fear it is “only a matter of time” before Islamist militants hunt him down.

The man’s brother, who lives in Sydney, told Daily Mail Australia on Thursday, August 26, that he has been repeatedly calling his sibling but his phone is switched off.

The bleeding man’s devastated wife told the ABC she had briefly managed to get in touch with her husband after the incident, but several hours have passed since she heard from him.

She said: “I was devastated. I was thinking, what should I do? What can I do?”

The wife has pleaded with authorities to find her husband and take him to safety. The family has heard that the man was given “poor medical treatment” after the assault and had been let go by the Taliban.

The man is believed to be in hiding. However, relatives have also heard claims of Islamist militants going “door to door” since.

“His life is in major danger and it’s only a matter of time for the Taliban to find him,” his cousin told the Mail on Thursday.

It is understood the man was in Australia until June when he went to Afghanistan to visit a sick relative, but became trapped by the Taliban’s rapid takeover of the country.

It comes as Australia’s Department of Foreign Affairs and Trade issued urged its citizens not to head to the airport as the situation deteriorates further in the Afghan capital.

“Do not travel to Kabul Hamid Karzai International Airport. If you’re in the area of the airport, move to a safe location and await further advice,” the department said.

“The situation in Afghanistan remains highly volatile and dangerous.”