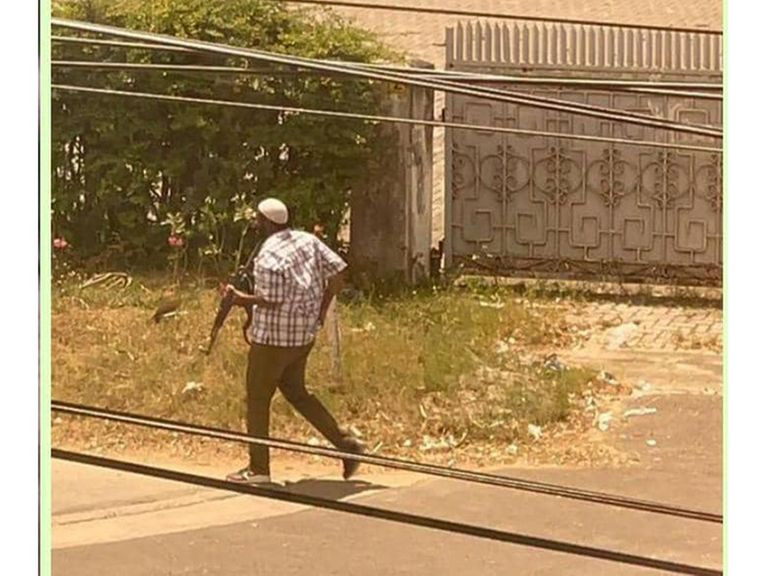 Two police officers were killed on Wednesday, August 25, in Dar es Salaam, Tanzania after a gunman went on a shooting spree in a highly guarded area housing several foreign missions including the French embassy.

The gunman believed to be of Somali origin was however gunned down outside the French Embassy gate by security officers.

Videos posted on social media show the trigger happy man, who was carrying two assault rifles, opening fire indiscriminately along Ali Hassan Mwinyi Road which is occupied by foreign missions such as the French Embassy, Japanese Embassy, Kenyan embassy, Russian embassy and is a close proximity to financial institutions.

Tanzania’s Inspector General of Police (IGP) Simon Sirro, who confirmed the incident said they are following on the incident to establish the identity of the attacker and the motive.

“As you can see in that circulating short video clips on social media but our police officers managed to shoot him down, he was holding an SMG,” he said.

A report on Tanzanian local daily The Citizen quoted an eye witness saying that the man arrived at a bank headquarters and went straight to a police shed which had two policemen and shot them dead at point blank before taking their weapons.

Motorists along the usually calm Oyesterbay/Upanga area were forced to abandon their cars as they ran for dear lives.

Before coming down under a hail of bullets the man who was wearing a checked shirt and khaki trousers was seen punching in the air and chest thumping.

The motive of the attack remains unclear.