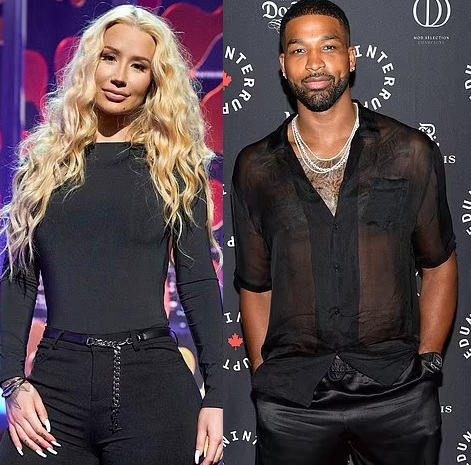 Iggy Azalea has reacted after a YouTuber claimed she has been sleeping with Khloe Kardashian’s on-off baby daddy Tristan Thompson.

Tasha K took to YouTube to make allegations about Iggy Azalea, 31, and Tristan and Iggy immediately took to Twitter to set the record straight with a series of tweets.

Iggy wrote: “Very weird fake news making the rounds about me dating a man I’ve literally never met a DAY in my life…. Like….Y’all are really that bored?!?!'”

In a second tweet, she wrote: “Literally have never even been in the same building as that man. I DO NOT KNOW THAT PERSON.” 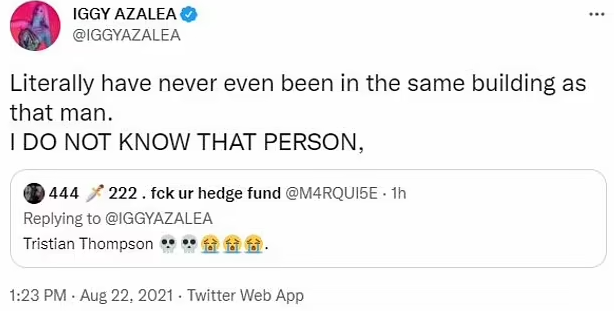 She added: “Making up baseless lies about people for fun is lame because I’m a real person with my own private life that gets disrupted by bulls**t, so I’m actually annoyed.”