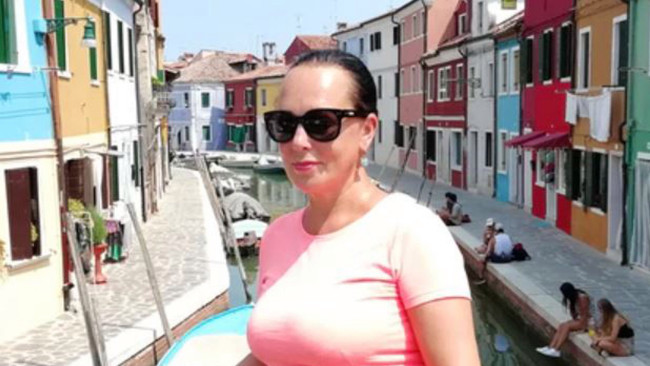 A Latvian worker, Albina Sokolova has won a racism claim after her factory bosses told her she must speak English at work.

Albina Sokolova a worker at fruit and nut supplier, Humdinger Limited, says she was disciplined after she spoke in her native tongue with other Eastern European workers on the factory floor.

She was warned by her superiors she had to speak English to her colleagues even though she didn’t have a strong understanding of the language.

Mrs Sokolova ‘relied upon her daughter’ to translate at home, but was refused a translator during meetings with bosses.

She won her court case after an employment tribunal ruled she was ‘disadvantaged’ by not being able to speak a native language in meetings, adding it was ‘not necessary’ for only English to be spoken, and will now be paid more than £10,000 in compensation.

The tribunal heard Mrs Sokolova had worked for the company for more than ten years, starting as a production operative at the company’s factory in Hull in 2010, shortly after moving to the UK.

In 2015, the company introduced a new ‘language policy’ which stated ‘English was to be spoken in the workplace’ and workers could only speak another language ‘during rest and lunch breaks’.

In a memo to employees, it explained a ‘common language’ would ‘promote effective workplace communication across the business’.

The tribunal heard Mrs Sokolova discussed the policy during a meeting with bosses in February 2017 after a ‘letter of concern’ was issued by a supervisor, in which they ‘asked for improvements’ in her English.

Two and a half years later, Mrs Sokolova requested leave for a ‘dental appointment’ in Latvia which was denied because she had ‘used up her holiday leave’ and ‘could not take unpaid leave’.

She cancelled the appointment and attended work on the day, but was off sick the following day.

Mrs Sokolova was invited by her bosses to an interview about the unauthorised absence and requested for her daughter, who is ‘fluent in Latvian, Russian and English’ to interpret for her.

The tribunal heard Mrs Sokolova ‘could get by on the factory floor’ with her limited English but it was ‘not sufficiently sophisticated to manage discipline and grievance meetings’.

However, her request for an interpreter was refused, putting her at a ‘particular disadvantage’.

Later, Mrs Sokolova later submitted several grievances with her employers, but was not offered an interpreter until meetings held shortly before her dismissal in July 2020, the tribunal heard.

She was also disciplined for speaking with fellow foreign employees in her native tongue, despite there being no complaints from colleagues and supervisors.

While the tribunal found it was ‘reasonably necessary’ for the language policy on the factory floor, it ruled grievance and disciplinary meetings required communication that was ‘full and comprehensive’.

It ruled using ‘only English’ in disciplinary and grievance meetings was ‘not justified’.

Employment Judge David Jones said: ‘This case demonstrated a procedurally flawed use of disciplinary procedures and unfairly targeted an employee who had raised a grievance.

‘These actions fell outside any reasonable and acceptable range of responses. For these reasons we find the dismissal to have been unfair.’

Humdinger Limited was ordered to pay £10,800 to Mrs Sokolova for indirect race discrimination and ‘injury to feelings’.