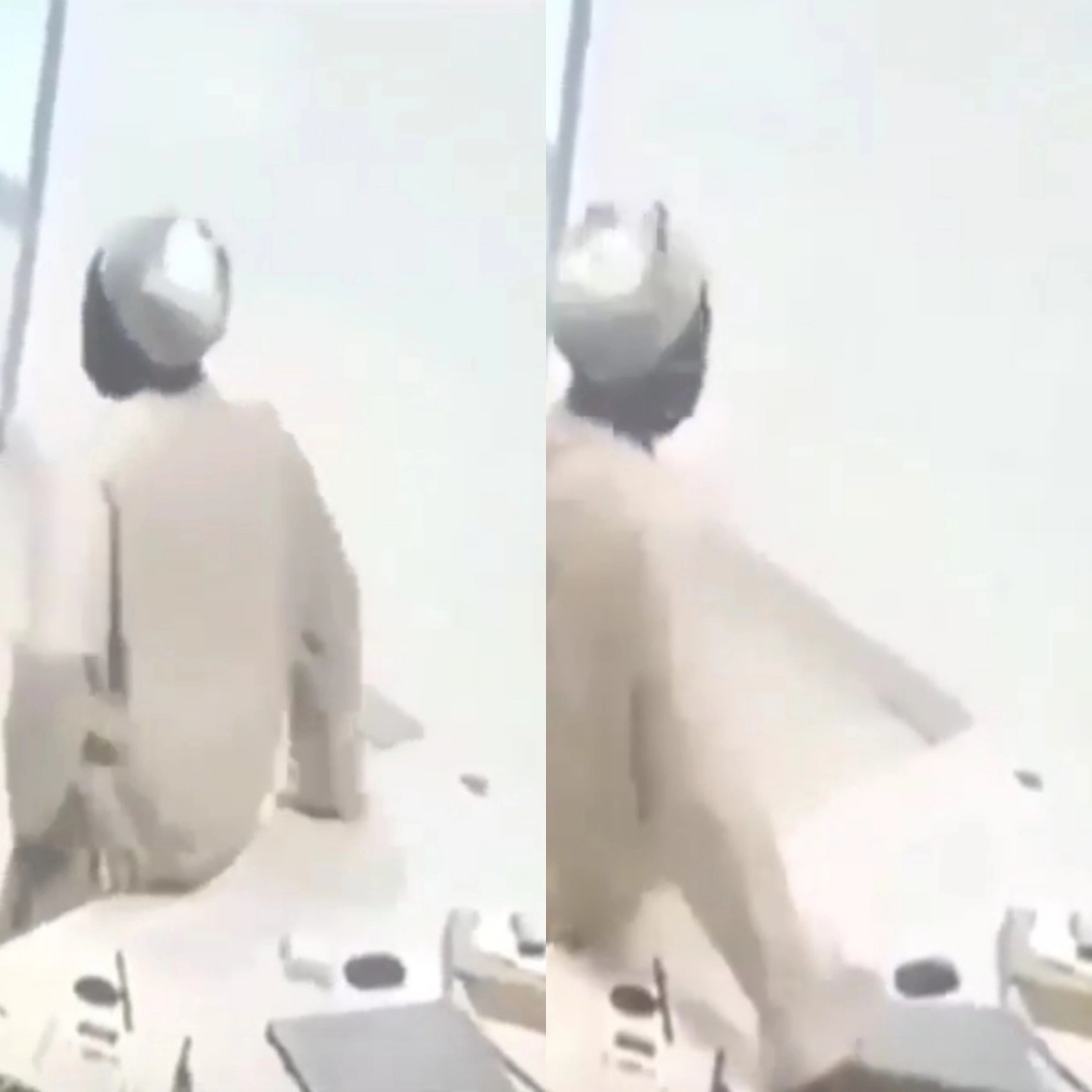 An elderly man was captured stealing a laptop when he thought no one was watching.

The man stole the laptop and hid in his pants but CCTV footage captured the theft.

In the video, the man is seen looking around to see if anyone is watching. Satisfied that no one is there, he lifts the top of his kaftan then loosens the belt of his pants.

He then grabs the laptop and puts it in his pants then adjusts his clothes as though nothing happened.

When he hears voices in the background, indicating that people are coming, the man, who has difficulty walking, is seen trying to limp out of the venue.