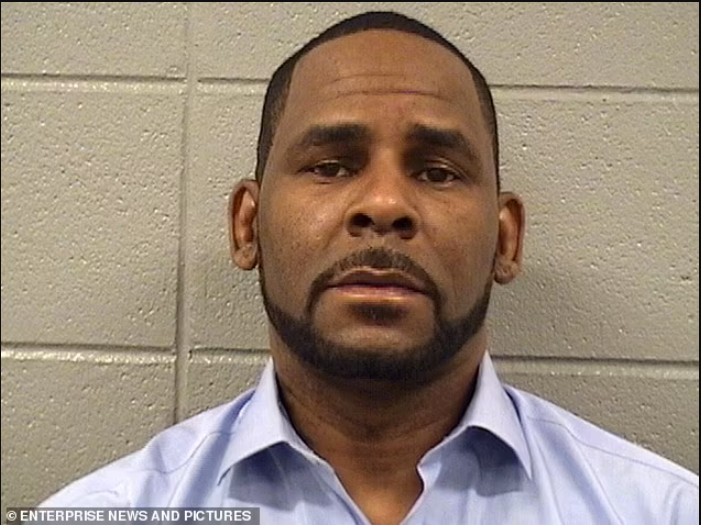 A woman has testified that R&B hitmaker R. Kelly’s forced her and his other girlfriends to write fake blackmail letters denying allegations of abuse in order to protect himself from possible legal troubles.

The witness, testifying as a “Jane Doe” in federal court in Brooklyn, made the claims on Wednesday, August 25, at his New York City trial.

‘As insurance and a way to make sure these women wouldn’t talk, [Kelly] created and collected collateral. He made them create embarrassing videos and false letters,’ Assistant U.S. Attorney Maria Cruz Melendez said during her opening remarks at Kelly’s ongoing sex abuse trial in federal court in Brooklyn on Wednesday, the Daily News reported.

‘The defendant would tell us exactly what to say,’ the accuser, known on the witness stand as Jane Doe 5, testified.

Jane read excerpts from the letters aloud in court, one letter stated: ‘I decided I would spank myself really hard until I had bruises.’

When asked by the prosecution Wednesday if she had ever spanked herself, Jane responded: ‘Never.’

Jane, who has been on the witness stand since Monday, previously testified that Kelly, 54, would spank her in punishments he referred to as ‘chastisings’.

Jane, who met Kelly at a music festival in Florida when she was 17, testified that the singer’s lawyer told him to have ‘every girlfriend write a letter’ defending him after his 2008 child pornography trial.

‘The defendant would have other girlfriends make me write these letters. He said they would go to his attorneys and they’d never see the light of day,’ Jane, now 23, said.

The woman shared another letter with the court where Kelly told her to state she wanted to have sex and he only wanted to be friends.

‘He kept it in his back pocket in case anyone tried to accuse him of anything,’ she said.

During Wednesday’s proceedings, Jane also read letters where she said her parents had suggested she lie to Kelly about her age, and that they tried to benefit financially from her relationship with him.

She also told her brother that her mother would ‘nag’ her to take photos and videos of her and Kelly so she could blackmail him, and pushed her to dress provocatively for their first encounter in 2015 when she was 17.

Jane left Kelly in October 2019 after having dated the singer for over four years.

She said during their first meeting, Kelly pressured her into having oral sex before granting her a singing audition. Afterwards, she began regularly meeting with Kelly and having sex with him in different cities, according to her testimony.

Jane also shared that her parents eventually agreed to put her under the care of a woman Kelly knew so Jane could live with him in Chicago while attending high school virtually.

The disgraced singer has pleaded not guilty to charges that he ran a decades-long racketeering scheme in which he abused six women and girls, including Jane and the late singer Aaliyah. He’s vehemently denied the charges, claiming that the women were groupies who wanted to take advantage of his fame and fortune.

The federal trial is expected to last several weeks and, if convicted, Kelly could face life in prison. He also faces sex-related criminal charges in Illinois and Minnesota.

Additionally, Kelly is charged in a bribery scheme after he paid a $500 bribe in 1994 in order to get breakout singer Aaliyah, who was 15, a fake ID so he could marry her. Kelly allegedly feared that he had gotten the teen pregnant.