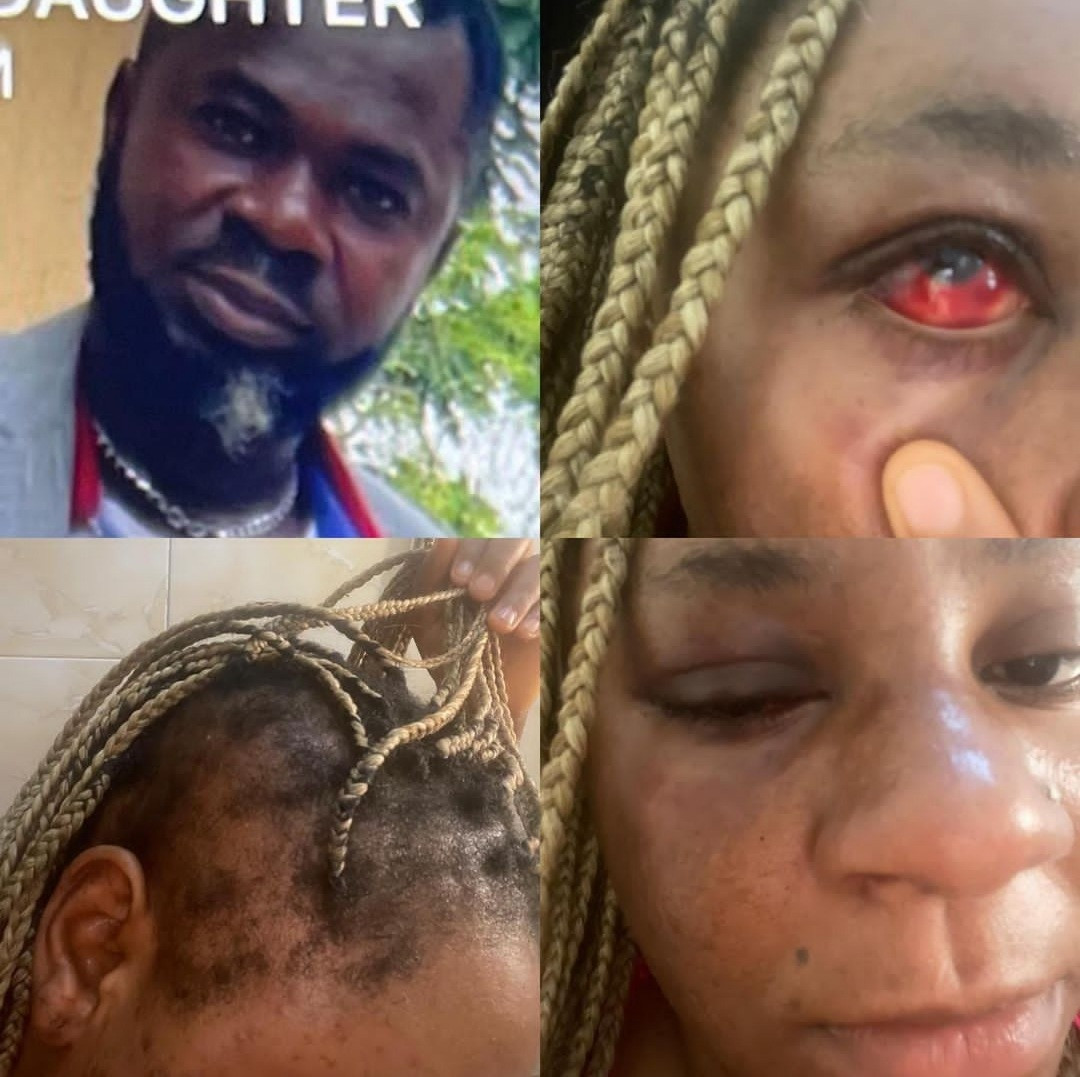 Speed Darlington has accused his brother-in-law of brutalizing his biological sister.

He alleged his sister’s husband is the one who attacked his sister, leaving her with a red eye and bald head after pulling off her braids. 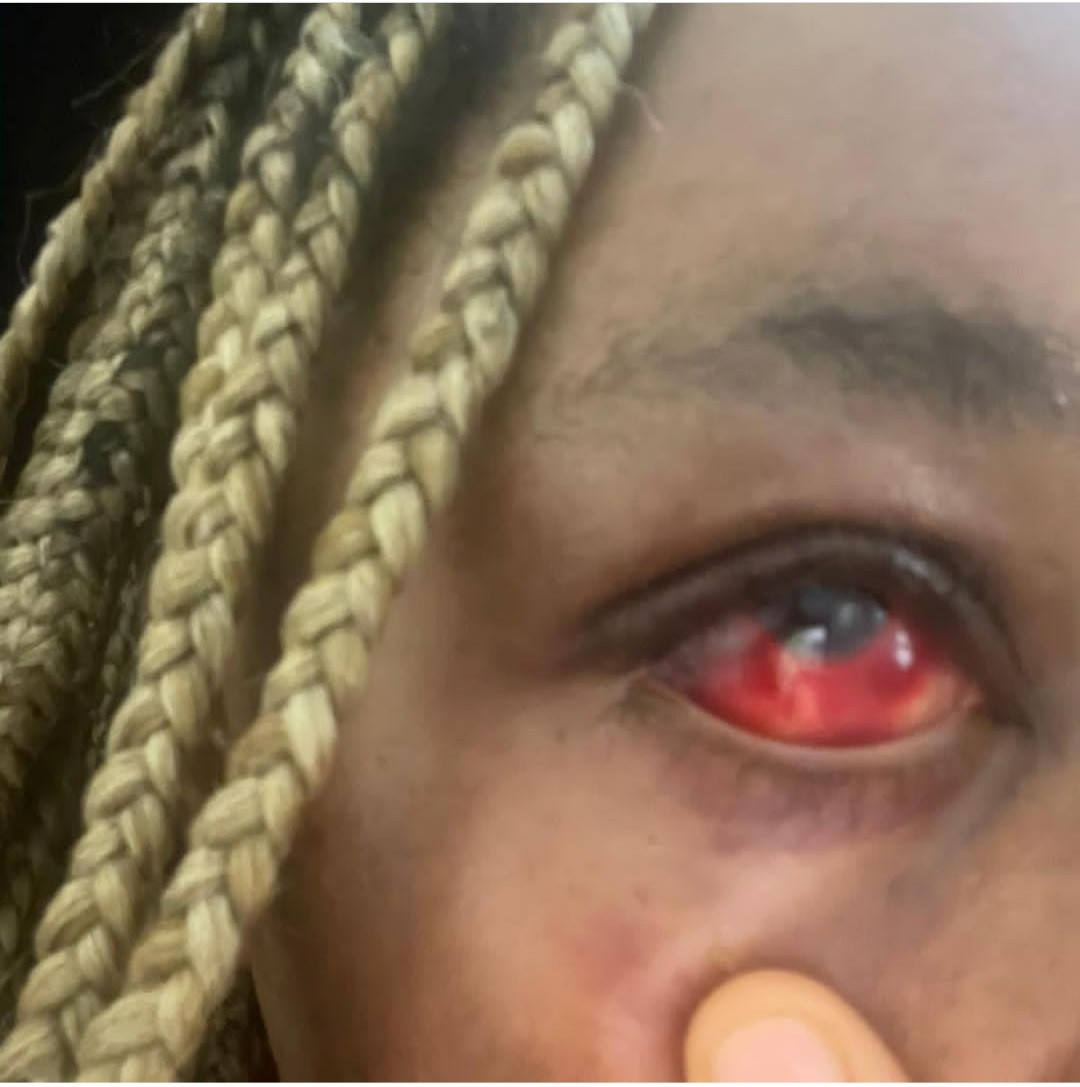 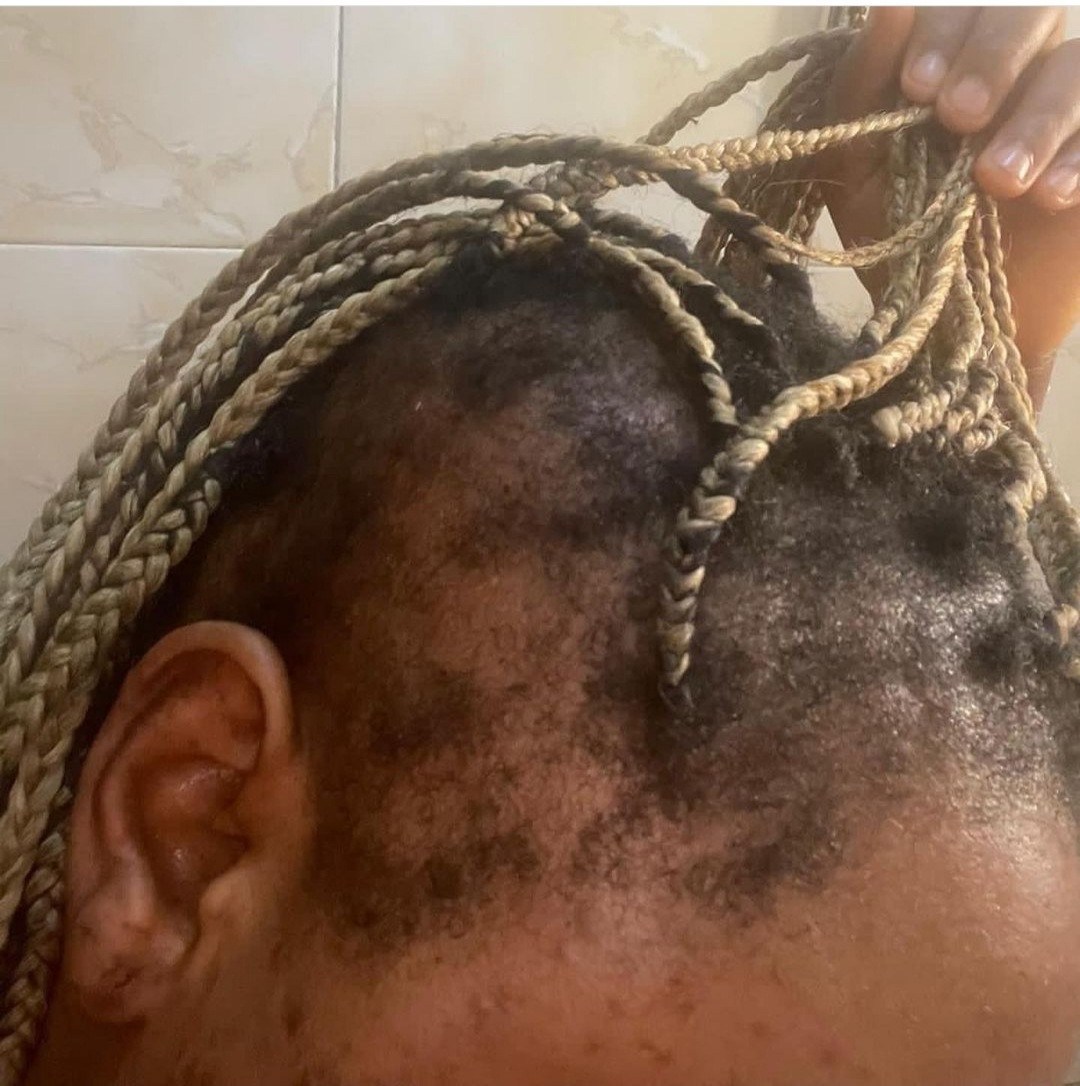 He also claimed that his sister’s husband disrespects him and his mother and as a result, they swore he will never visit the USA.

Speed Darlington said his family realized the man married his sister so that he can get a chance to travel abroad so they made it impossible for him to use his sister in that way. 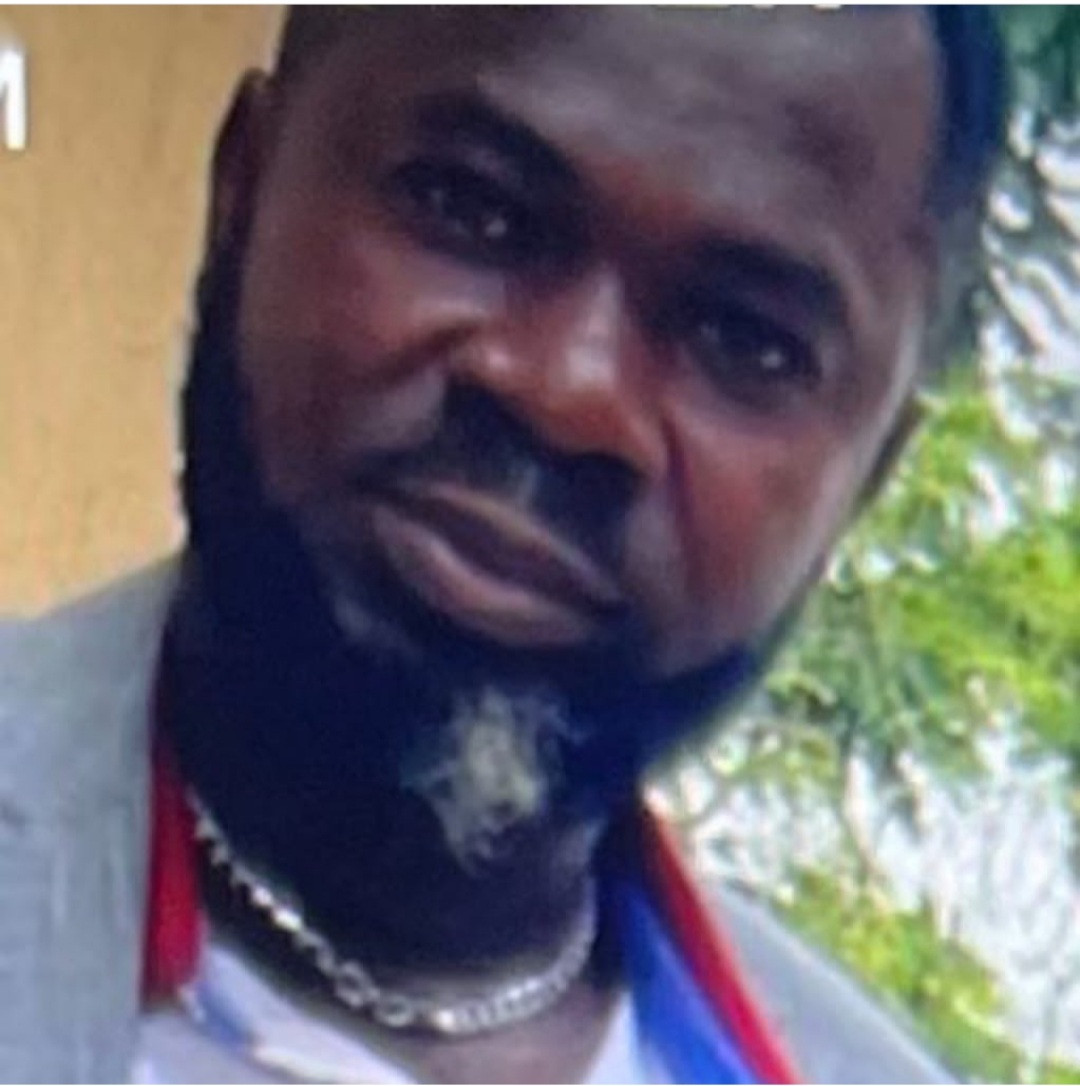 Speed said the man then lured his sister back to Nigeria and beat her up for not ”bringing him to America.” 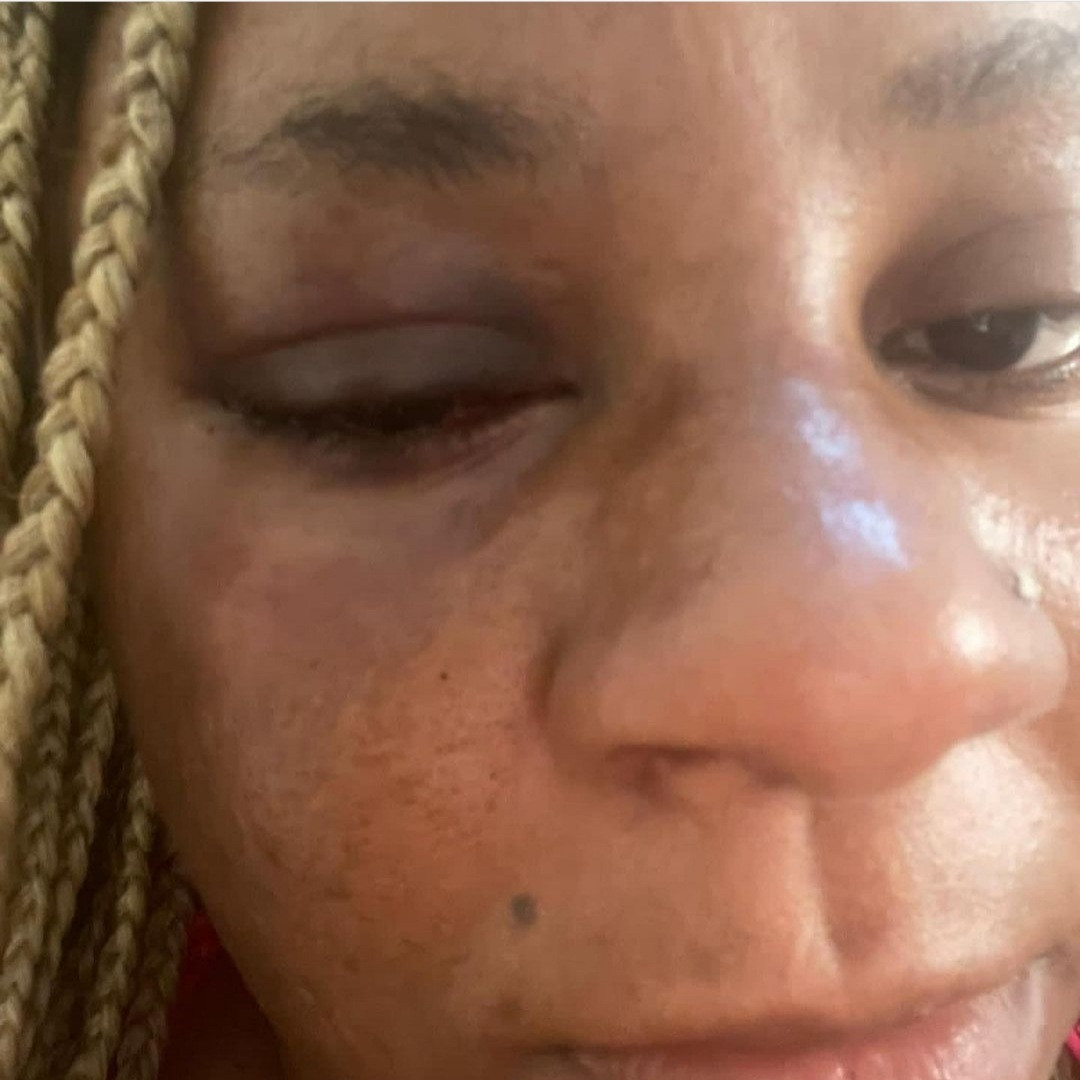 Speed Darlington said the man is now on the run and asked for help in tracking him down. 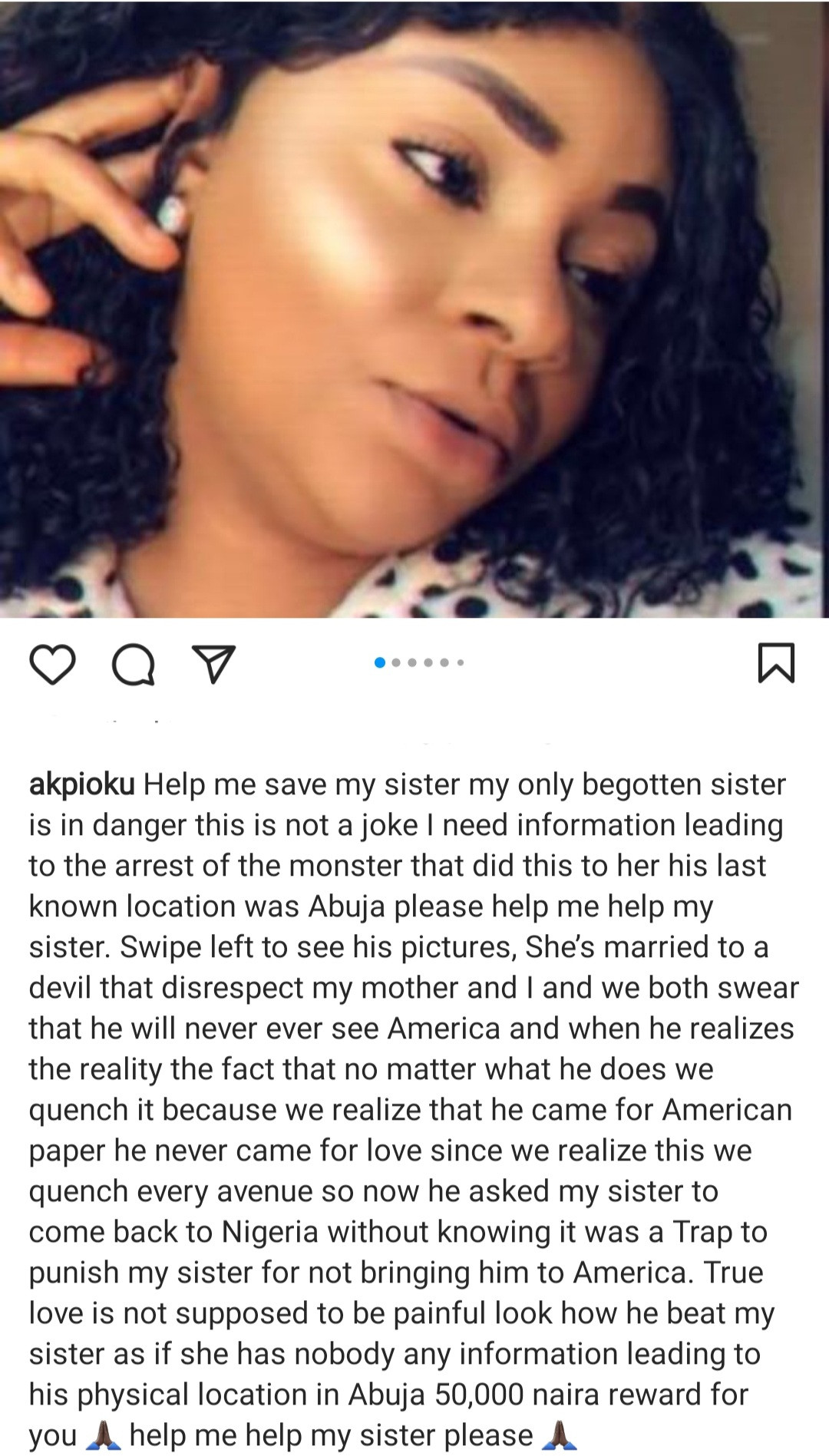 Kanye West skips a divorce deposition with ex Kim Kardashian as they determine how to divide their $2.36BILLION fortune