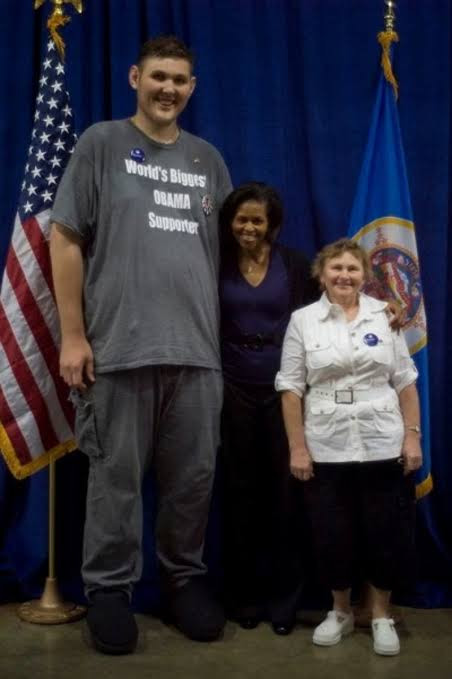 Igor Vovkovinskiy, the tallest ‘living’ man in the US according to the Guinness World Records in 2010, died on Friday, August 20 at 38, his mother, Svetlana Vovkovinska has revealed.

Vovkovinskiy was 7 feet, 8.33 inches tall, according to Guinness World Records. 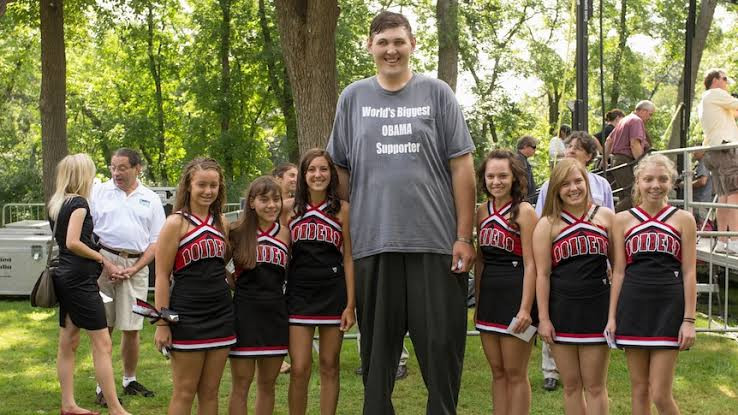 He died in a hospital after suffering from heart disease with his mom and brother by his side, according to a Facebook post by his mum Svetlana. Just hours before his death, Vovkovinskiy was able to spend time with his brother’s family and had his last dinner, which was a piece of Kyiv cake and Fanta.

Vovkovinskiy moved from Ukraine to Rochester, Minnesota, in 1989, for a pituitary gigantism, according to a TV segment he did on “The Dr. Oz Show” in 2010.

During that segment, Guinness World Record officials measured Vovkovinskiy’s height and crowned him the new Tallest Living Man in America. He was 27 years old at the time and beat out the previous record holder, Virginia deputy sheriff George Bell, by a third of an inch, according to Guinness.

He became popular after meeting former US president Barack Obama in 2009. Obama noticed him after he had a ‘World’s biggest Obama supporter’s sign inscribed on his shirt.

“It feels good to finally have proof that I am the Tallest Man in America,” said Vovkovinskiy in 2010.

“Everyone is always asking me if I’m certain that I’m the tallest and I was never able to prove it. Now that I have this certificate to hang on my wall, I could finally show it!”

Before his death, he wore a shoe size 24 10-E, said Guinness, and faced daily challenges of fitting into cars and finding comfortable shoes.

Guinness says the tallest living man in the world now is Sultan Kosen from Turkey, who measures 8 feet, 2.8 in tall. The tallest man in history is Robert Pershing Wadlow. He was from Illinois and measured 8 feet, 11.1 in tall. He died in 1940.