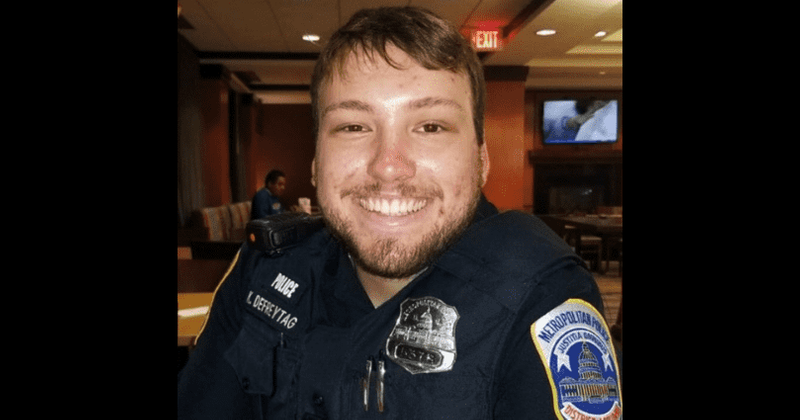 A fourth police officer who responded to the US Capitol riot during the 6 January insurrection by extremist supporters of Donald Trump, has been confirmed dead.

In January MPD officer Jeffrey Smith, a 12-year veteran of the force, and Capitol police officer Howard Liebengood, a 16-year veteran, both of whom also responded to the 6 January attack, died by suicide.

DeFreytag, who was 26, was deployed to protect the Capitol after police cleared the building of rioters, and was involved in enforcing a curfew, the department said.

The MPD chief, Robert Contee, had notified personnel of DeFreytag’s death on 10 July in a department-wide message, the department confirmed.

He had been an MPD officer for five years, according to his obituary.

Hashida had helped secure the Capitol on 6 January as part of the emergency response team within MPD’s special operations division after a mob of thousands of Trump supporters stormed the building.

‘This is how I’m going to die’; police tell panel of trauma of Capitol attack

The announcement of the deaths of DeFreytag and Hashida came a week after several officers testified to a House of Representatives committee investigating the 6 January insurrection, when extremists stormed the Capitol to try to stop the certification of Joe Biden’s win over Trump in the 2020 presidential election.