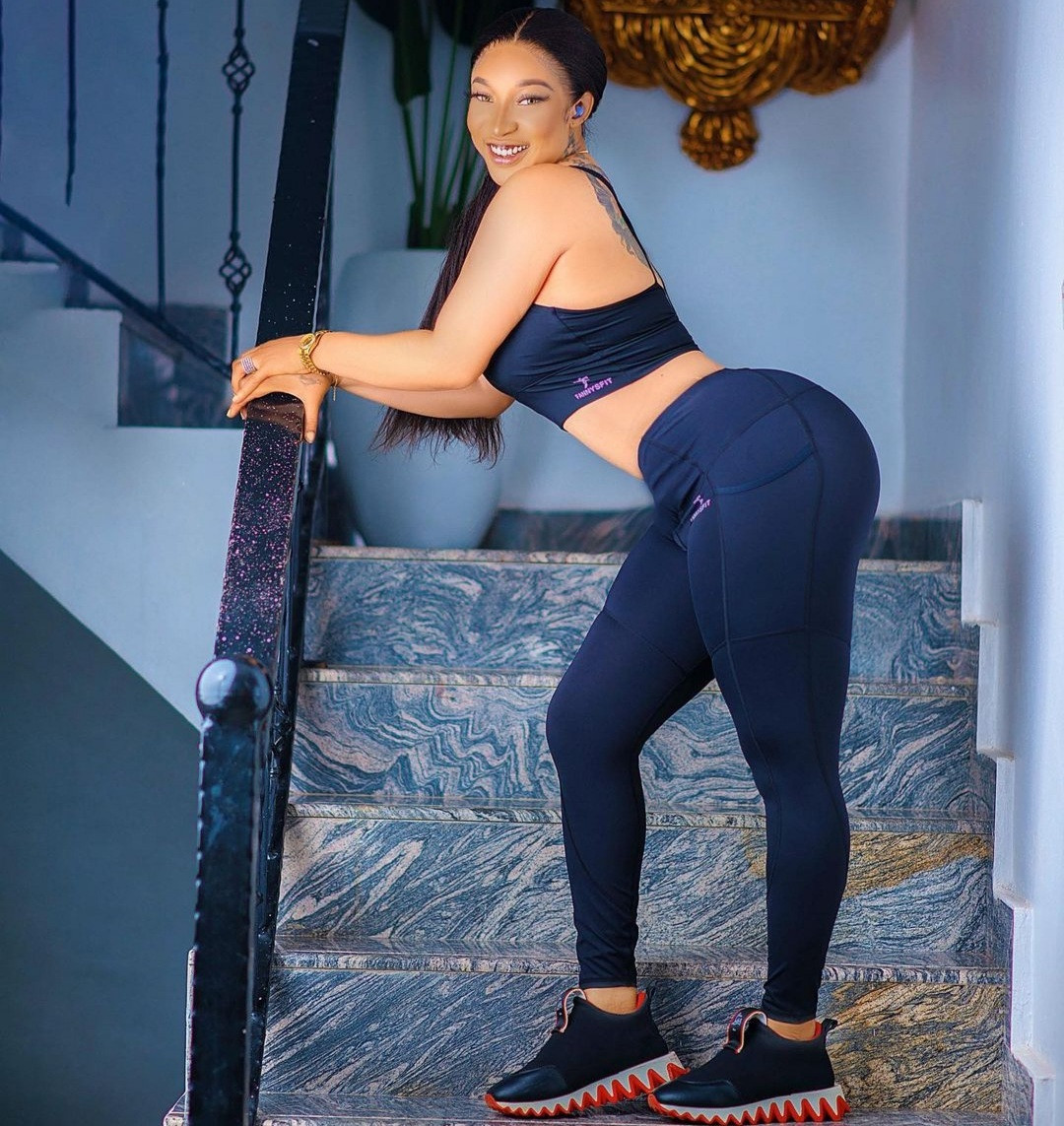 Tonto Dikeh has revealed that she’s about to undergo a third cosmetic surgery.

The actress, who has been open about her body enhancement and even documented her first procedure on an LITV show, revealed she has had two liposuction surgeries so far.

She added that she’s waiting on her third. 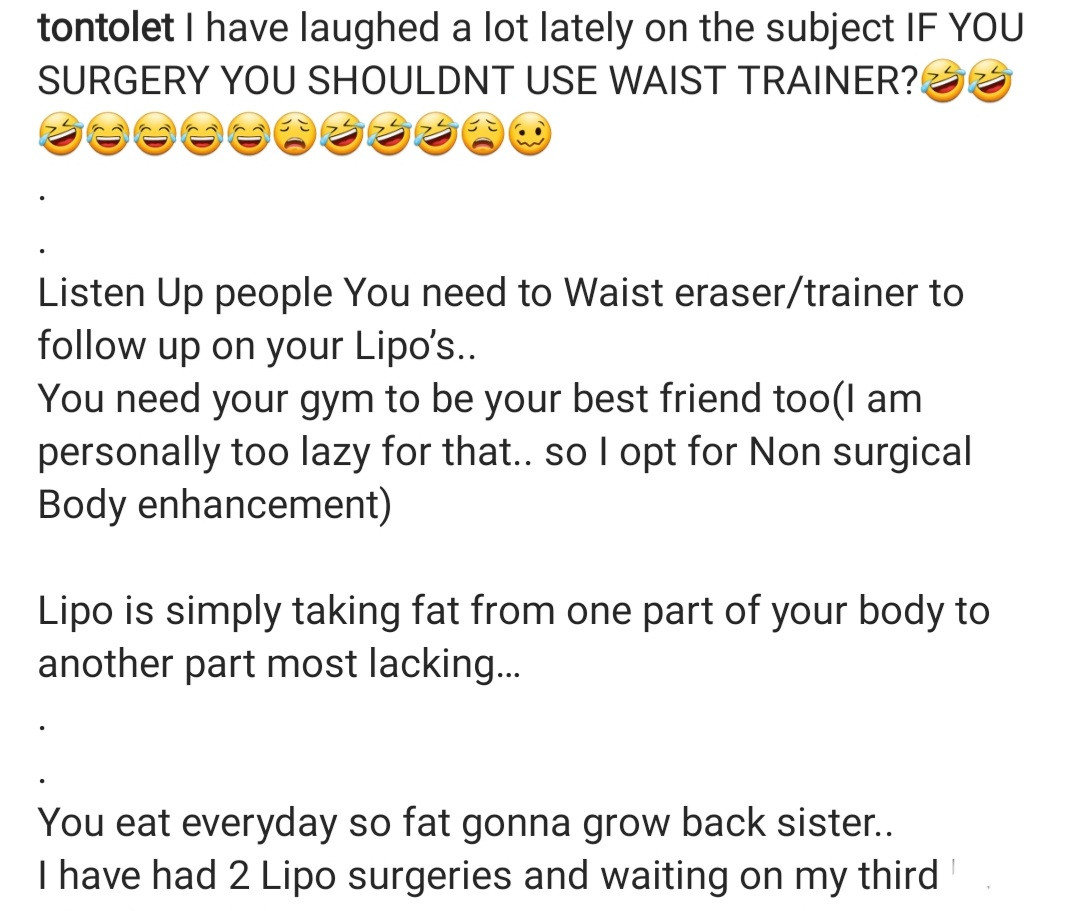