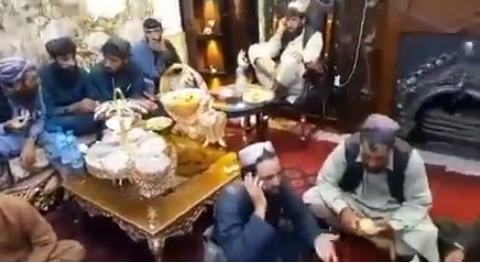 New footage has come out on social media showing the Taliban militants wining and dining in the presidential palace formerly occupied by President Ashraf Ghani and his cabinet.

Some of the militants sat ontop the sofa while others could be seen eating as they chatted and laughed in the palace. 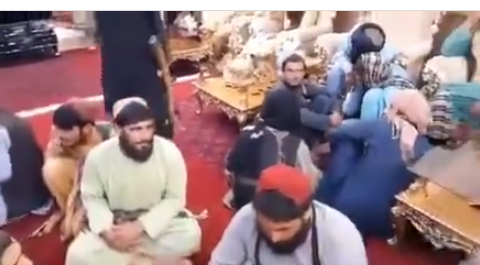 The Taliban have taken total control of the war torn country as Western nations scramble to fly their citizens and diplomats out of Kabul as fast as possible.

On Sunday, August 15, former president Ashraf Ghani fled the country to neighboring Tajikistan as the Taliban advanced on the capital, Kabul. By Sunday evening the Taliban had already declared the ‘Islamic Emirates of Afghanistan’ bringing to mind the dark days of pre-2001 when the group ruled the country with iron fist, where women had no rights, had no education and had no voice .