Emmanuel's Blog
Home Blog Young Mother shot in the head while her daughter sat in backseat... 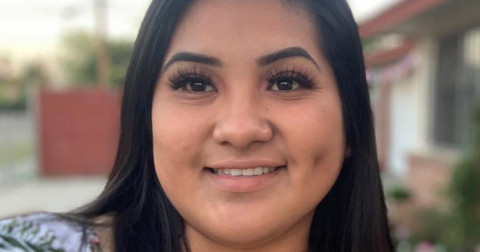 A young mother, Jacqueline Flores was shot inside of her car while her six-year-old daughter sat in the backseat.

According to a report by PEOPLE, Flores, 25, died of her injuries last week Friday night after suffering a gunshot wound to her head on Tuesday.

The attack happened while her car was parked .

The bullet went through the rear window of her car near where her daughter sat but the little girl was not injured.

The report says investigators believe Flores was not the intended target of the shooter and it is possible that the ‘senseless act of violence’ was a case of mistaken identity.

Flores was ‘ fighting for her life and listed in grave condition’ on Thursday night. But ultimately, the shot to her head led to her death.

She was a college student at California State University Fresno.

Her surviving cousin, Odalis Tepec told KGPE that Flores did not deserve to die that way and that she was a dedicated parent.

‘To me, she was like a big sister. Every time I needed someone to talk to, she was always there,’ Tepec told the station. ‘It was hard to believe. It felt like it could have been a dream, like, we just had to wake up. But it wasn’t.’

Tepec continued: ‘She was always with her daughter. Jaqi wants the best for her… and us, as family, we’re going to make that happen. We’re never going to leave her to the side.’

The investigation into her death is still ongoing .