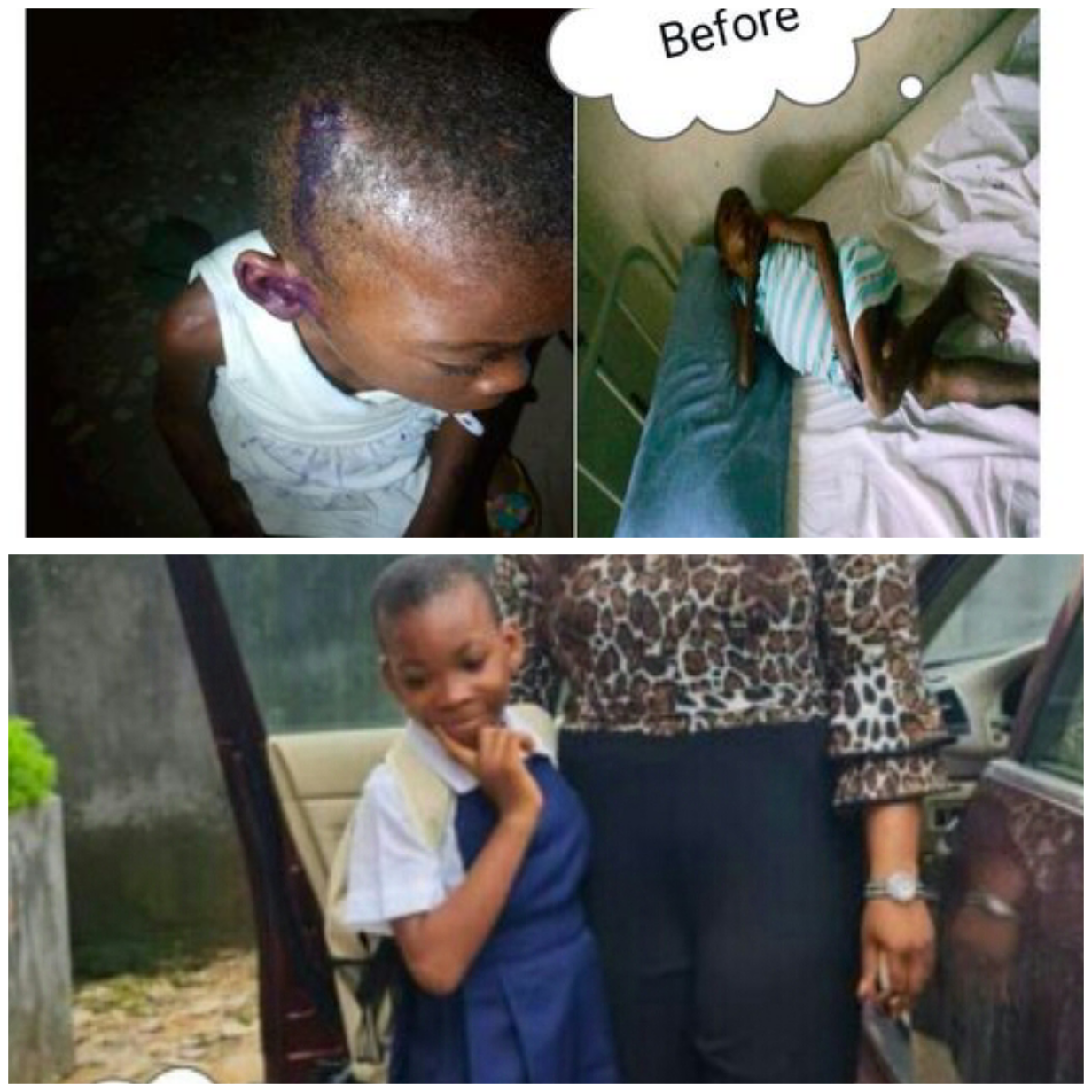 A Cross River based NGO, Basic Rights Counsel Initiative (BRCI) has shared the story of an 11-year-old girl who was rescued six months ago in Calabar.

BRCI, in a statement on Sunday, September 12, said Esther was ‘accused of witchcraft ‘ by her grandmother and allegedly thrown out of the house.

She was found almost lifeless by a volunteer on a major road in Calabar and and taken to a hospital where she spent six months.

Esther has been enrolled in a special school in Calabar because she suffered a traumatic brain injury which affected her ability to speak.

Sharing old and new photos of Esther on their official Facebookpage, BRCI wrote;

“Little Esther is an 11-year-old child that was accused of witchcraft by her sick grandmother and forced out of her home. She was found almost lifeless by a volunteer by a major road in Calabar. She spent six straight months in the hospital and most times on oxygen,”

“Thanks to Comrade Asu Okang for his generous contribution to her treatment. When she recovered, the doctors informed us that she suffered a traumatic brain injury which has affected her ability to speak clearly. All efforts to get blood relatives to foster her failed. While we have also not given up in our efforts to recruit a foster care family for her, we had recently developed a comprehensive care plan for her.” 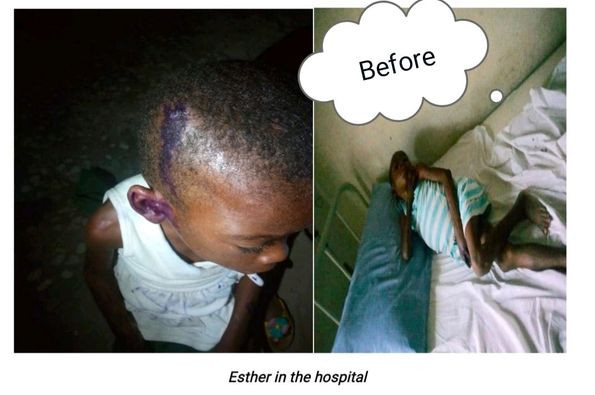 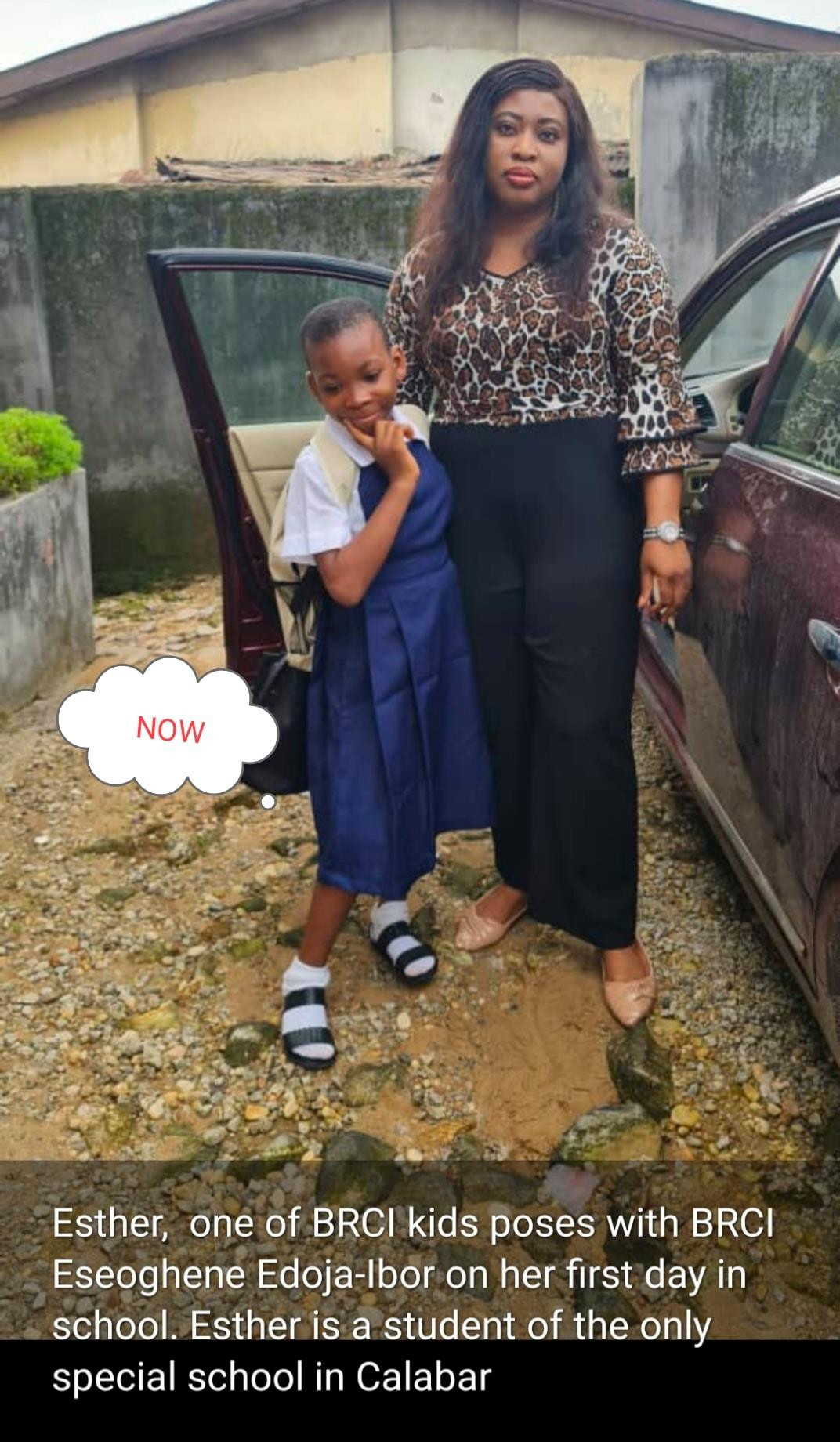 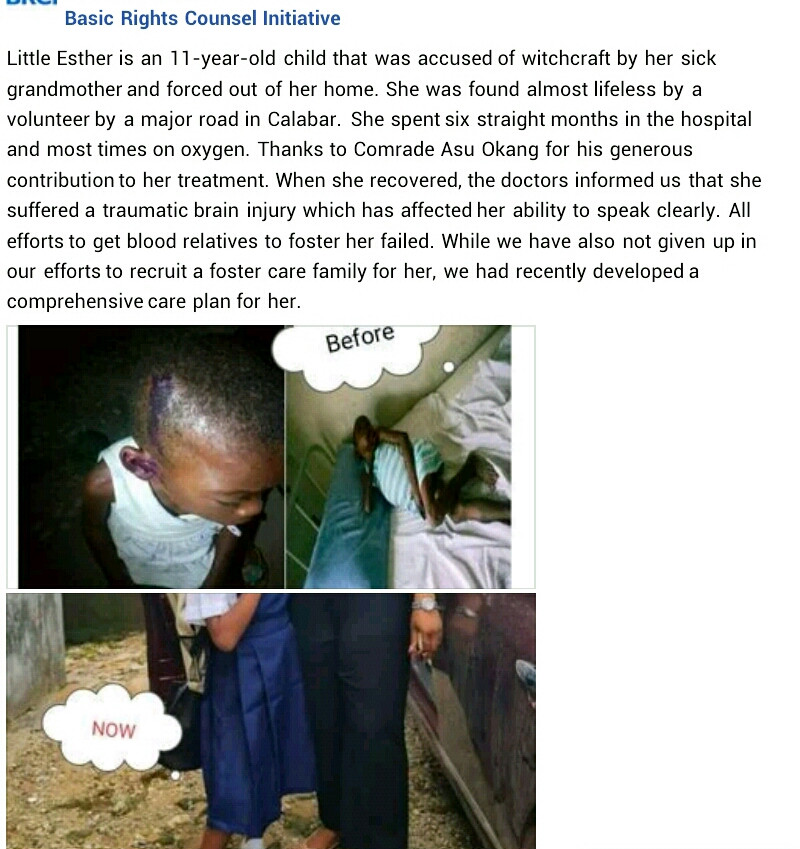 King Charles Is Determined To Mend The Rift With Harry