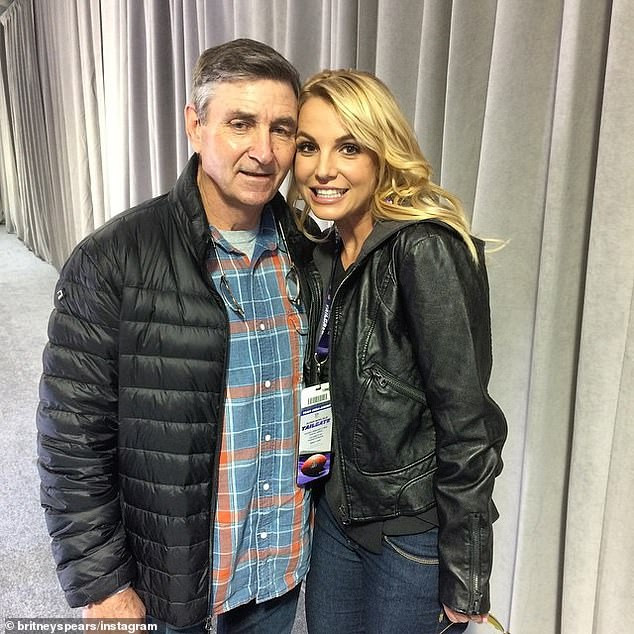 Britney Spears’ father, James “Jamie” Spears, has filed a petition to end his daughter’s conservatorship, which he has controlled for the last 13 years.

According to court documents, Jamie, 69, stated in his filing on Tuesday September 7, that Britney may no longer need a conservatorship. A move that Britney’s team has branded a “massive legal victory” for the singer.

Britney “is entitled to have this Court now seriously consider whether this conservatorship is no longer required,” the filing states.

“Recent events related to this conservatorship have called into question whether circumstances have changed to such an extent that grounds for establishment of a conservatorship may no longer exist,” the filing continues.

Jamie’s petition goes on to reference what Britney had said during several explosive court hearings over the summer: “Ms. Spears has told this Court that she wants control of her life back without the safety rails of a conservatorship.”

“In short, she wants to live her life as she chooses without the constraints of a conservator or court proceeding,” states the petition.

The petition, did, however, defend the initial establishment of a conservatorship.

“The conservatorship has helped Ms. Spears get through a major life crisis, rehabilitate and advance her career, and put her finances and her affairs in order,” the petition says of the 13-year-old decision.

According to the petition, Jamie now believes his daughter is “entitled to have this court now seriously consider whether this conservatorship is no longer required.”

“Having exposed his misconduct and improper plan to hold his daughter hostage by trying to extract a multi-million dollar settlement, Mr. Spears has now effectively surrendered. There is no settlement,” Rosengart said in a statement to PEOPLE.

“To the extent Mr. Spears believes he can try to avoid accountability and justice, including sitting for a sworn deposition and answering other discovery under oath, he is incorrect and our investigation into financial mismanagement and other issues will continue.”

The petition comes after months of scrutiny for Jamie who has been at the center of the conservatorship conversation for years, and also comes just a month after telling the court that he’d step away only “when the time is right.”

At the hearings in June and July, Britney, 39, accused her father of conservatorship abuse.

In an Aug. 12 filing, Britney’s father slammed the “unjustified attacks” against him, adding that there were “no actual grounds for suspending or removing” him from the role after Britney’s attorney Rosengart filed a motion to remove him from his role and replace him with a CPA.

“It is highly debatable whether a change in conservator at this time would be in Ms. Spears’ best interests,” Jamie’s August filing stated.

“Mr. Spears is willing to step down when the time is right, but the transition needs to be orderly and include a resolution of matters pending before the Court. In order to reach that result, the Court should encourage all interested parties to meet and confer in order to resolve those pending matters in the best interests of Ms. Spears.”