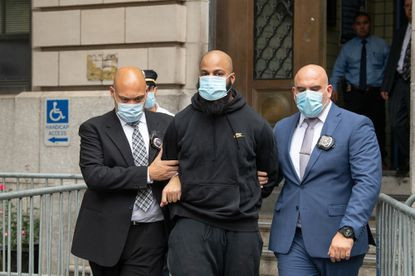 After a four-day manhunt, the New York Police department (NYPD) on Thursday, September 16, arrested an ex-prisoner accused of fatally shooting his pregnant ex-girlfriend as she left her baby shower in Harlem, New York with her new boyfriend.

NYPD Commissioner Dermot Shea announced the arrest of Justin Soriano, 40, for the killing of Shanice Young at a press conference.

Soriano was arrested in the Bronx early Thursday, officials said. He was charged with murder, menacing, weapon possession and acting in a manner injurious to a child.

“Our hope here is that this apprehension begins the process of closure for the family and just as important for the community for this terrible, terrible crime,” Shea said.

Shanice Young, 31, was shot in the head in front of her two children Sunday, 12 September. 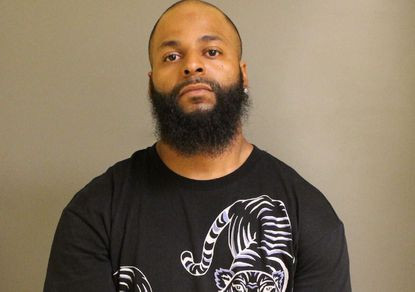 Her ex-boyfriend had been quarreling with her current lover over who was the father of her unborn child, police sources said.

She was due to have her baby this week, before her demise, according to heartbroken relatives.

“Is that all?” Young said of the murder charge, his voice rising. “He should be charged with two counts of murder. That baby inside her was a person. That baby was going to live.”

After he was arrested, Soriano ignored questions from reporters and cries of “shame” from a crowd of neighborhood residents.

Soriano has served time for narcotics possession in 2008, and for sale of a controlled substance in 2011, police records revealed.

He was released from prison in 2018 and his parole ended in June 2020. He has 17 total prior police arrests, police said Thursday, on charges including drugs, gun possession and resisting arrest.