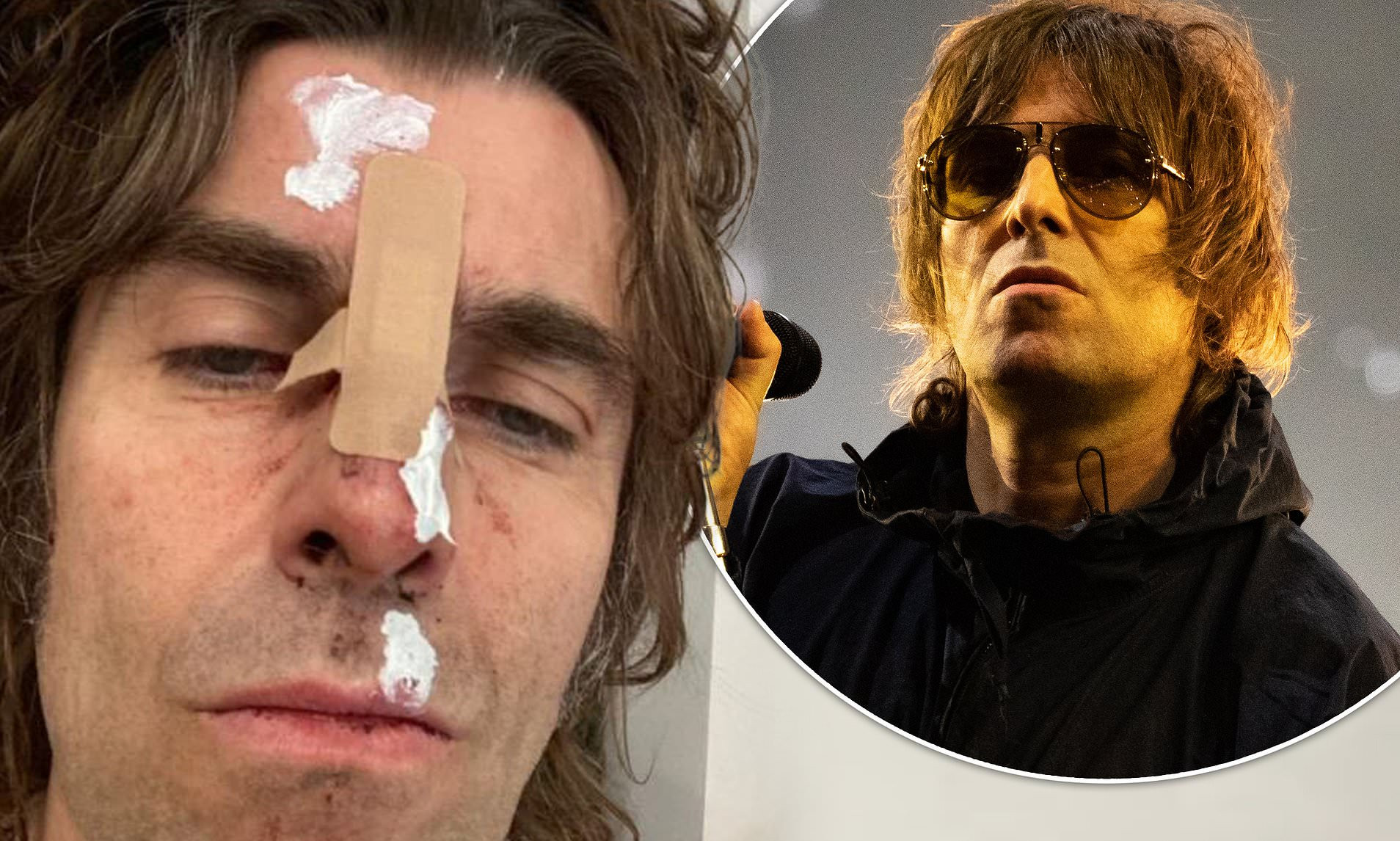 English singer, Liam Gallagher has announced that he suffered a face injury after falling off a helicopter.

“So check this out I fell out the helicopter last night you couldn’t rite it all good who said RnR is dead Keith moon eat your drum skin out C’mon you know LG x.” 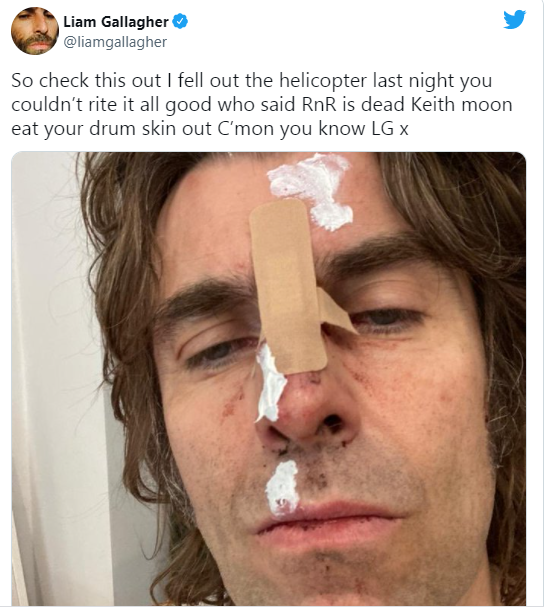 In the photo he shared, he had two plasters on his nose and scrapes and bruises across his face.

When a fan asked about the height of the fall, saying Gallagher must have missed the step and “face planted” after the helicopter had landed, but did not mention this “because that’s not very rock n roll”, the singer jokingly responded by saying “100 thousand feet”. To another fan asking if there was any footage or CCTV of the incident, he said: “Yeah it’s in the nxt video.”

His accident came a day after the premiere of Oasis: Knebworth 1996 – a new film on the band’s iconic gigs in Knebworth Park. The huge gigs followed the release of 1994 debut album Definitely Maybe and its even bigger follow-up (What’s the Story) Morning Glory.