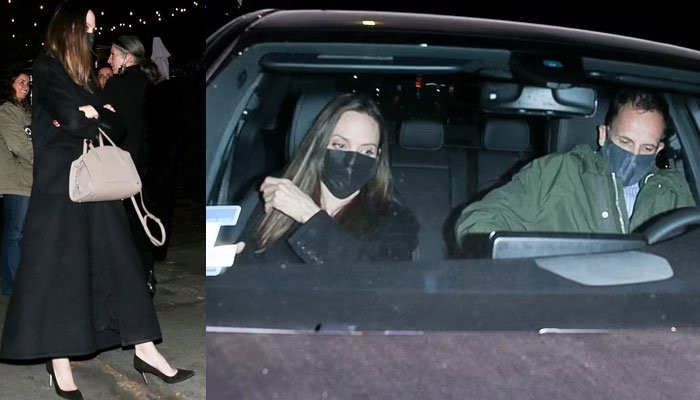 American actress, Angelina Jolie has once again been spotted with her ex-husband Jonny Lee Miller despite romance rumours with Canadian singer, The Weeknd.

The former couple were pictured enjoying a dinner date together on Monday night, October 12, in Beverly Hills, California.

The Maleficent star was dressed in a chic black coat and heels as she exited in Miller’s car before the pair drove off together. 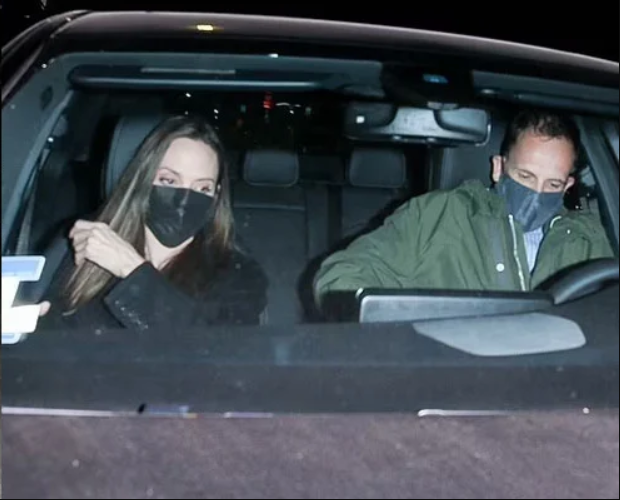 Jolie, 46, and Miller, 48, were married from 1996 to 1999 after first meeting onset of their nineties thriller Hackers in 1995. The pair were recently linked in June this year, when Jolie was spotted arriving at Miller’s apartment in NYC with an expensive bottle of wine. She was seen leaving a few hours later.

Their outing comes amid Jolie’s romance rumours with music superstar, The Weeknd, who she’s repeatedly been dining out with this year.

The Oscar-winning beauty, who is still battling through her bitter divorce saga with ex Brad Pitt , shares custody of her sons Pax, 17, and Knox, 12 with him, in addition to their adopted children, Maddox, 19, Zahara, 16, Shiloh, 15 and and Vivienne, 12.

Post Malone gets daughter’s initials tattooed on his face

Brad Pitt ‘choked’ one of his kids and ‘slapped another’ on private jet where he also ‘grabbed ex-wife Angelina Jolie by the head’, new...

If Ukraine wins the war against Russia, will the Russian military overthrow Vladimir putin