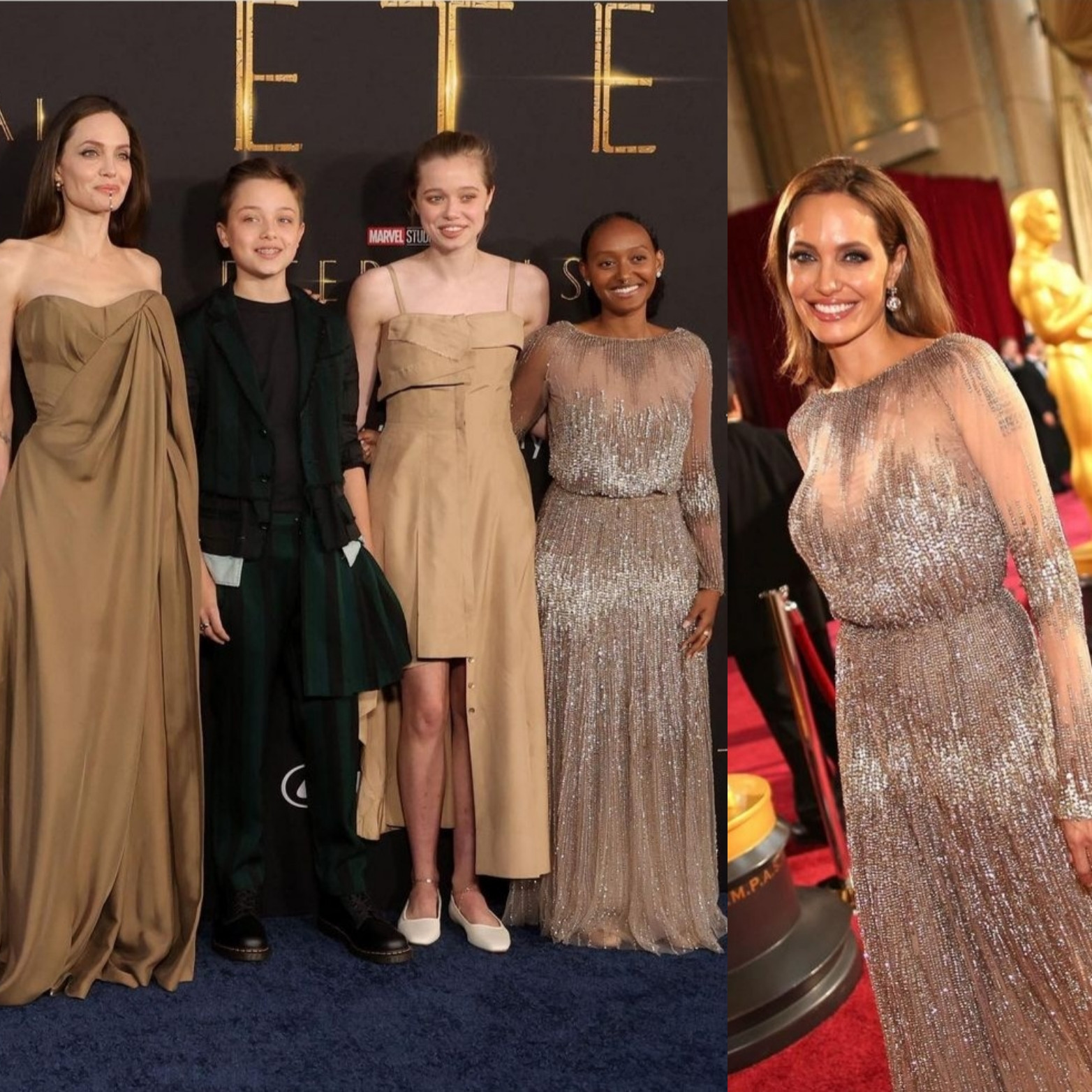 Angelina Jolie and her children attended the Los Angeles premiere of Eternals on Monday night, October 18, with daughter Zahara, 16, wearing a dress the actress has worn previously.

Angelina wore the Elie Saab Couture dress to the 2014 Oscars before Zahara repeated it last night. 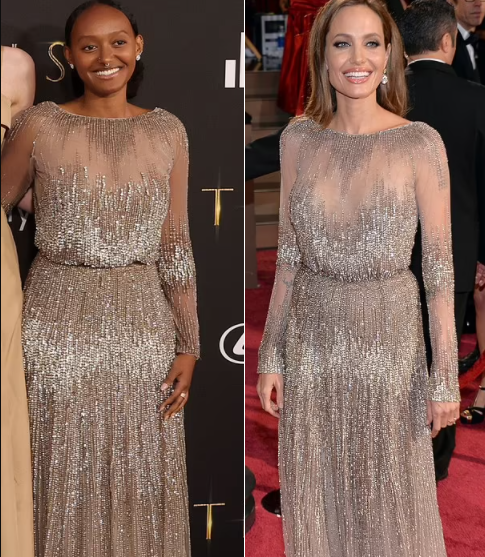 The 46-year-old actress appeared to be enjoying her time with her 16-year-old, as well as her other daughters Vivienne and Shiloh and sons Maddox and Knox at the debut of the long-awaited Marvel Comics-based movie. 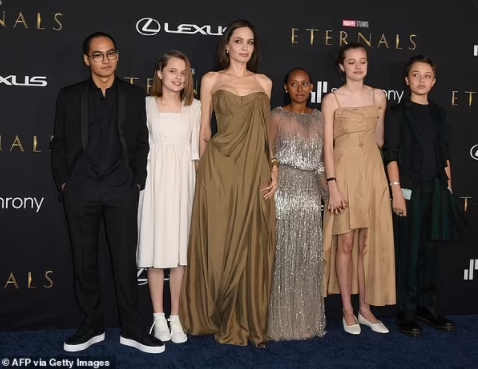 Angelina also spoke about the outfits of the rest of her children while she spent time on the red carpet, and noted that they enjoyed going through her closet. 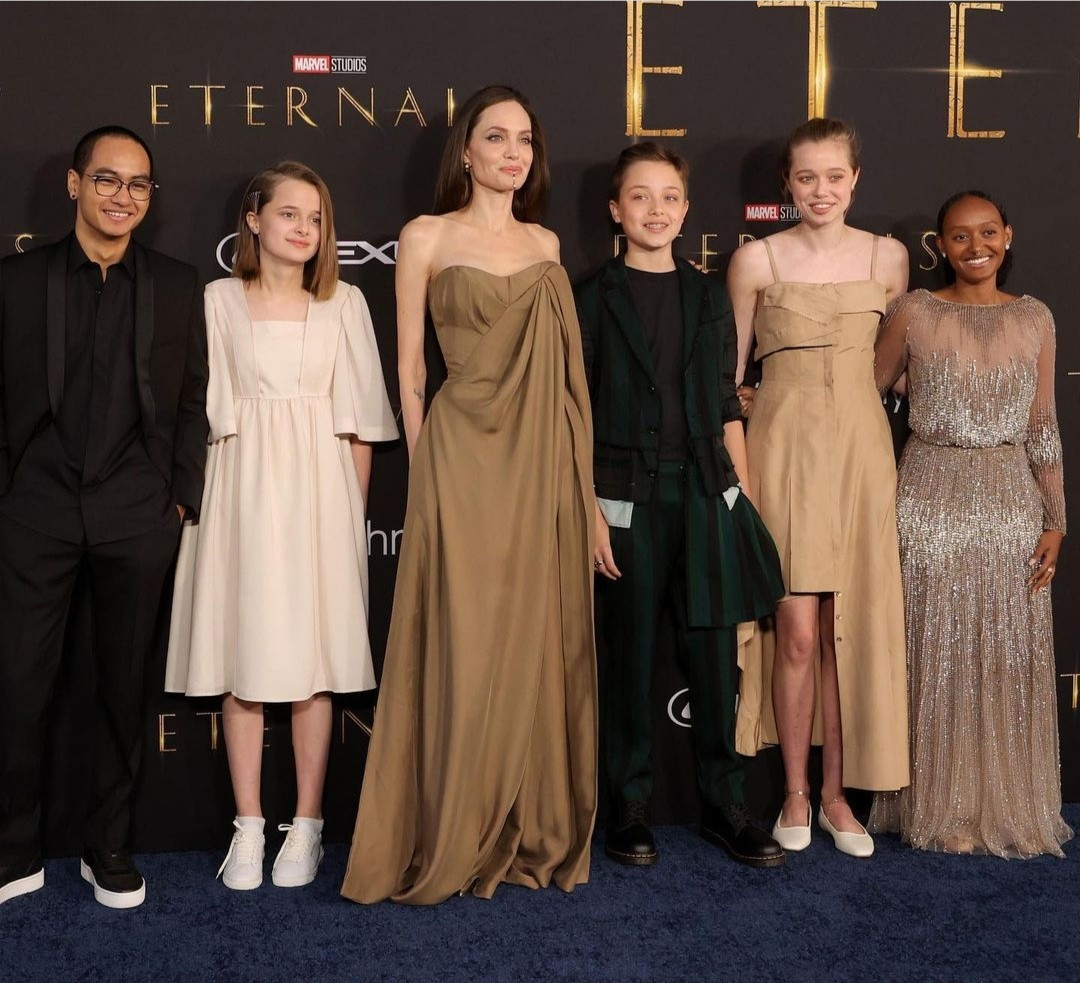 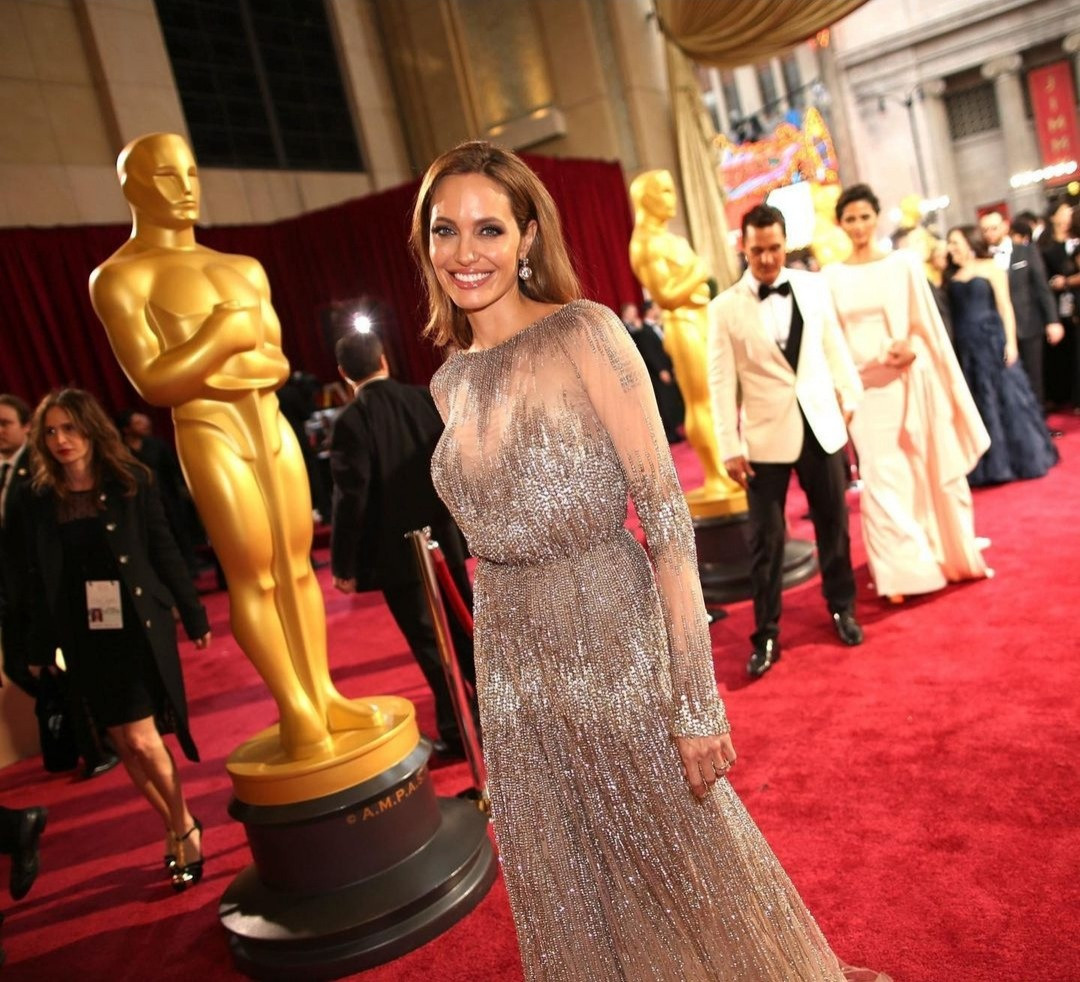