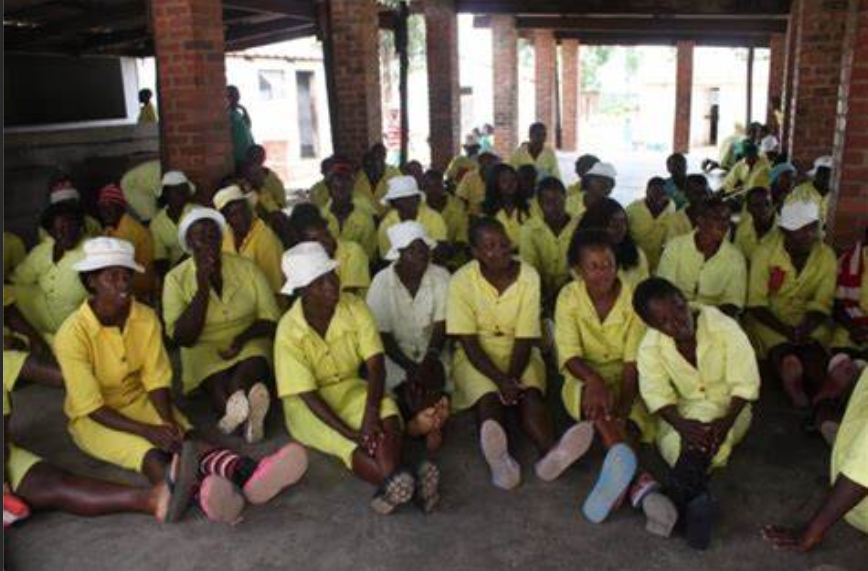 A dramatic scene played out at Shurugwi Female Prison last week as a supposedly female prisoner was discovered to be a male.

22-year-old Praise Mpofu who was dressed as a woman at the time of his arrest, is alleged to have been in the business of pretending to be a female to lure male clients who he would steal from.

Mpofu was arrested after he allegedly stole from a man at Gweru’s Mkoba 6 suburb. The man reportedly paid for Mpofu’s services as a commercial sex worker, while under the impression that he was dealing with a woman. When they got to his home where they were supposed to spend the night, Mpofu stole from the man and ran away.

He was arrested days later when he was spotted in Mkoba 6. At the time of his arrest, he was dressed as a woman, in a skirt and a blouse. He also had a female hairstyle and was wearing a stuffed bra to give off the impression that he had an ample bosom.

Appearing before Gweru Magistrate’s Court on charges of theft, he did not reveal that he was actually male and continued with the ruse. As a result, the magistrate ordered that he be remanded at Shurugwi Female Prison.

Due to logistical issues, Mpofu could not be transported to the female prison. Instead, he was temporarily detained at the Gweru Young Offenders Prison where he was housed with juvenile female offenders for two days.

He was finally busted after prison officials were able to transport him to Shurugwi Female Prison.

“Yes, there was an inmate who came from ZRP through the magistrate’s court pretending to be a female. It was only identified at Shurugwi Female Prisons through our normal channels on admission that he was actually a male inmate, not a female as he was pretending to be. Mpofu was taken from Shurugwi female prison to Hwahwa Maximum Prison on the same day.”

A female nurse who is responsible for searching all new prisoners, is said to have discovered that the new prisoner was actually male. Another source told the publication;

“Mpofu spend two days at Gweru Young Offenders prison where he did not divulge that he was a male and he was treated as a female. The matter came to light when he was to be detained at Shurugwi Female Prison that he was not a female. One could not figure out that Mpofu is a male he had a nice hairstyle, breasts and he was wearing a skirt just like a lady. Mpofu was arrested after he stole from a man who had hired him as a prostitute, Mpofu stole money and fled before he fulfilled the duties he was hired for.”