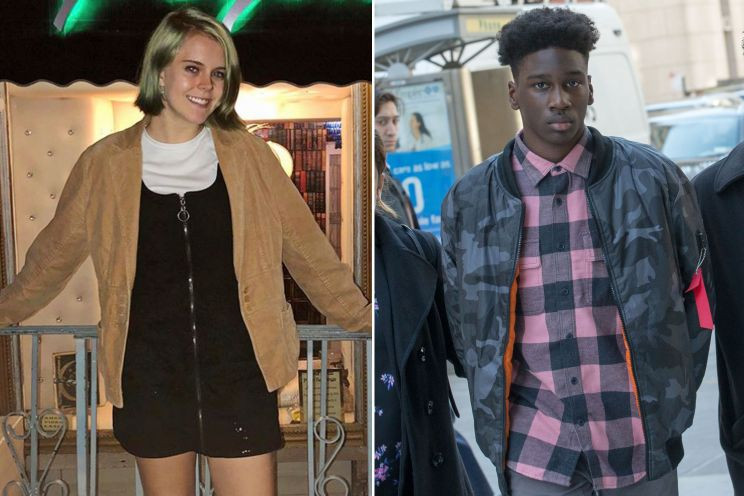 A 16-year-old boy has been sentenced to the maximum nine years to life in prison after he was convicted in the stabbing to death of college student, Tessa Majors.

Luchiano Lewis, who was one of three teens charged in the 2019 murder, was sentenced in Manhattan criminal court on Thursday. He pleaded guilty last month to murder and robbery. 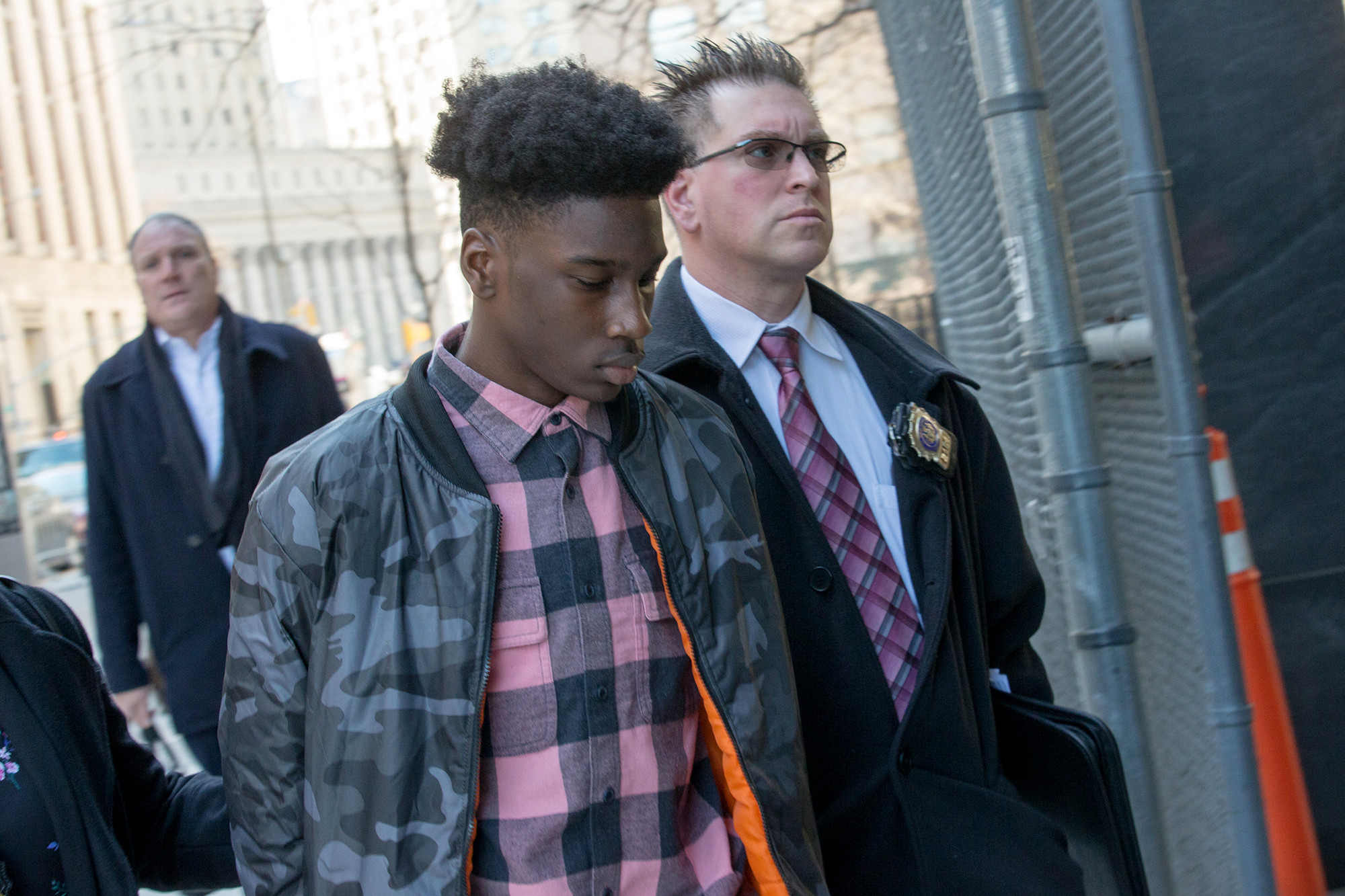 At the time, Lewis was 14 years old and prosecutors at the Manhattan district attorney’s office decided he would be charged as an adult.

The devastated family of Tessa, 18, described the family’s ‘immeasurable pain’ in court.

Assistant District Attorney Matthew Bogdanos read a statement on behalf of Inman Majors, Tessa’s father: ‘On December 11, 2019, the hopes and dreams for our daughter Tess came to a tragic end.

‘Nearly two years later, we still find words inadequate to describe the immeasurable pain, trauma, and suffering that our family has endured since her senseless murder.

‘Tess was a brilliant student, a voracious reader, a poet and a fledgling journalist. She had big dreams.’

Tessa, who was from Charlottesville, Virginia, was finishing her first semester at Barnard College in Manhattan, when she cut through Morningside Park before 8 pm that night.

As she approached the stairs to exit at West 116th Street, police say the group of teens including Lewis, 16-year-old Rashan Weaver, and an unnamed 13-year-old, tried to rob her and take her phone, ABC 7 reported.

The teens stabbed her multiple times. In her final moments of life, a security camera caught her struggling up a flight of stairs dripping in blood. When she reached the street she collapsed against a lamppost, where she died minutes later.

The video of her death was played in the court room, along with a joint impact statement from her parents Inman and Christy Majors.

In handing down the sentence, Judge Robert Mandelbaum said her murder ‘tore at the fabric of the entire city’.

‘The defendant was and is extremely young. He has his whole life ahead of him but Tessa Majors does not,’ the judge said.

Lewis told the court he felt ashamed, embarrassed and ‘sad in the role I played destroying two families’.

He apologized to both Tessa’s parents and his own father, saying he failed him and ‘became less human’.

Mandelbaum was skeptical, saying ‘sadly and troublingly, the defendant has learned no lessons’.

Lewis has been involved in numerous ‘violent acts’ while incarcerated, the judge said. He had beaten another inmate with a piece of metal wrapped in a sock.

He was also sentenced to 40 months to 12 years on the robbery count. It is unclear if the sentences will be served concurrently or consecutively, the Daily Mail reported.

Police and prosecutors have said Weaver was the one with the knife, but that Lewis was equally to blame. Weaver pleaded not guilty last month, and his trial date is expected to be set early next week.

Lewis may not have used the knife, but ‘was not just along for the ride’, prosecutor Matthew Bogdanos said.