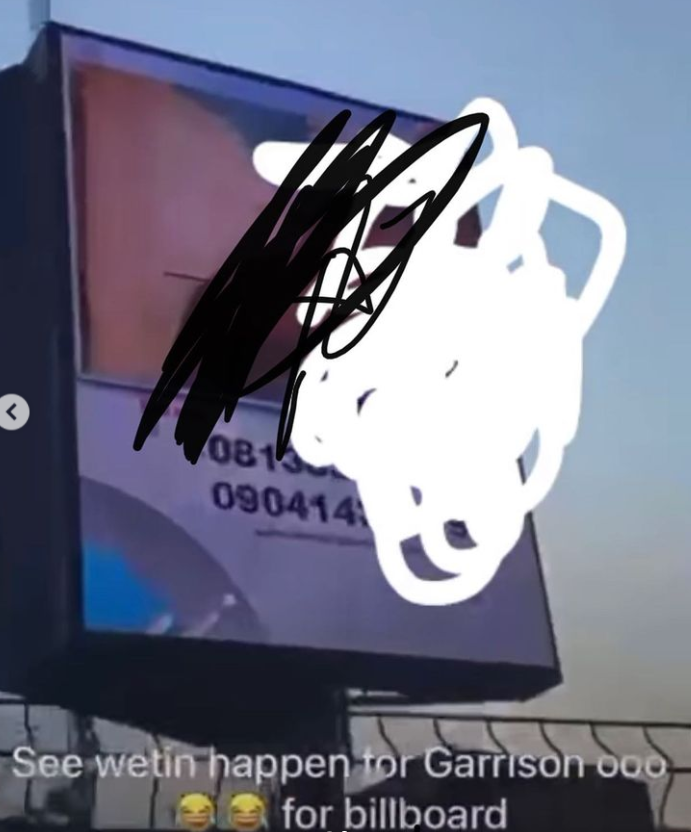 A video which captured moment a man in-charge of the billboard at Garrison in Port Harcourt, Rivers state capital, which displayed prn was arrested has been shared online.

LIB reported earlier that the billboard was shut down by Rivers State Signage and Advertisement Agency (RISAA) after a 60 seconds prn was displayed.

In the video shared online, a staff of the advertising company was seen being led out by armed security operatives.

Watch the video below……