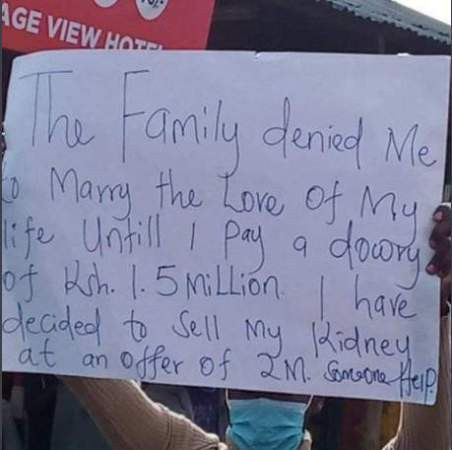 A Kenyan man has put up his kidney for sale to raise a Ksh 1.5M (N5.4m) bride price to marry his dream girl.

The unidentified man claimed that his in-laws denied him a chance to marry the love of his life for failing to raise Ksh1.5 million as dowry.

He asked social media users to help him raise the amount to marry his heartthrob, adding that he has opted to put up his kidney on sale in a bid to raise the required dowry.

“The family denied me the chance to marry the love of my life until I pay Ksh 1.5 million.

“I have decided to sell my kidney at an offer of Ksh 2 million. Someone help.”