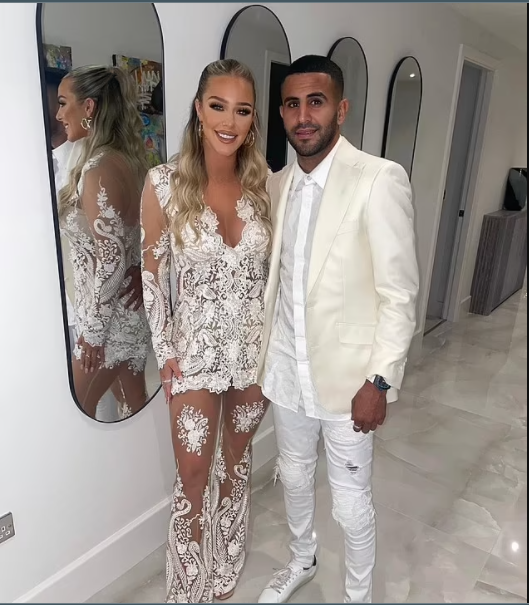 Manchester City star, Riyad Mahrez and Taylor Ward have ‘secretly married’ months after he proposed with a £400,000 ring.

The model, 23, and Manchester City footballer Riyad, 30, got married at a Muslim ceremony known as the Nikah and signed a contract to ensure they were legally married under Islamic law, The Sun reports.

Fashionista Taylor, who is the daughter of Real Housewives Of Cheshire star Dawn Ward, said the Arabic word ‘qubool’, which translates as ‘I accept’, three times on the day.

Algeria-born Riyad and Taylor will have another ceremony in the UK to make their marriage legal in Britain, according to The Sun.

‘For them as a couple it was important to follow the traditions of his religion.

The ceremony was short but sweet and has started them on their path to their second wedding which is very much going to be the main event. Taylor and Riyad are so excited and are very much in love.’

The pair announced their engagement on Instagram in July last year, with Riyad reportedly proposing with a £400,000 ring. 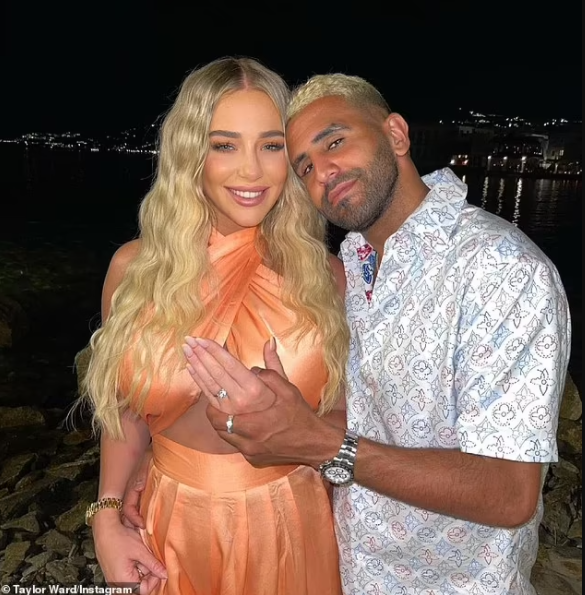 The couple marked their engagement with a white party in September, which was attended by friends and family.

The sportsman popped the question during the couple’s luxury summer trip to Mykonos with their family and friends.

Winger Riyad was previously married for six years to Rita Johal and shares two daughters with his ex-wife.