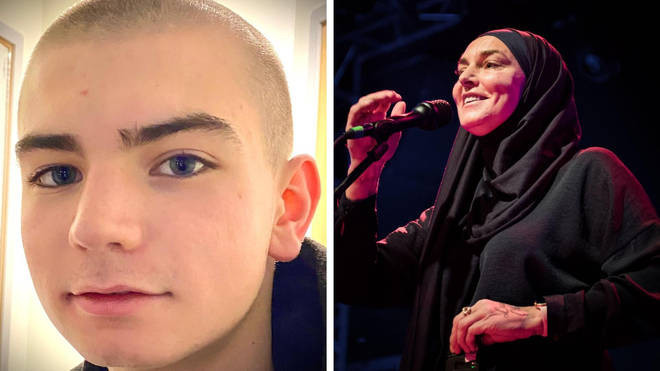 Sinead O’Connor has revealed that her 17-year-old son took his own life by hanging himself after he went missing from the hospital last week.

The heartbroken mother, 55, confirmed yesterday on Twitter that her ‘beautiful’ son Shane, who she described as ‘the light of her life’, had ‘decided to end his earthly struggle’.

The singer criticised the Irish authorities, including the child and family agency, Tusla, for their ‘refusal to accept responsibility’ and claimed ‘too many kids were dying on their watch’.

The Nothing Compares 2 U singer said she has identified the body of her son who was last seen in Tallaght, South Dublin, on Friday morning. He had gone missing from the hospital a day earlier.

In a post on social media, O’Connor wrote: ‘I have now formally identified the remains of my son, Shane. May God forgive the Irish State for I never will.

‘Now Tusla want to discuss with me ”a media release” no doubt wishing to have me join in their efforts to make this death of my child seem like it wasn’t at the hands of the Irish State.

‘Tusla and HSE to release dishonest statement in response to international questioning. A load of lies, refusals to accept responsibility. Couched as always in the omnipotent and false concern they claim to have for the privacy of the children who die on their watch.

‘I’m going to take private time now to grieve my son. When I am ready I will be telling exactly how the Irish State in the ignorant, evil, self-serving, lying forms of Tusla and the HSE enabled and facilitated his death. Magdalene Ireland never went away. Ask the youth.

‘And any statement out of Tusla suggesting they a) did their best b) care or c) have deepest sympathies for anyone here but their lawyers, is a load of crap trap that has killed too many kids and it isn’t going to wash this time. Too many kids are dying on Tusla’s watch.’ 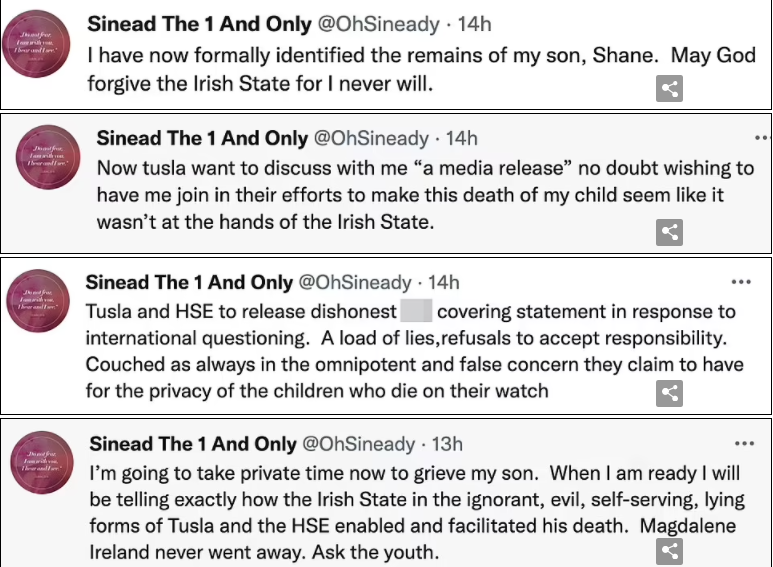 Sinead’s comments come after police released the final photograph of Shane before his death. 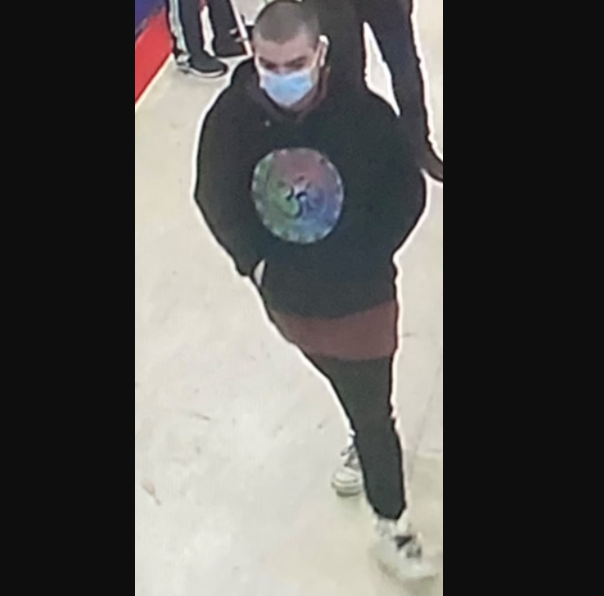 A HSE spokesperson told MailOnline: ‘The HSE cannot comment on individual cases when to do so might reveal information in relation to identifiable individuals, breaching the ethical requirement on us to observe our duty of confidentiality.’