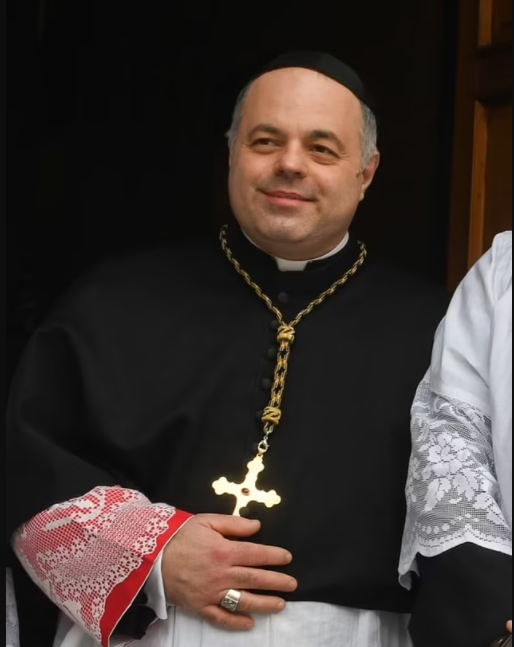 An anti-vax priest in Italy who said Covid jabs contained the cells of aborted embryos has died from coronavirus.

He died of complications from the virus after a month in hospital.

Before his death, he endorsed claims that some Covid vaccines were made from cells taken from aborted embryos.

The Santo Stefano Abbey wrote a tribute to him on Facebook which read: ‘Today our beloved Don Paolo has risen to Heaven surrounded by the affection of his relative and the prayer of all his faithful.

‘May the Lord reward him for all the good he has done here on this earth and may he forgive his shortcomings even if there were any.

‘Let us remember Don Paolo with these words of Saint Paolo the apostle, whom he loved: ”I fought the good battle, I finished my race, I kept my faith.

”Now I only have the crown of righteousness that the Lord, the righteous judge, will deliver me on that day; and not only to me, but also to all those who eagerly wait for his manifestation”.’

The news of Don Paolo’s death came on the same day an elderly anti-vax couple died from the virus within half an hour of each other at a hospital in Villafranca near Verona.

Irma Gilioli, 86, and Annibale Meneghelli, 93, died from complications with the virus 16 days after being hospitalised.

Just last Monday another anti-vaxxer in Italy died of Covid after he tore off his oxygen mask and insisted he did not have the disease. The man, named Luigi Cossellu by local media, reportedly denied the existence of Covid-19 and had refused to get the vaccine.