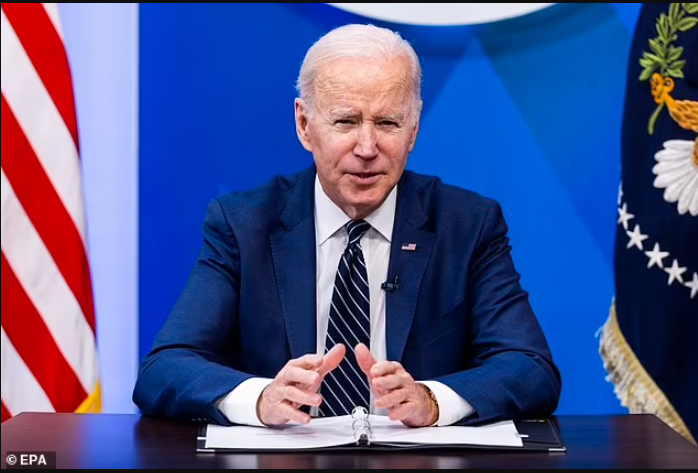 The Biden administration will formally declare that the Myanmar army has committed genocide against its Rohingya Muslim population, US officials said.

Secretary of State Antony Blinken plans to make the long-anticipated designation on Monday at an event at the US Holocaust Memorial Museum in Washington, according to officials who spoke on condition of anonymity.

‘It’s going to make it harder for them to commit further abuses,’ one senior State Department official told Reuters.

Blinken will also announce $1 million of additional funding for the Independent Investigative Mechanism for Myanmar (IIMM), a United Nations body based in Geneva that is gathering evidence for potential future prosecutions.

‘It’s going to enhance our position as we try to build international support to try to prevent further atrocities and hold those accountable,’ another US official said.

However, the measure could lead to additional international pressure on the government, which is already facing accusations of genocide at the International Court of Justice (ICJ) in The Hague.

Human rights groups and lawmakers had been pressing both the Trump and Biden administrations to make the designation.

‘I applaud the Biden administration for finally recognizing the atrocities committed against the Rohingya as genocide,’ Merkley said in a statement.

On Monday, Blinken will tour an exhibit entitled ‘Burma’s Path to Genocide.’ Myanmar is also known as Burma.

‘While this determination is long overdue, it is nevertheless a powerful and critically important step in holding this brutal regime to account,’ Merkley added.

‘Such processes must always be carried out objectively, consistently, and in a way that transcends geopolitical considerations.’

‘The US genocide declaration is a welcome and profoundly meaningful step,’ the group said in a statement.

‘It is also a solid sign of commitment to justice for all the people who continue to face abuses by the military junta to this very today.’

Merkley called on the administration to continue the pressure campaign on Myanmar by imposing additional sanctions on the government to include its oil and gas sectors.

‘America must lead the world to make it clear that atrocities like these will never be allowed to be buried unnoticed, no matter where they occur,’ he said.

Myanmar’s armed forces launched a military operation in 2017 that forced at least 730,000 of the mainly Muslim Rohingya from their homes and into neighboring Bangladesh, where they recounted killings, mass rape, and arson.

US officials and an outside law firm gathered evidence in an effort to acknowledge quickly the seriousness of the atrocities, but then Secretary of State Mike Pompeo declined to make a determination.

In 2021, Myanmar’s military seized power in a coup.

Blinken ordered his own ‘legal and factual analysis,’ a US said on condition of anonymity.

The analysis concluded the Myanmar army is committing genocide and Washington believes the formal determination will increase international pressure to hold the junta accountable.

Myanmar’s military has denied committing genocide against the Rohingya, who are denied citizenship in Myanmar, and said it was conducting an operation against terrorists in 2017.