US president, Joe Biden looked lost and disoriented when he turned around and stuck his hand out as if to shake hands but there was no one else on stage on Thursday, April 14.

Just before the gaffe, the 79-year-old president said that he had served as a ‘full professor’ at the University of Pennsylvania despite never teaching a class at the school.

Footage from the event shows Biden ending the speech in Greensboro, North Carolina, with the signoff ‘God bless you all’ before turning to his right and saying something to the empty space behind him before bringing out his hand to shake the air. 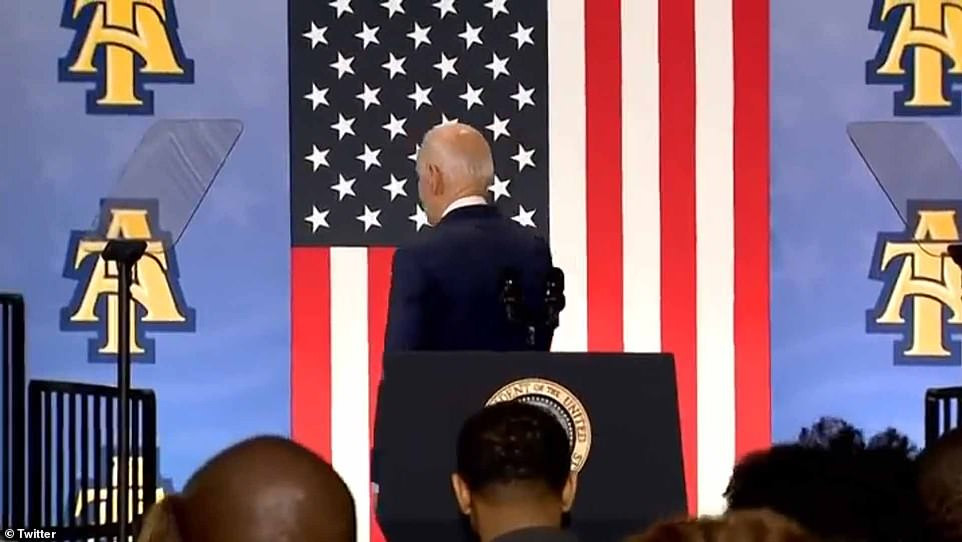 He then frantically turns back with a bewildered look on his face and then wanders around the crowded auditorium.

This comes just a week after Biden looked disoriented during an event that saw former President Barack Obama visit the White House for the first time since leaving office. 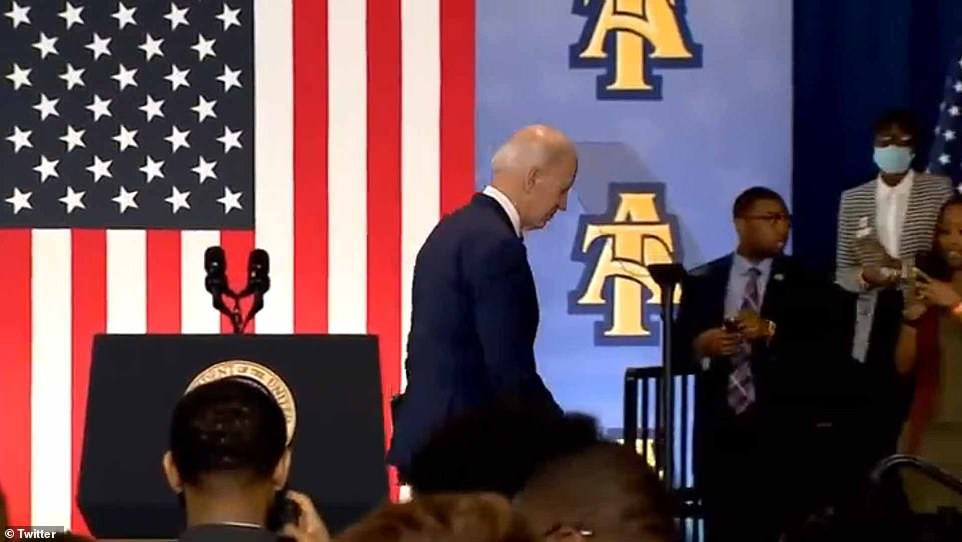 Footage of the incident has been shared on social media prompting backlash against the White House for Biden’s apparent cognitive decline.

See the video and some reactions below… 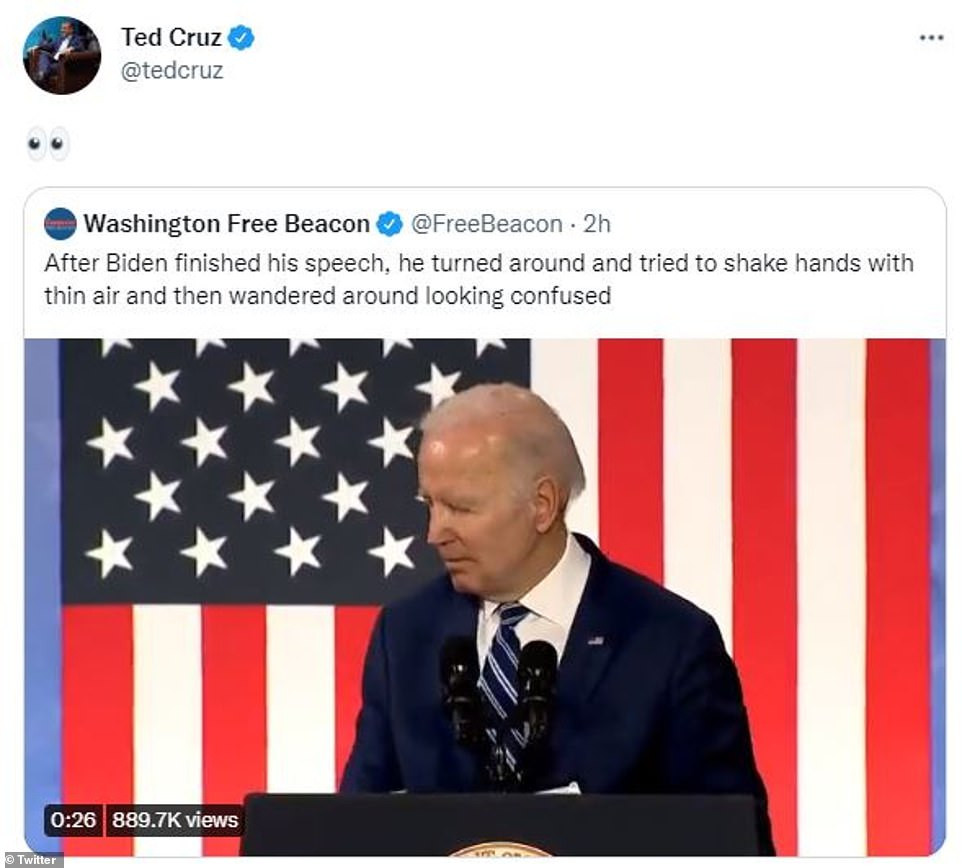