Emmanuel's Blog
Home Blog Doctors use an electric drill to remove a plastic ball from a... 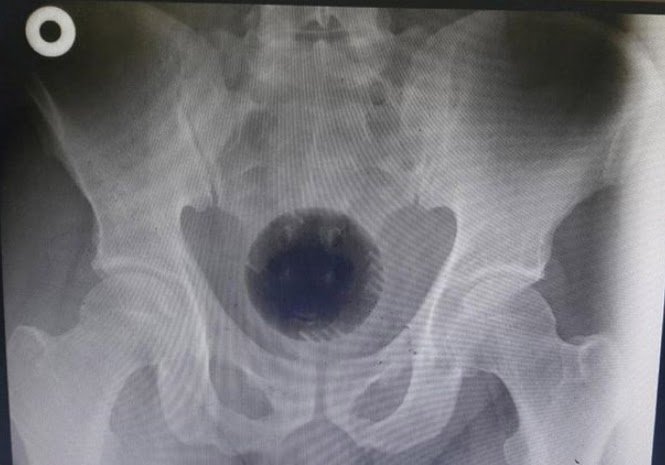 A 51-year-old man had to be rushed to hospital after getting a carpet cleaning ball stuck in his an••us.

The man tried to remove the 7cm to 8cm diameter plastic ball by himself using a screwdriver and a spoon.

When it didn’t work, he turned up to A&E in excruciating pain.

The man and his wife told doctors that he’d inserted the ball two days earlier to “treat his haemorrhoids”, but doctors at the hospital found no evidence that he suffered from haemorrhoids.

Doctors found it difficult to extract the ball as it was wider than the patient’s pelvic outlet.

Having located the ball using X-rays and an abdominal CT scan, doctors attempted to remove the ball but they failed.

In their second attempt, doctors opted for a laparotomy, where “abdominal wall layers are opened layer by layer” before trying to “push the ball down through the rect•um”, the Metro reported. However, this method also didn’t work.

Seeing no other way around it, Doctors had to dissect the ball first before they could remove it. They did this by using an electric drill to puncture the ball before chopping it up into three parts.

It took doctors seven hours to complete the surgery and discharge the patient with a colostomy bag, booking him in for a proctosigmoidoscopy examination two months later.

The man has reportedly complied with his treatment plan and follow-up visits after being discharged.