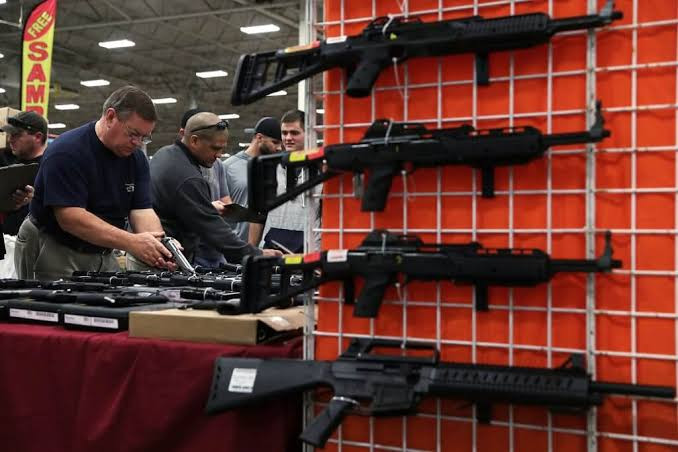 The US Senate has passed a gun control bill the most significant firearms legislation in 30 years.

The bill comes after mass shootings last month at a supermarket in Buffalo, New York, and a primary school in Uvalde, Texas, that left 31 people dead.

Fifteen Republicans joined Democrats in the upper chamber of Congress to approve the measure by 65 votes to 33 on Thursday June 23.

The bill will now have to pass in the House of Representatives before US President Biden can sign it into law.

In a statement released after the vote, the president called on members of the House to “promptly vote on this bipartisan bill and send it to my desk”.

“Tonight, after 28 years of inaction, bipartisan members of Congress came together to heed the call of families across the country and passed legislation to address the scourge of gun violence in our communities,” Biden said.

“Families in Uvalde and Buffalo — and too many tragic shootings before — have demanded action. And tonight, we acted.”

The reforms include tougher background checks for buyers younger than 21 and $15bn (£12.2bn) in federal funding for mental health programs and school security upgrades.

It also calls for funding to encourage states to implement “red flag” laws to remove firearms from people considered a threat.

And it closes the so-called “boyfriend loophole” by blocking gun sales to those convicted of abusing unmarried intimate partners.

House Speaker Nancy Pelosi has vowed to take the bill through the House quickly, despite Republican leader Kevin McCarthy urging his members to vote against the bill.

“First thing tomorrow morning, the Rules Committee will meet to advance this life-saving legislation to the floor,” Pelosi said after the vote.

The bill is also significant because it is the first time in decades that proposed reforms have received this level of support from both Democrats and Republicans. Historically, efforts to strengthen US gun laws have been blocked by the Republican party.

The US has the highest rate of firearms deaths among the world’s wealthy nations – more than 20,900 people have been killed in gun violence in the US this year, including through homicide and suicide, according to the Gun Violence Archive, a non-profit research group.