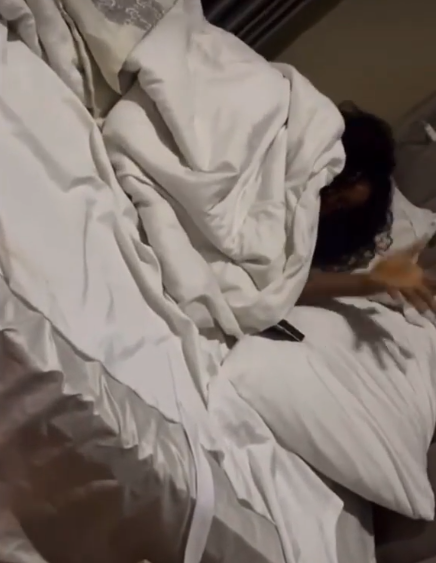 A xworker has been spotted in a viral video complaining about her client not “comming”.

In the video, the lady was heard saying that the male client has been deceiving her by saying that he will soon ej. acu late but has not done so.

She also revealed that he didn’t bother to buy her food and drink, claiming the client came with a phone to record a tape.