Emmanuel's Blog
Home Blog “Are you not entertained?” Man climbs crane and str.ips near Washington Square... 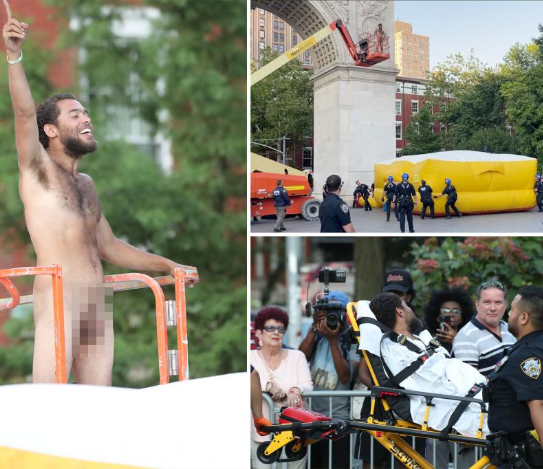 A man climbed atop a construction crane and stri.pped nkd in full view of parkgoers at Washington Square Park on Monday, July 11.

The man, who was already shirtless, climbed up a condor crane next to the Washington Square Park arch, stood atop its platform and removed his tru.nks while shouting and threatening to jump.

“Are you not entertained?” he yelled with his arms outstretched.

He repeatedly inched closer to the edge of the platform and threatened to jump several times.

Spectators begged him to move away from the edge as police and firefighters arrived at the scene. 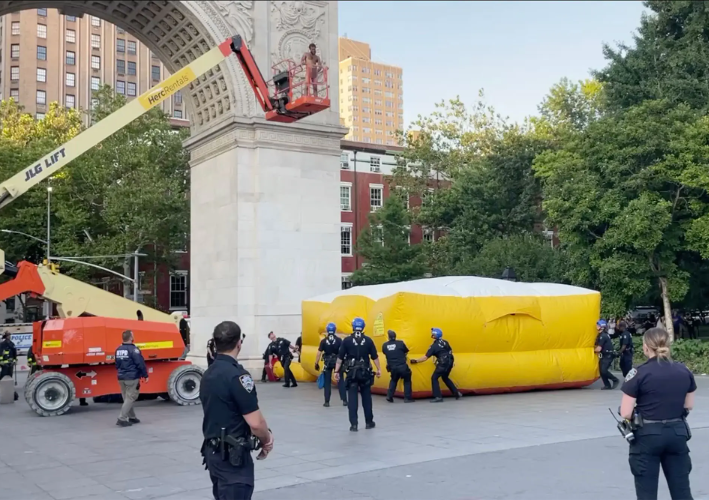 The nkd man was eventually brought down to safety and arrested at the scene. 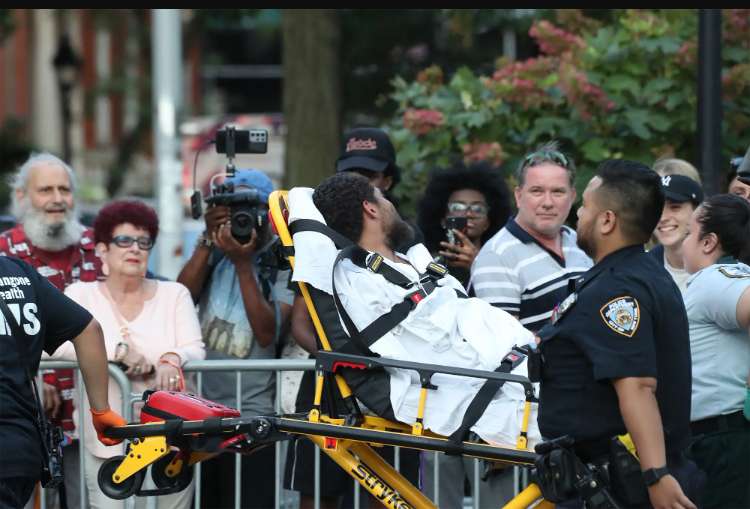