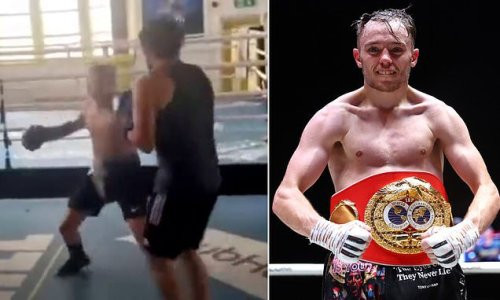 British professional boxer, Sunny Edwards, who is the current flyweight world champion had to beat up a ‘Twitter troll’ who travelled from London to his gym in Sheffield to settle their online spat.

His opponent, Fab Tanga paid £110 to travel 200 miles by train for the fight after days of an online spat between them.

Tanga’s proposed Yorkshire match-up started on Friday July 22, when he said: ‘I promise, Sunny Edwards, I promise on my life that if you are not going to answer, Tomorrow morning I will be in front of your gym between 11 and 12. If you let me spend the money I use to eat and you will not there, I will walk all Sheffield screaming that you are a coward.’

He later added: ‘For the little I know about Sunny Edwards, I and him we don’t give a s*** of what you think, we want just fight. Probably we will not sleep tonight, probably tomorrow morning our adrenaline can turn on the light of the whole UK. He is a warrior, he will be there, we will fight as warriors.’

On the day of the fight, Tanga had to retire from the impromptu clash in the second round from exhaustion, after being left on the ropes by Edwards.

When Tanga arrived in Yorkshire, he posted a photo outside Edwards’ gym in the Steel City.

This message prompted the 26-year-old flyweight champ to drive to the gym – with his two young kids in the back seats.

In a video on route to the gym, posted on Twitter, Edwards said: ‘I’m on the way right now, don’t go anywhere you little f***ing helmet.’

The clash later took place with live streamed footage showing Edwards landing early headshots on the inexperienced Tanga. The fight later got into the second round, with Edwards sending Tanga into the ropes with aright punch, before he quit with exhaustion from the unexpected bout.

The pair have since shared positive tweets about each other since the fight, signaling an end to their long-running dispute.

Edwards said: ‘He defo won my respect’, whilst Tanga tagged the victor, tweeting: ‘You demonstrated to me that in UK there are at least one SUPER CHAMPION’. 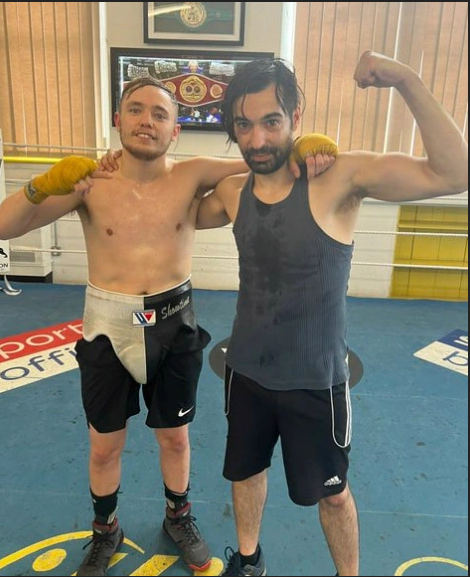 Edwards won the IBF flyweight belt in May 2021 when he earned a unanimous points victory over South Africa’s Moruti Mthalane. 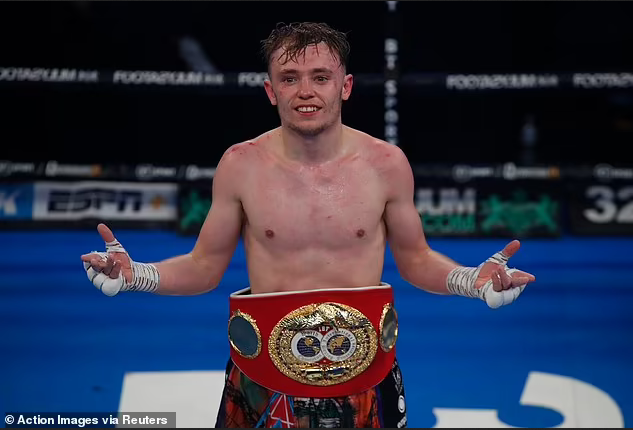 The 18-0 fighter became the second member of his family to win a flyweight world title after his brother Charlie, and still retains that IBF crown, most recently beating Muhammad Waseem in March.