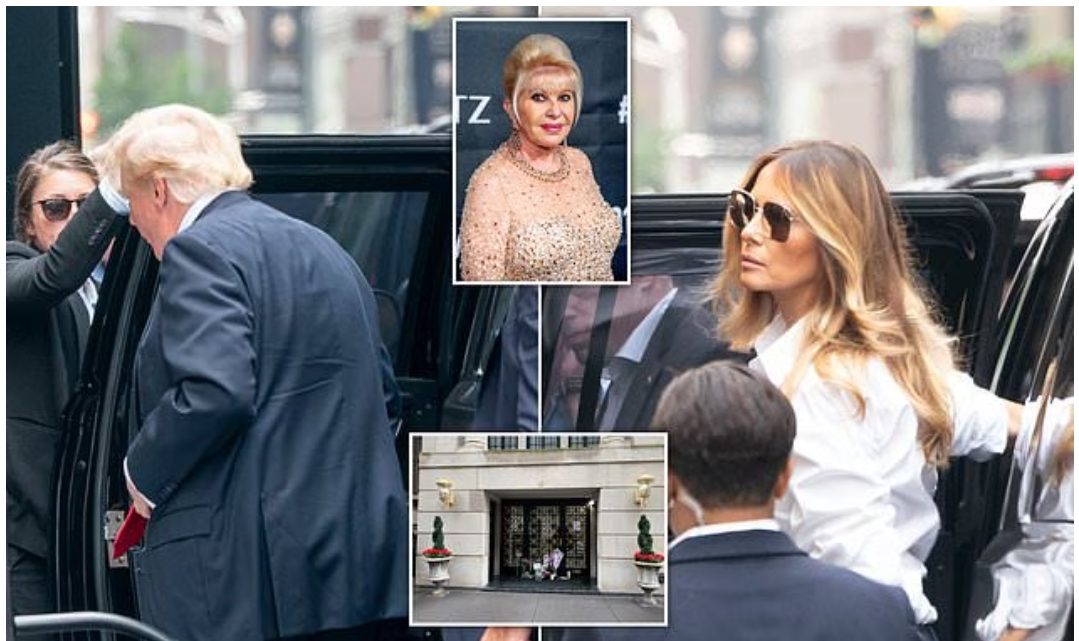 Ex-President of the US, Donald Trump and former First Lady Melania Trump were seen arriving in New York City two days before funeral services that have been announced for his first wife, Ivana Trump.

The couple returned to their old residence in Trump Tower on Monday July 18, four days after Ivana, 73, was discovered dead and alone in the staircase of her Upper East Side home. 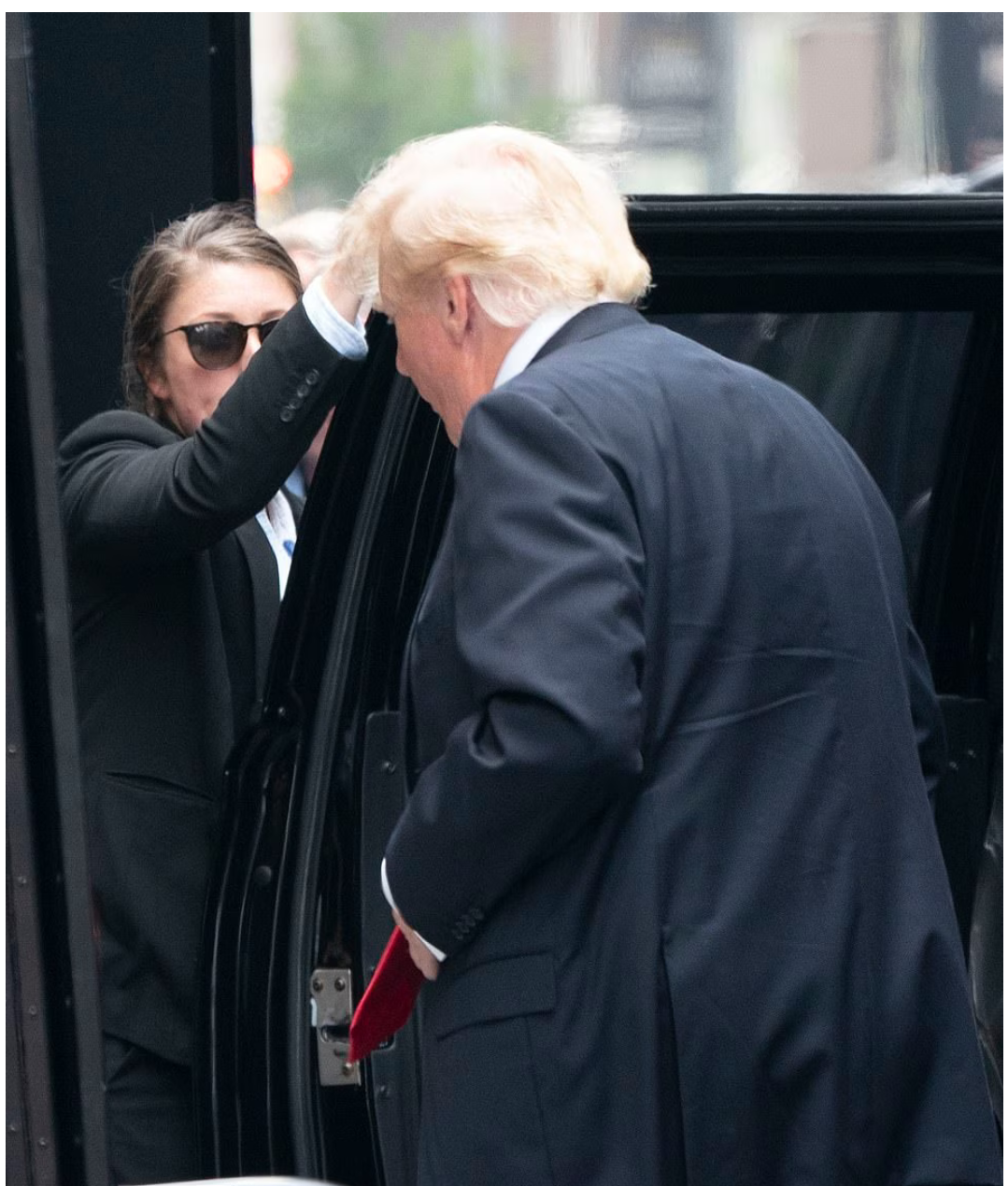 The couple got into Manhattan shortly after it was revealed that Ivana’s memorial service would be held on Wednesday at St Vincent Ferrer Catholic Church in her neighborhood. Her Celebration of Life is scheduled to start at 1.30pm. Ivana will be buried following the service. 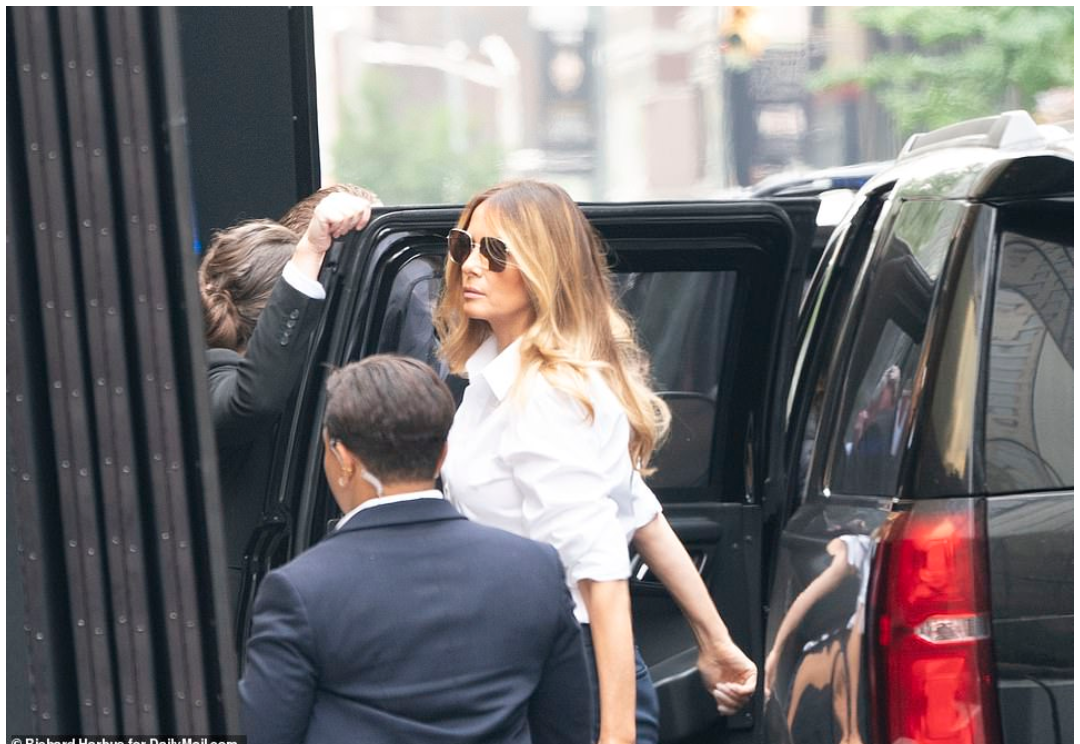 Ivana’s three children Donald Trump Jr, Ivanka Trump and Eric Trump are expected to be present at the service. While not immediately confirmed, it appeared that the former president and Melania will also attend. 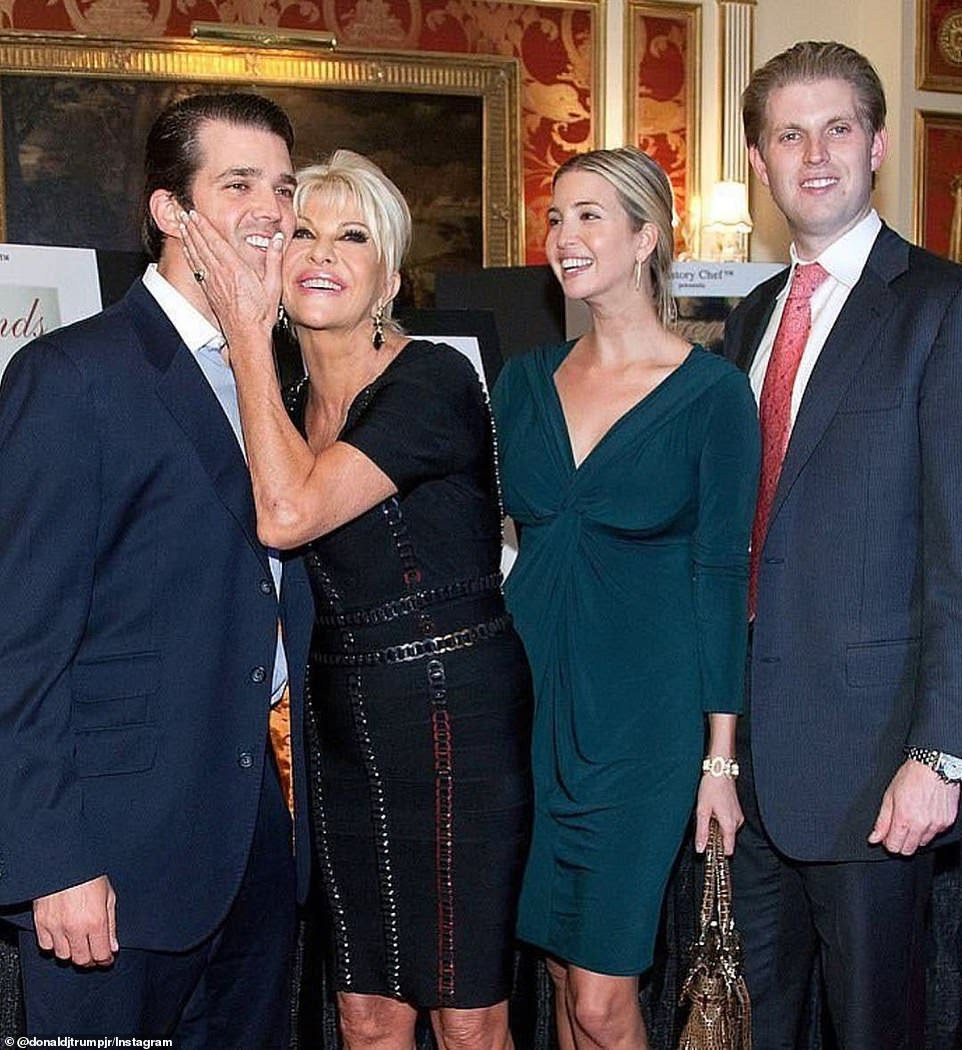 Ex-President Trump, 76, wore a black suit as he exited an SUV and was escorted by the Secret Service into the luxury high-rise. Melania wore a white collared shirt, black lacks and sunglasses. 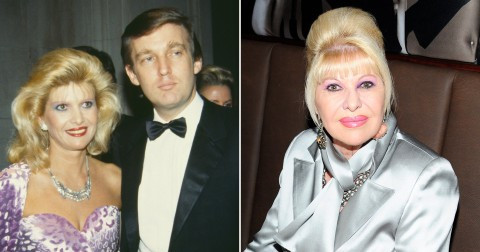 Ivana, a socialite and businesswoman, was born in Czechoslovakia in 1949. She was married to Donald from 1977 to 1949 and held executive positions within the Trump Organization before starting her own jewelry, clothing and beauty product lines.