Those shot include a 31-year-old man who is in critical condition after he was shot in the back, cops said.

The victims were among eight people shot in the city in the early morning hours, including a woman who appeared to be an innocent bystander, cops said.

The bullets flew at the Boardwalk and West 21st Street where a “large group” of people were gathering around 2 a.m., a police spokeswoman said. 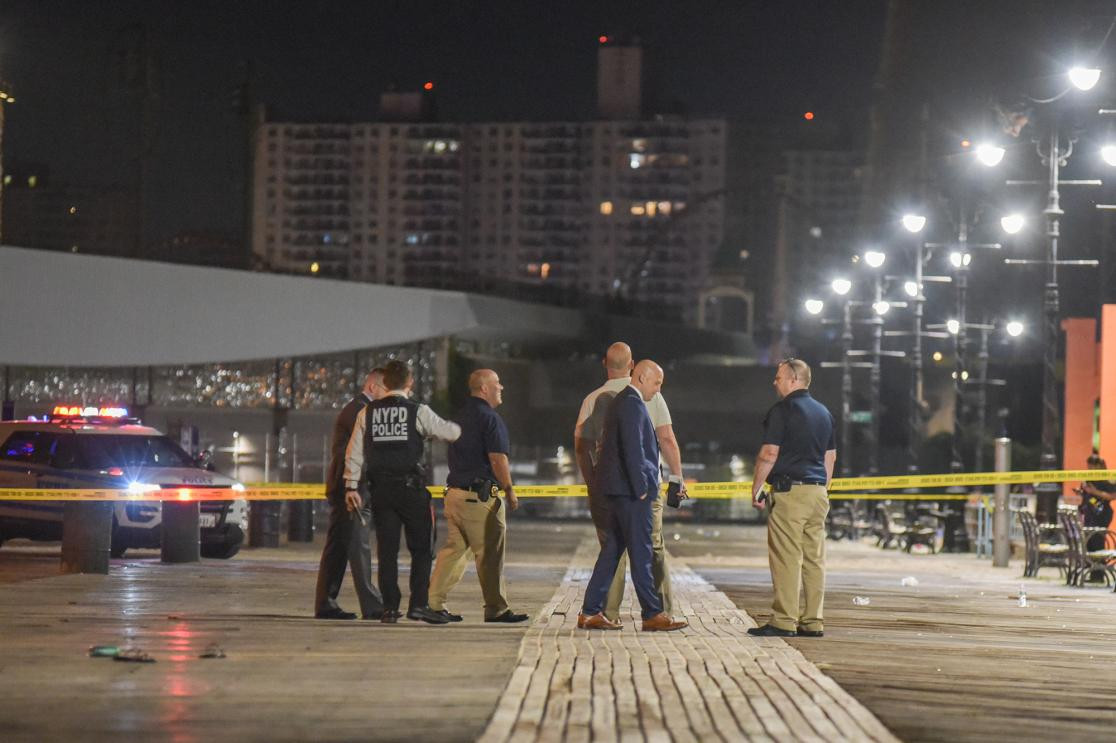 More than two dozen bullets were found on the scene.

Meanwhile, a 31-year-old woman was shot in the arm while walking on a Brooklyn street around 3:26 a.m., cops said.

The woman was walking at Emmons Avenue and Nostrand Avenue when a bullet struck her.

“It just seems like she was walking and got hit,” a police source said, adding that the woman appeared to be an unintended target.

Two more men were shot during a dispute outside a Bronx nightclub around 2 a.m.

A 21-year-old man was shot in the hip and a 26-year-old was shot in the stomach at Last Stop Bar & Grill on White Plains Road, cops said. Both of them went to hospitals in stable condition.

Two suspects fled the scene on foot. It was unclear what the dispute was about, cops said.