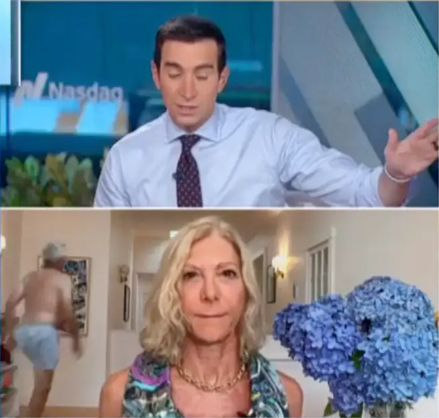 A CNBC guest was live on air when a man in just his underwear was seen walking behind her.

The morning TV segment on CNBC’s “Squawk Box” was underway when the guest, who was speaking from home, got interrupted.

CNBC anchor Andrew Ross Sorkin was interviewing Aureus Asset Management CEO Karen Firestone when the pair were interrupted by the sound of a barking dog.

Sorkin responded to the barking by saying it was just a sign of the “dog days of summer” on Wall Street. But as he proceeded to ask Firestone where markets are headed this fall, a man in his underwear could be seen scampering across the background of CNBC’s live shot.

Both Sorkin and Firestone ignored the incident and continued with the interview.