Emmanuel's Blog
Home Blog Nicki Minaj pushes a fan trying to take a selfie with her... 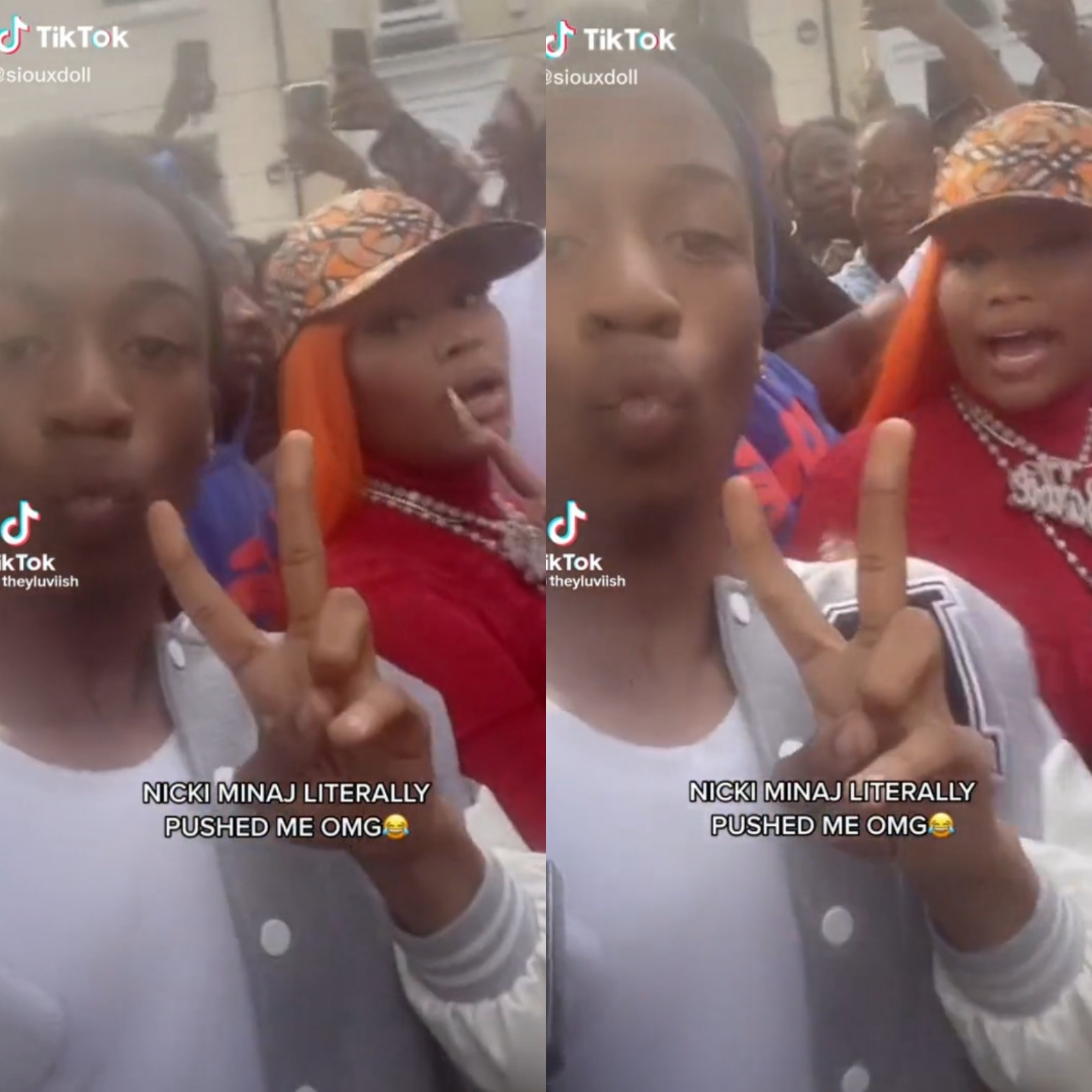 Nicki Minaj was filmed pushing a fan who tried to take a selfie with her at a meet and greet in the UK.

The rapper was swarmed by fans during the event and she’s seen shushing and scolding her fans while trying to restore order.

One fan then tries to quickly take a selfie with her and she’s seen pushing him.

The fan who was pushed appeared unbothered and later posted on TikTok: “I’m just happy Nicki touched me, all love.

“Thank you Nicki for stopping by.” 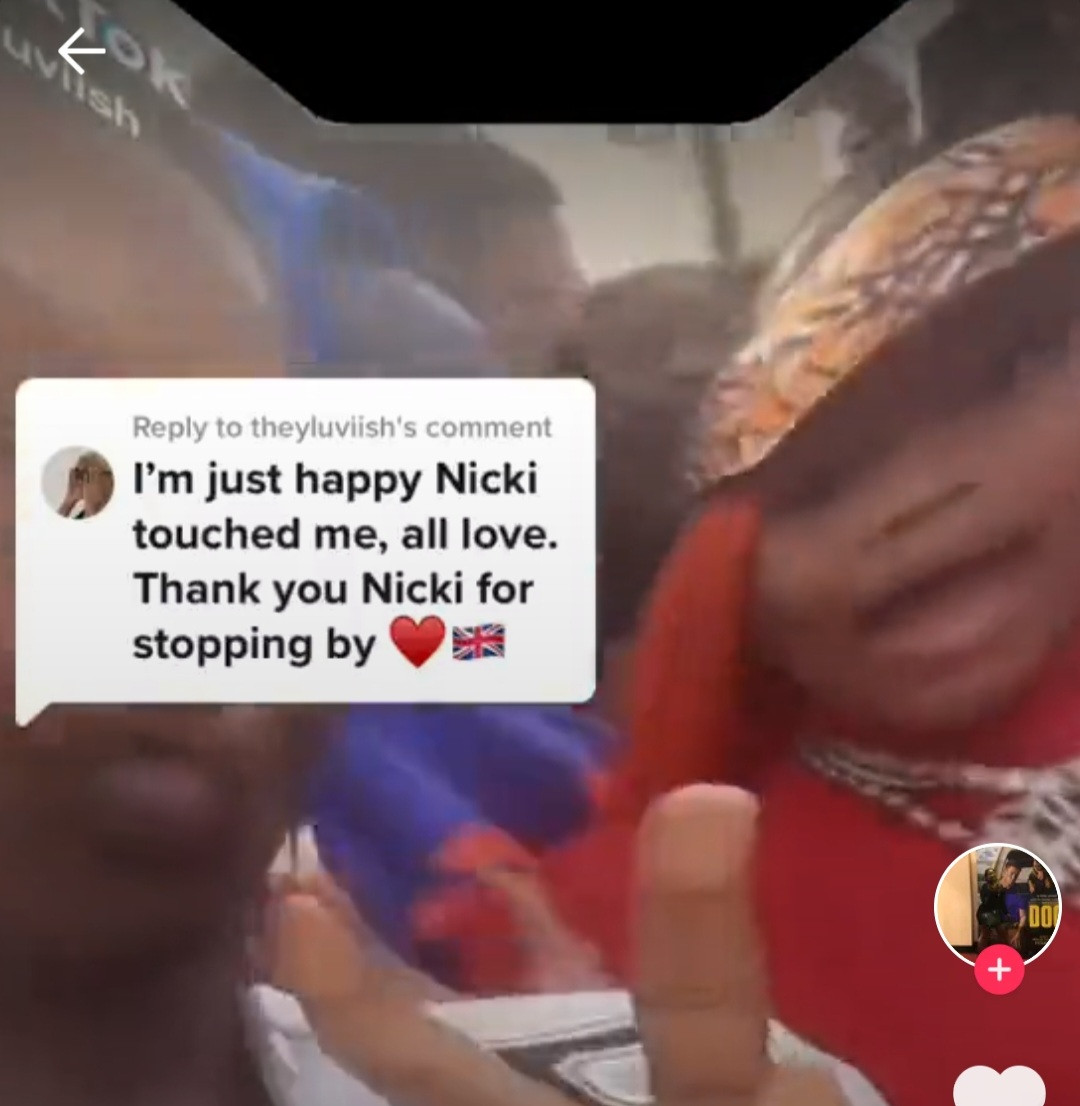