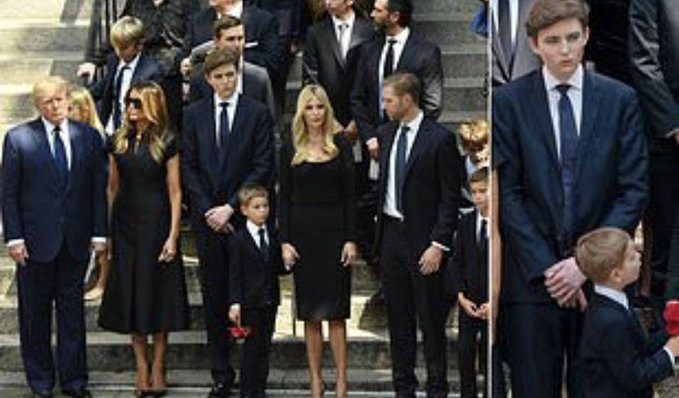 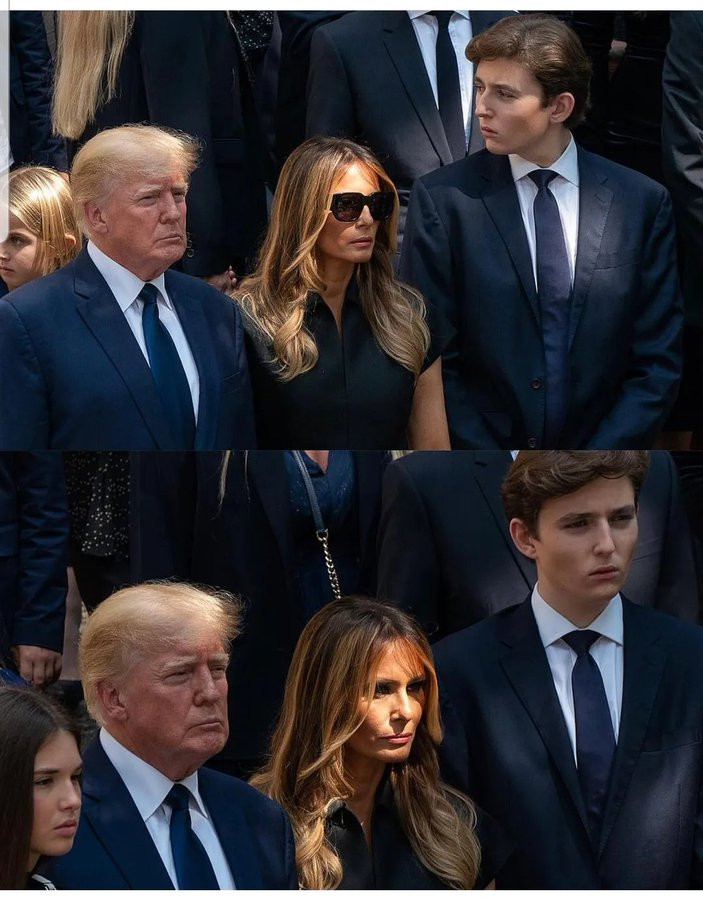 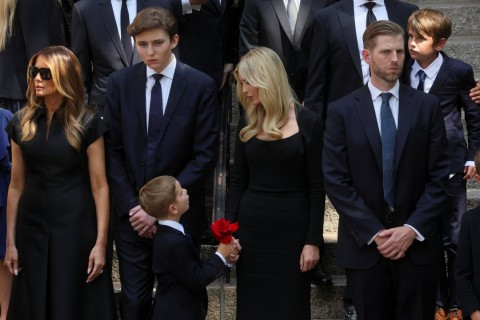 Melania’s son, aged 16, stands at 6.6ft. During the burial ceremony on Thursday, July 12 he appeared alongside various relatives to pay their respects to his father, Donald’s first wife who died at her home last Thursday.