Emmanuel's Blog
Home Blog “The egg only took 20 minutes to cook” Woman shares how she... 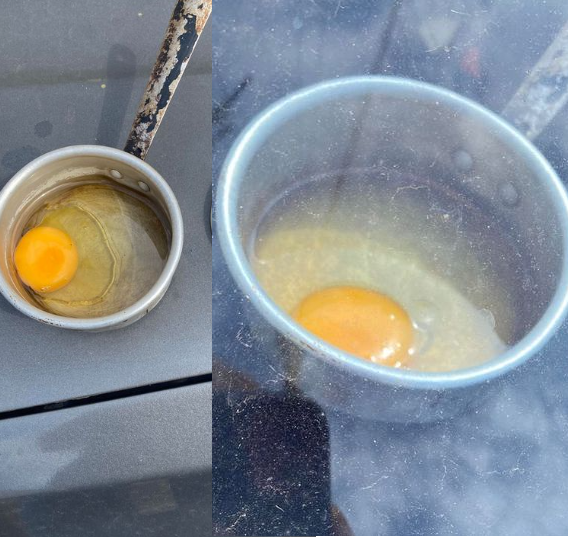 A woman has claimed that the heatwave in the UK made it possible for her to fry an egg on the dashboard of her car.

Jill Hembury, 62, decided to place a broken egg into a pan and cook on the dashboard of her car during yesterday’s heatwave, July 18, where the temperature peaked at 38.1C in Suffolk. 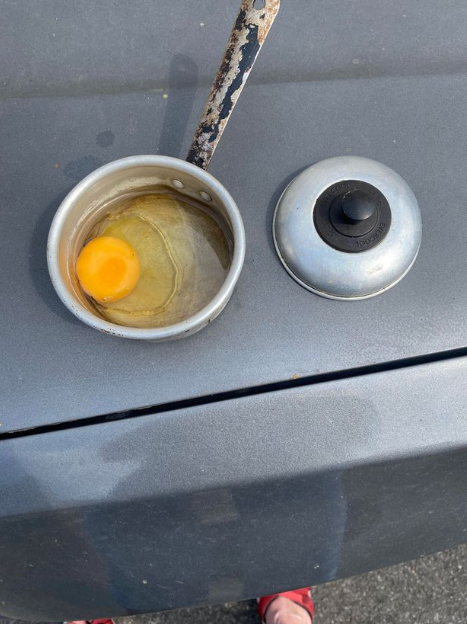 She said the egg fried with just the heat from the sun.

Sharing photos of the egg before and after, the gardener from St Werburgs, Bristol said: “Walking out of the front door is like walking out of an airplane in Spain.

“The egg only took 20 minutes to cook – it was hilarious!” 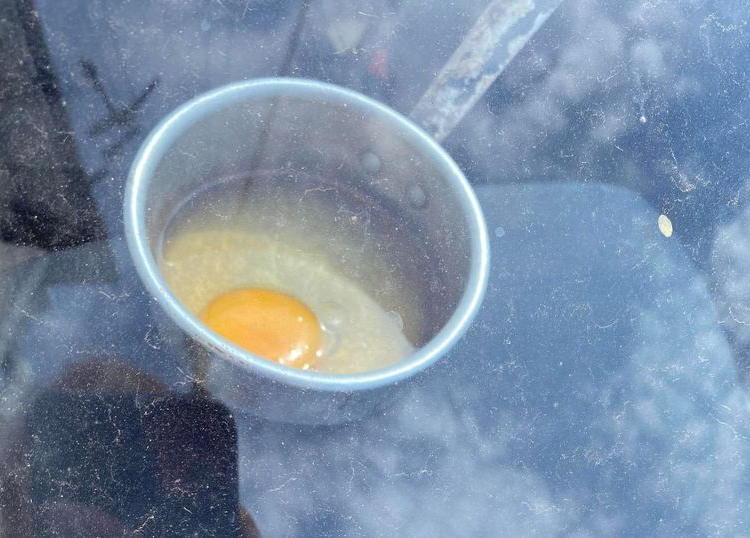 Jill used a thermometer to measure the temperature and she claims that her Honda Civic, where the pan of egg was placed to cook, was at least 45 Degrees Celsius.

She said: “The thermometer actually went off the top when I placed it on the dashboard – it went to 45 degrees and then wouldn’t go any further.” 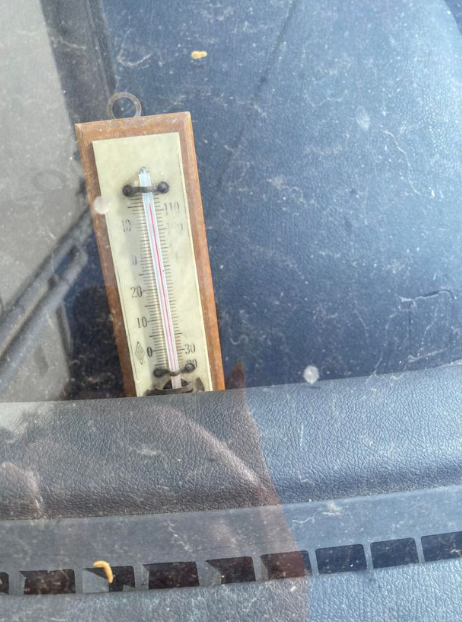 Jill said she plans to cook not just eggs, but salmon and toast too.

Jill isn’t the only person cooking eggs on the dashboard of their car.

A woman named Gladys posted a video on TikTok of an egg in a frying pan on a dashboard of a car with an in-car thermometer reading a temperature of 40C.

Gladys said: “I work as a community carer and we had been so hot travelling around in the car, that I brought in two thermometers to check what the temperature was inside. The temperature at one point had reached 58.3°C!

“Just the day before I was discussing the weather with a friend and I thought, ‘I wonder if you could cook anything in the car?’, so I gave frying an egg a go! It fully cooked after about an hour of sitting in the vehicle. I couldn’t believe it.” 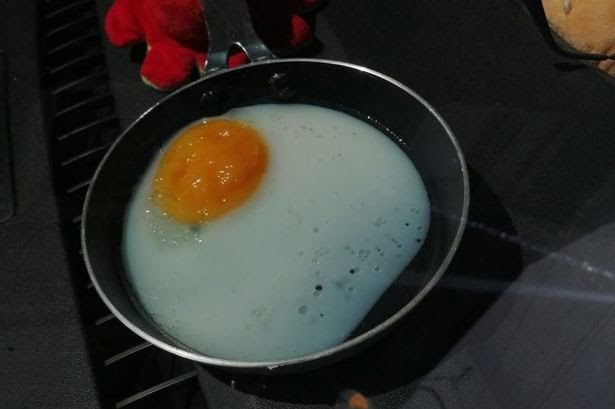