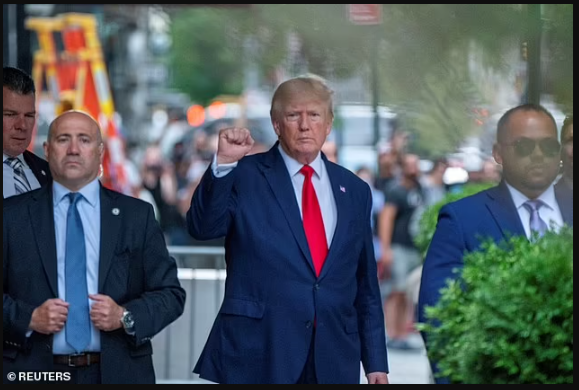 Donald Trump reportedly took 300 classified documents with him when he left the White House.

The scale of the former president’s cache of files is what pushed the Justice Department to launch their unprecedented raid on August 8, according to The New York Times.

The paper reported the first tranche of 150 classified documents were returned to the National Archives in January. Some of the rest were returned in June, and the remainder were seized in the August raid on Mar-a-Lago.

In the August search, FBI agents removed 26 boxes, including 11 sets of material marked as classified. 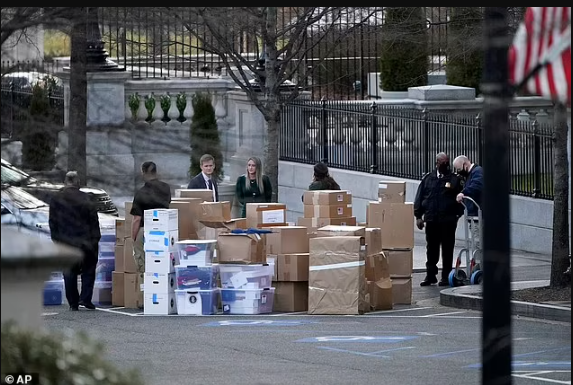 The report said one set had the highest level of classification, top secret/sensitive compartmented information.

It remains unclear what the classified material discussed.

A receipt made public following the August search said there were classified documents relating to French president Emmanuel Macron and documents detailing the clemency Trump granted to his longtime backer Roger Stone.

The paper reported the 15 boxes Trump handed over in January – nearly a year after he left office – included documents from the CIA, the NSA and the FBI.

Trump reportedly went through the boxes himself in late 2021 before handing them over.

On Monday, Trump sued the federal government and asked for a special master to determine what materials seized from Mar-a-Lago can be used in the investigation into him.

The former president filed the lawsuit in the US District Court in the Southern District of Florida saying his Fourth Amendment rights had been violated by the seizure of certain documents, including two of his passports.

It comes as a magistrate in Florida prepares to decide whether to unseal the search affidavit that led to the raid earlier this month. ‘Politics cannot be allowed to impact the administration of justice.

President Donald Trump is the clear frontrunner in the 2024 Republican Presidential Primary and in the 2024 General Election, should he decide to run’, the lawsuit reads.

It adds that the raid on Mar-a-Lago was ‘shockingly aggressive’ and the move showed ‘no understanding of the distress that it would cause most Americans.’

‘Like all citizens, (Trump) is protected by the Fourth Amendment to the United States Constitution. Property seized in violation of his constitutional rights musty be returned forthwith’.

The lawsuit pivots between constitutional arguments about rights to protection from unreasonable search and seizure to some of Trump’s long-held grievances.

It says the DOJ and FBI have treated Trump ‘differently than any other citizen.’

It says ‘text exchanges between the lead agent (Peter Stzrok) and his paramour (Lisa Page) reflect their complete disdain and bias against President Trump and his supporters, while they were entrusted with probing the farcical Russian collusion claims.