Emmanuel's Blog
Home Blog Woman ends up in hospital for surgery after getting vi,brator stuck up... 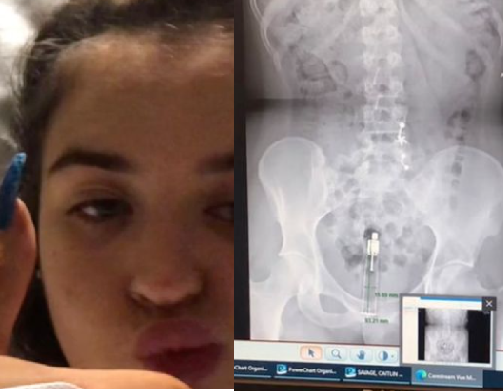 A woman revealed she had to undergo surgery after her vi,brator got stuck in her bum during a steamy sex session with her boyfriend.

Caitlin Savage went viral on TikTok after she shared a slideshow of photos showing herself in a hospital bed with x-rays showing the sex toy buried deep in her anus. 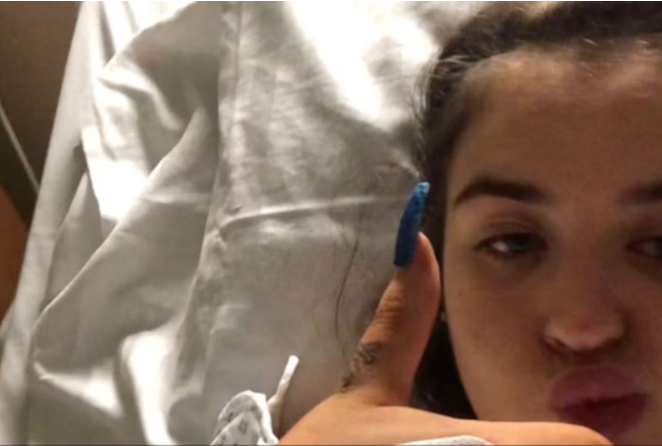 The student nurse captioned the clip: “Worst day of my entire life. Lesson of the day: don’t put things where they shouldn’t go.”

Viewers flocked to the comments demanding to know how it happened, so she posted a follow-up video.

In the video, she explained: “Basically, what happened was, me and my boyfriend were sex — lush and we decided to put something up my bum. 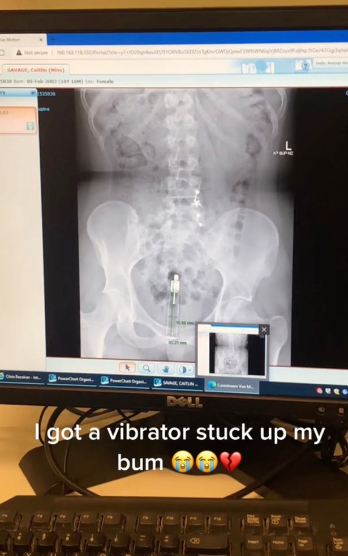 “Obviously, the vi,brator got stuck. I couldn’t get it out like I tried everything, I sat on the toilet, I used poppers, I’d use lube and literally nothing was coming out.

“I had to go to the hospital. It was mortifying. I’ve never been more embarrassed in my entire life. I couldn’t talk to the doctors about it.

“Like I’m a student nurse at the minute and now when I think about it it’s not even that bad what I was saying, but I was just so mortified.

“I had to get put to sleep and have this vi,brator removed, like for an operation, because it was so far up. I wouldn’t have been able to push it out myself.

“I was stuck in hospital for ages and then they asked if I’d wanted it back. They gave me it in a black bag and I was like no, thank you.”

One person wrote: “If it makes you feel better my mum works in X-ray she’s seen a boy with a round door knob stuck up there.”