Emmanuel's Blog
Home Uncategorized Mike Tyson offered Remy Ma a car for her to spend the... 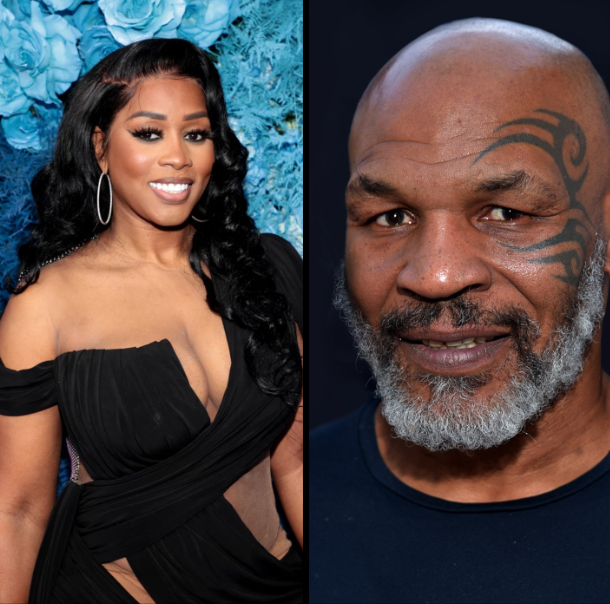 Mike Tyson once offered rapper Remy Ma an expensive car for her to spend the night with him.

Fat Joe made this revelation on the latest episode of Mike Tyson’s Hotboxin’ podcast.

Mike Tyson listened as Fat Joe recounted the time the former boxer offered Remy Ma a luxury car in exchange for one night together.

Fat Joe and Angie Martinez stopped by for an interview on the podcast, and at one point Joe recalled what went down when he got invited to the boxing legend’s home.

Fat Joe recounted: “Mike invites me to the house, and he says, ‘Bring Remy Ma with you’.”

He continued: “This was around ‘Lean Back’ or some shit like that. We go to the house, he opens the door butt naked, right? … Mike opens the door ass naked, I’m like, ‘Yo Mike what the fuck is up bro?’”

As Joe told the story, Mike can be seen struggling to hold back laughter.

Joe continued: “So he closed the door, he comes back with a towel. He says, ‘Nah this is just boxing shit, you don’t box or shit we comfortable with this’. I’m like, ‘What the fuck, could you put on some fucking clothes, Iron Mike?’ … He takes me on a tour of the house, and I’m not lying to you every room I walked in there was a chick in every room.”

Joe kept asking Mike if it was okay to tell the story as he continued and Mike gave him permission.

Joe then disclosed: “He wanted to keep Remy Ma, right? He offered—he showed us some convertible Benz, new shit. He was like, ‘You can keep this, all you got to do is spend one night.’ She looked at me, like, ‘Joe if you don’t get me the fuck out this house, Joe.’ I was like, ‘Mike we can’t do that, she’s my sister.’ He’s like, ‘Well come on Joe.’ … He offered us some fucking 500 Benz.”

Mike Tyson did not refute the story. He stressed that both Remy and him were not married at the time, and that ultimately he was just “busting her chops” over the situation.