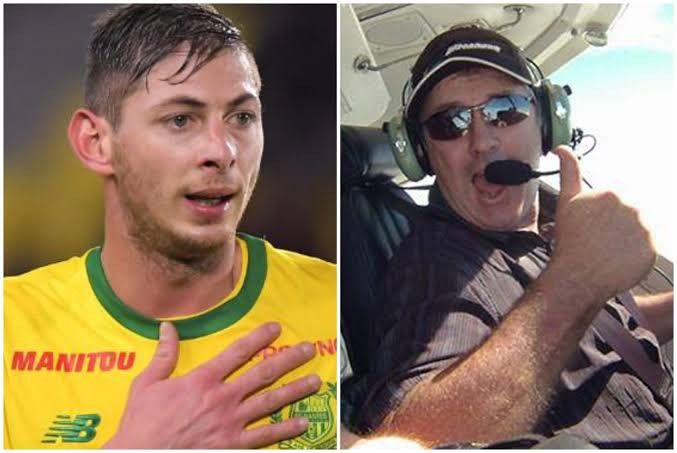 The pilot of Emiliano Sala’s plane told friends the aircraft was “dodgy” before the flight that killed the Argentine footballer, a new audio has revealed.

Sala had just become then Premier League side Cardiff City’s £15m record signing from French club Nantes when the plane crashed into the English Channel, killing them both.

He was flown by David Ibbotson – a part-time pilot who didn’t have a licence to carry paying passengers and whose body has never been found – back to western France to say his goodbyes and collect some belongings.

He flew to Nantes on Saturday, 19 January, and planned to return on the Monday – the day of the crash.

Audio of a telephone call to a fellow pilot has been exclusively obtained by the BBC, revealing for the first time the technical difficulties Ibbotson had faced on the journey to France. 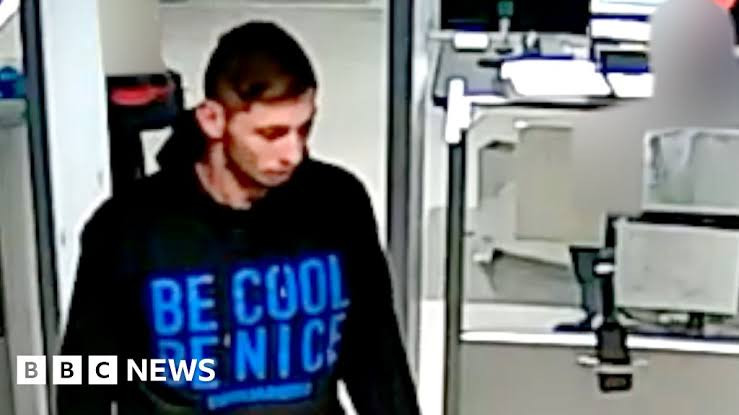 In it, he says he heard “a bang” during the flight and complained that he could feel a “very low mist” inside the 35-year-old Piper Malibu plane.

“I’m flying along and then ‘boom’. I thought, ‘what’s wrong?’ So I put everything forward and checked my parameters, everything was good and it was still flying, but it got your attention.” 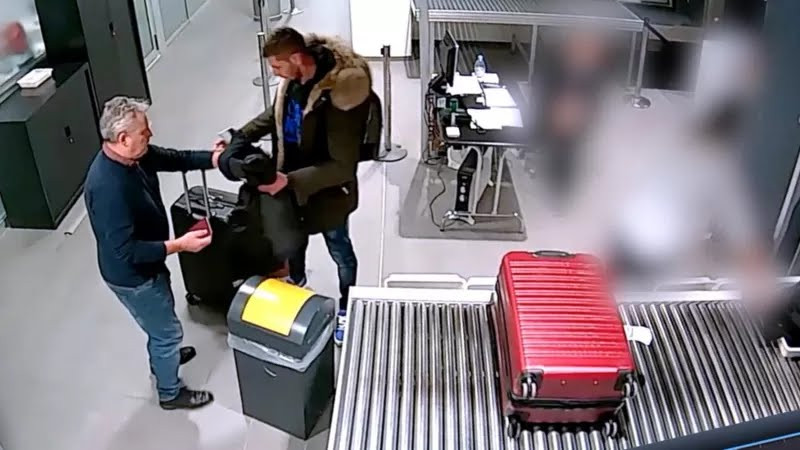 He added: “That Malibu, occasionally you’ve got like a mist every so often. You can feel it, very, very low throughout the airframe.”

Ibbotson, 59, said he also realised the Piper Malibu’s left brake pedal wasn’t working after landing at Nantes Atlantique Airport. “This aircraft has got to go back in the hangar,” he told his friend.

The revelation comes as new footage shows the last moment the pair were seen alive.

In the footage, going through security at Nantes Airport is the only time Emiliano Sala is seen with pilot David Ibbotson

Ahead of the flight back to Cardiff, Ibbotson added: “Normally I’d have my life jacket between my seats but tomorrow I’ll be wearing my life jacket.” 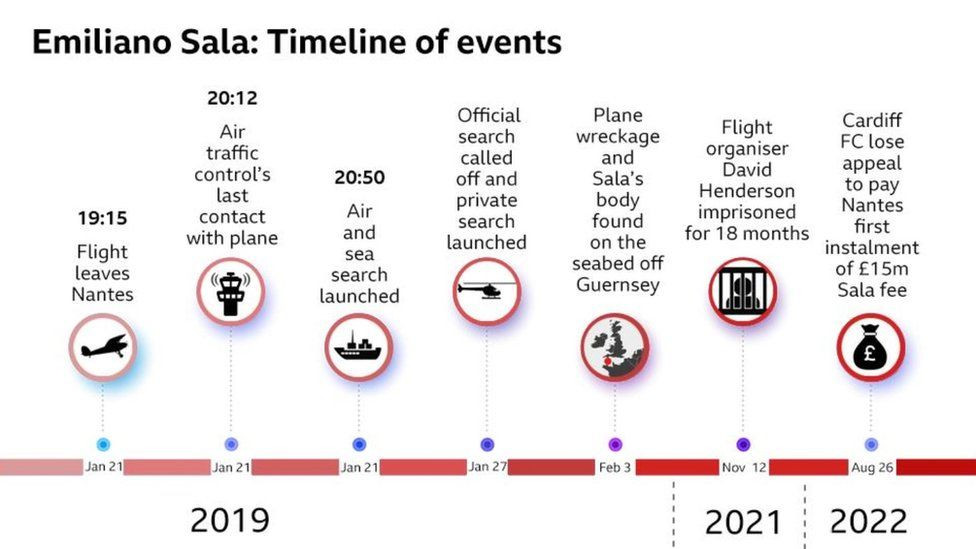 The footballer had also expressed his fears about the aircraft in a voice note sent to his closest friends as the plane was leaving the runway at Nantes Atlantique Airport.

The player told them, “man, I’m scared” and that the plane he was on “looks like it’s falling apart”. “I don’t know if someone will look for me because they won’t find me,” Sala told his friends about a potential crash.

Sala died in a plane crash off Alderney on 21 January 2019. He was a passenger aboard a Piper Malibu light aircraft flying from Nantes to Cardiff.