Emmanuel's Blog
Home Uncategorized Prince Harry and Meghan Markle set to return to California ‘without a... 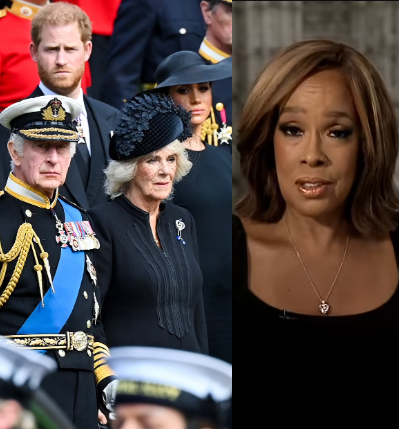 Prince Harry and Meghan Markle are returning to Los Angeles without any peace deal being struck with King Charles and Prince William, Gayle King has claimed.

The CBS Mornings host, who is friends with Meghan Markle, has been in London for the Queen’s funeral.

She said despite Prince William and Harry standing side-by-side with their father King Charles to bury Queen Elizabeth II, the “turmoil” caused by Megxit and the Sussexes interview with Oprah Winfrey has not been resolved.

Speaking following the Queen’s funeral, outside Westminster Abbey, Gayle King said: “There have been efforts on both sides … to sort of make this right.”

The Royal Family feud continues with Harry set to release his memoir and tell all book in the coming months.

Former Vanity Fair and New Yorker editor, Tina Brown weighed in on the matter, stating that Harry needed to forgo his book in order to get back into the good graces of his family.

“This is an incredible moment to be used. The country loved that feeling of unity and seeing the brothers back together, it was a beautiful sight,” Brown stated.

“But unless he gives up his book and the tell-all documentaries and interviews then there can be no trust. I think if he does that there can be a way.

“The Royal Family needs him and there’s a lot of work to be done. Kate doesn’t want to be travelling the world, she’s the mother of three children.

“They have to somehow divvy this stuff up and Harry has a big role to play if he wants to. And if Meghan wants to, because of course she hated every bit of it.

“The question is whether they’ve each got the give to do it, because as we know family rancour can go very deep. If Harry doesn’t want to bin the book then I can’t see a way forward.”