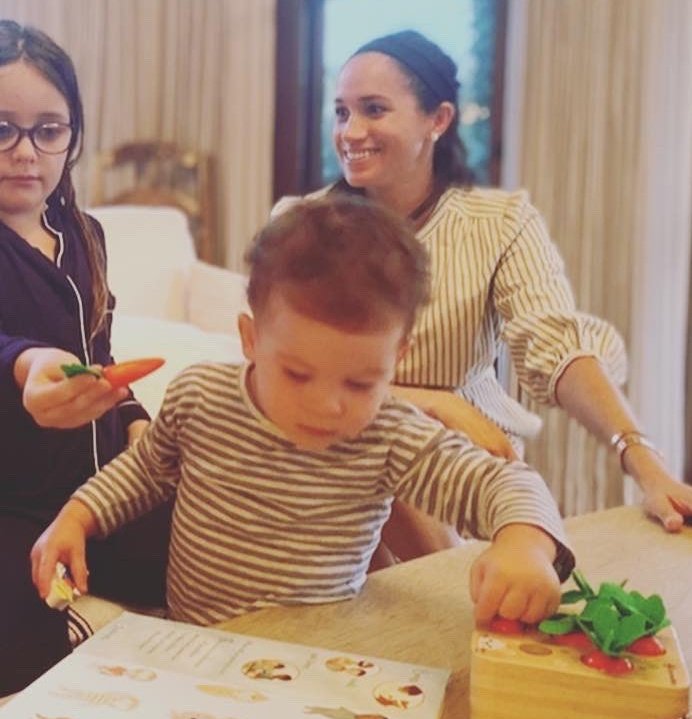 While the world eagerly anticipates Harry and Meghan’s second phrase of their interview with Oprah airing on CBS — many friends and supporters of the duchess have come forward to share personal stories, memories and pictures of the former Suits star. One friend in particular shared some very personal images of Meghan — including recent snaps of the royal while pregnant with baby number two as well as some candids of little Archie Harrison. According 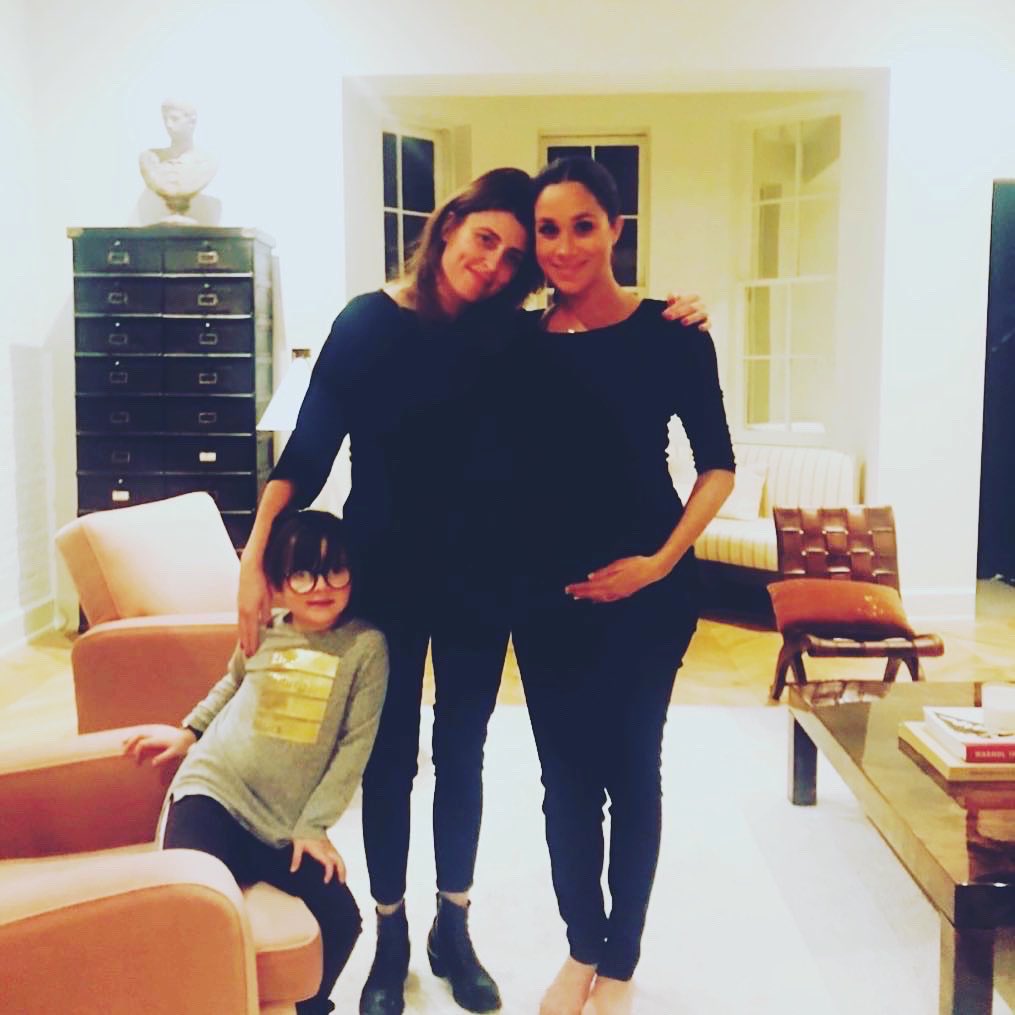 According to to Dress Like Duchess: The Suits producer Silver Tree showed off images presumably taken at Meghan and Harry’s home in Montecito with the duchess dressed down in casual attire including comfy clothes — jeans and a black long sleeve shirt. Further images show the film producer who originally hails from Petaluma, California, with her children as well as Meghan playing with all the kids. 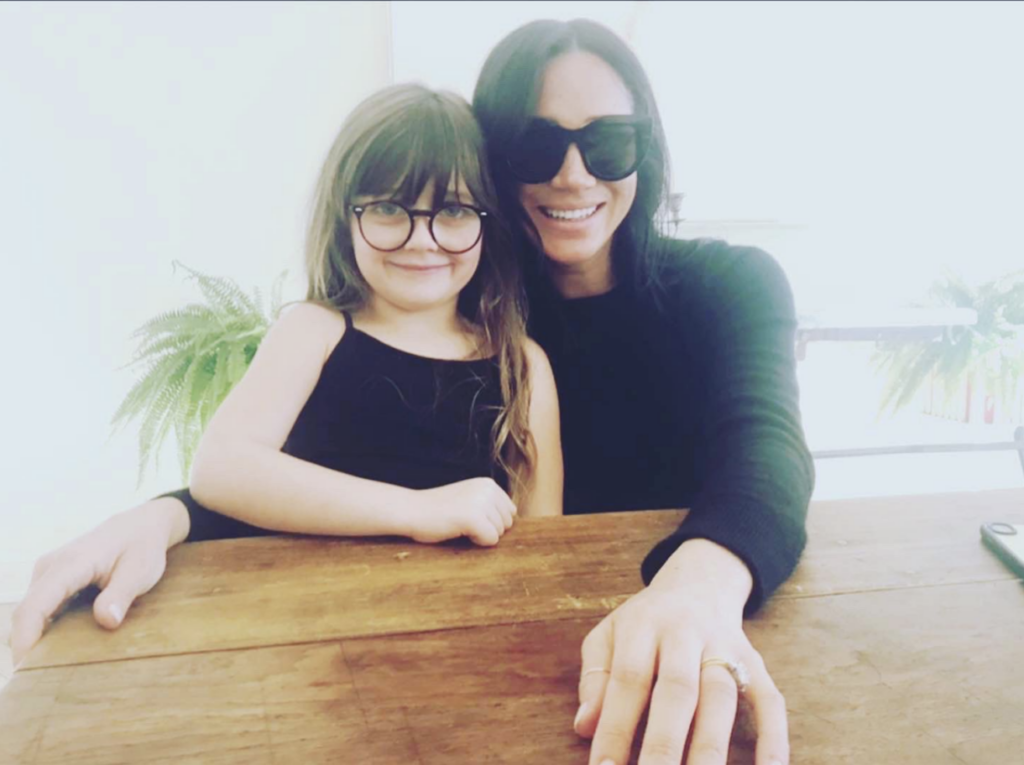 For one image with what appears to be Silver Tree’s daughter — the duchess is wearing her Air Heart Le Specs sunglasses and what looks like her Catbird Threadbare Ring on her thumb finger. Perhaps the most exciting image is a group shot of the families playing together with little Archie Harrison studying a children’s book. The young Major appears to have a head full of reddish brown hair and coordinates with his mom in a striped shirt. 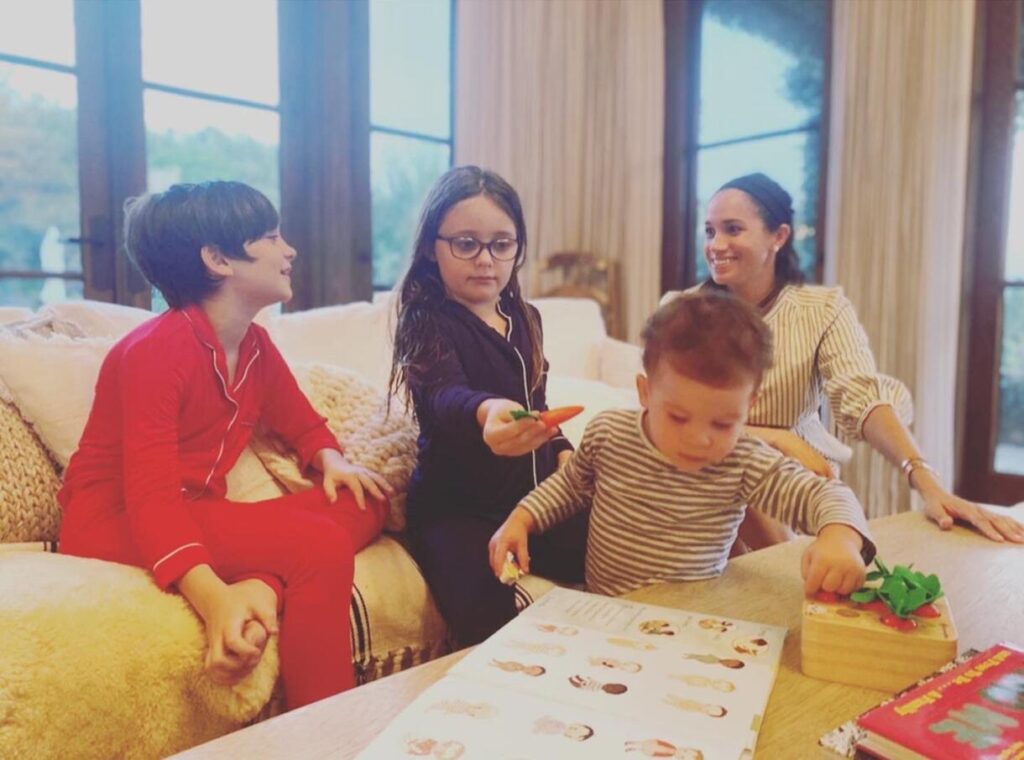 It looks like Meghan may have hosted an overnight visit for the family with Silver Tree’s children outfitted in pajamas. Archie has grown significantly since the last time he appeared with his mom — his birthday on May 6th will make him an official toddler as he will turn two-years-old. 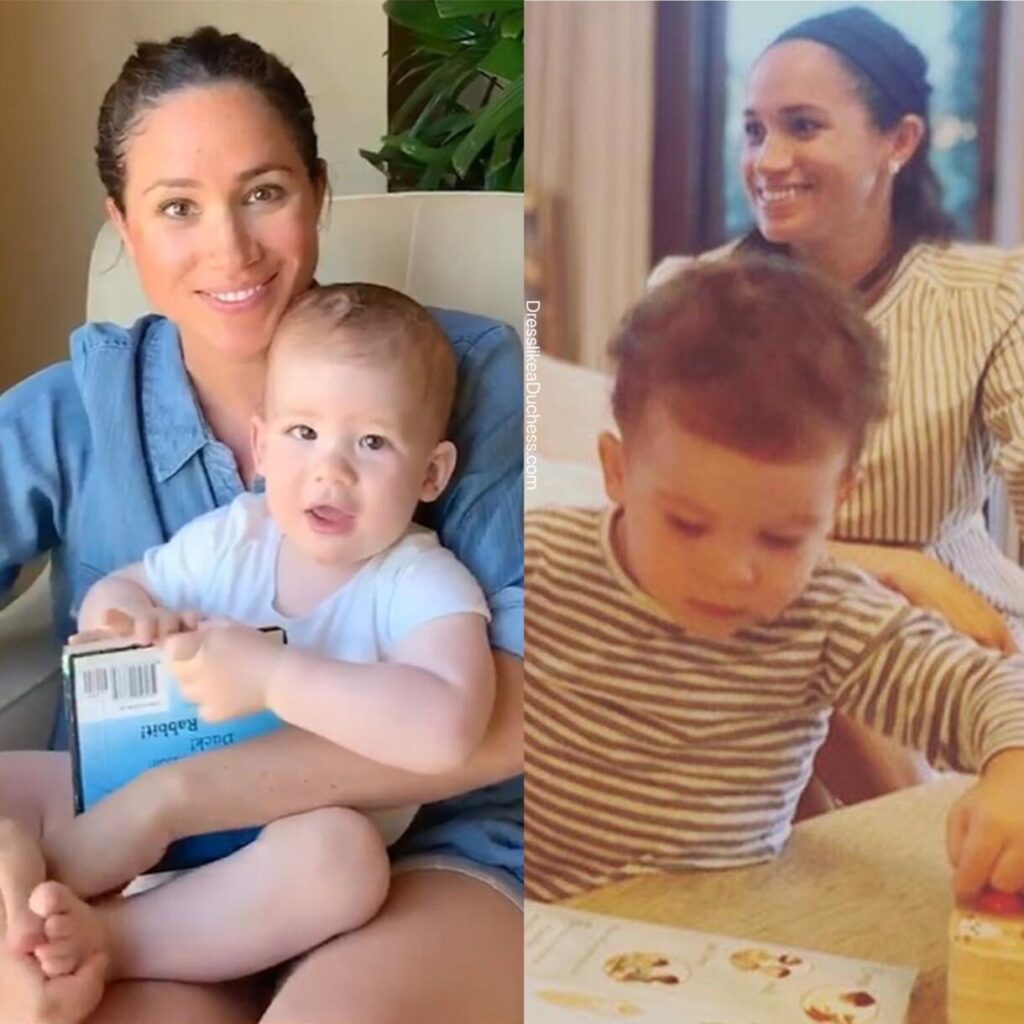