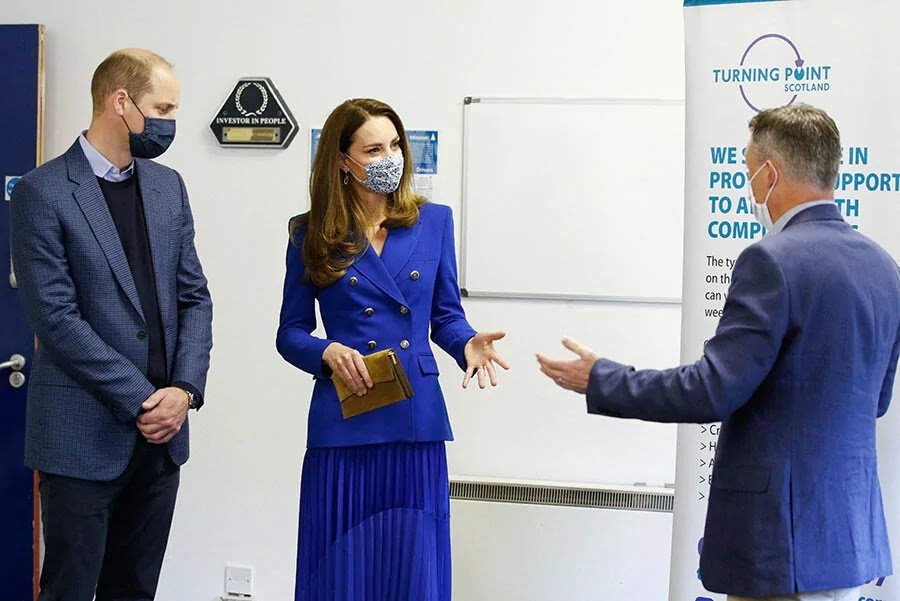 The Duchess of Cambridge was reunited with Prince William as they started their official tour of Scotland together. William, 38, began the week-long visit alone on Friday, in his role as Lord High Commissioner to the General Assembly of the Church of Scotland.

On Monday, the royal couple paid a visit to leading social care charity Turning Point Scotland, where they met with workers to hear about the vital support they provide to those with complex needs, including addiction and mental health challenges.

Turning Point Scotland (TPS) is Scotland’s leading social care service developer and provider. Established in 1999, TPS works to tailor its services to the individual’s needs and seeks to create pathways for the people it supports to become active citizens in their community. 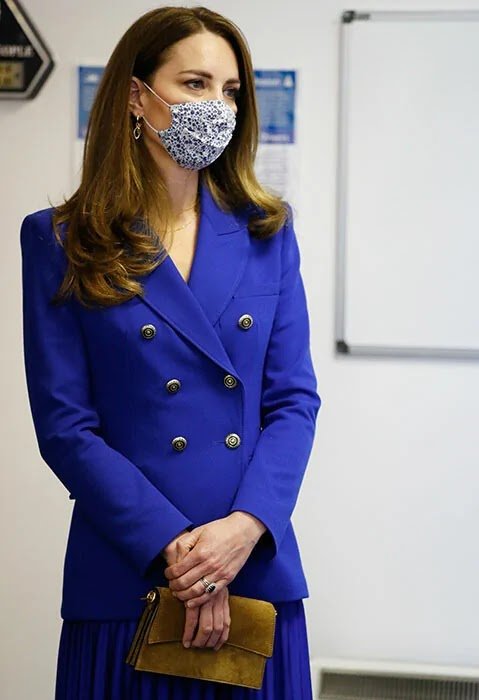 Kate, 39, look stunning as usual in a blue Zara blazer and a matching pleated skirt from Hope, while her husband opted for a navy jacket and trousers combination. 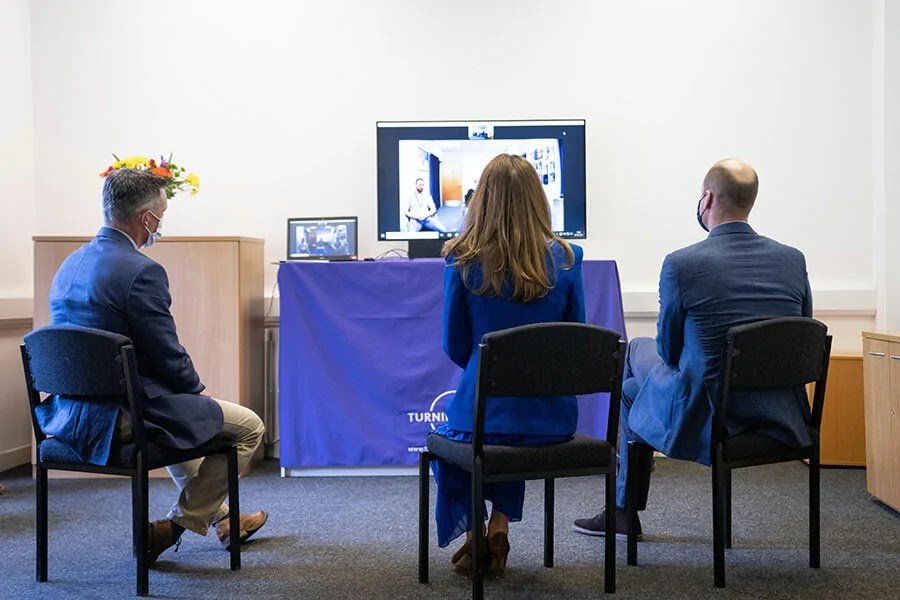 “I was in Balmoral when I was told that my mother had died. Still in shock, I found sanctuary in the service at Crathie Kirk that very morning,” he said. “And in the dark days of grief that followed, I found comfort and solace in the Scottish outdoors. As a result, the connection I feel to Scotland will forever run deep.” 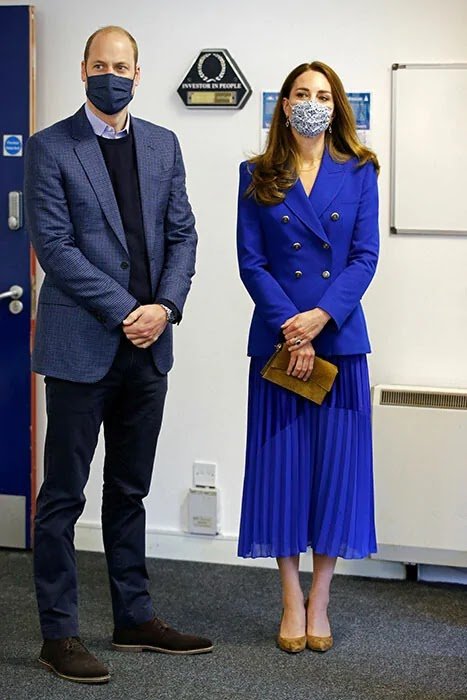 He then spoke of the “great joy” of meeting the Duchess at university almost 20 years ago. “Alongside this painful memory, is one of great joy,” the doting husband revealed.

“Because it was here in Scotland – twenty years ago this year – that I first met Catherine. Needless to say, the town where you meet your future wife holds a very special place in your heart.”

The royal couple married in April 2011, and have since welcomed three children together: Prince George, Princess Charlotte and Prince Louis. 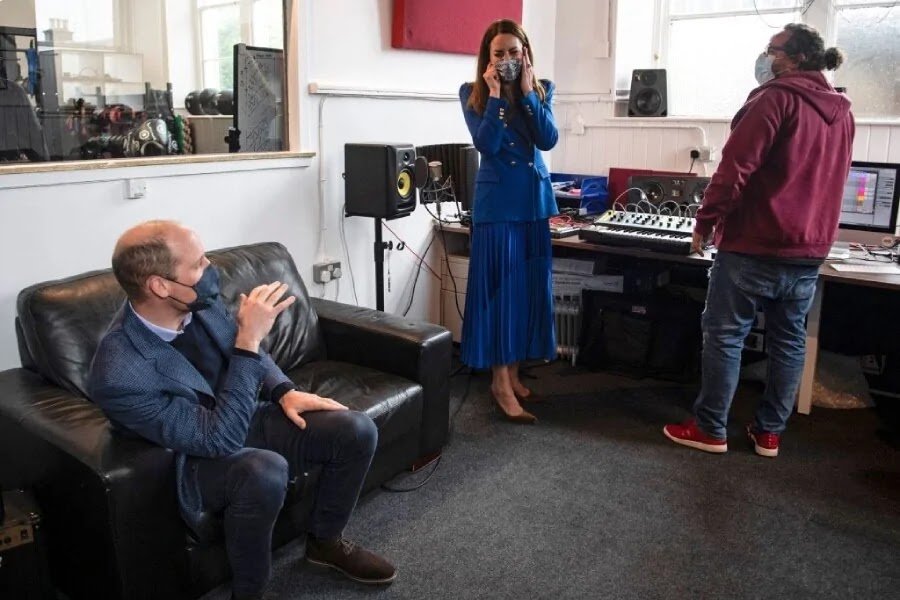 Kate was asked if she would like to participate in music production, and she gamely donned her headphones to see what the organisation Heavy Sound, which works with the SVRU, does.

Heavy Sound aims to make learning work for vulnerable and disadvantaged young people who are excluded or fall out of education and works to re-engage them through delivering innovative projects tailored to their interests, including songwriting, DJ’ing, music production, and sound recording.

However, William was not as impressed with her beats, as he joked: “What’s that? It sounded like a cat… It might catch on – in about a hundred years’ time!”

“It’s hurting my ears!” he then exclaimed as he asked her to stop. 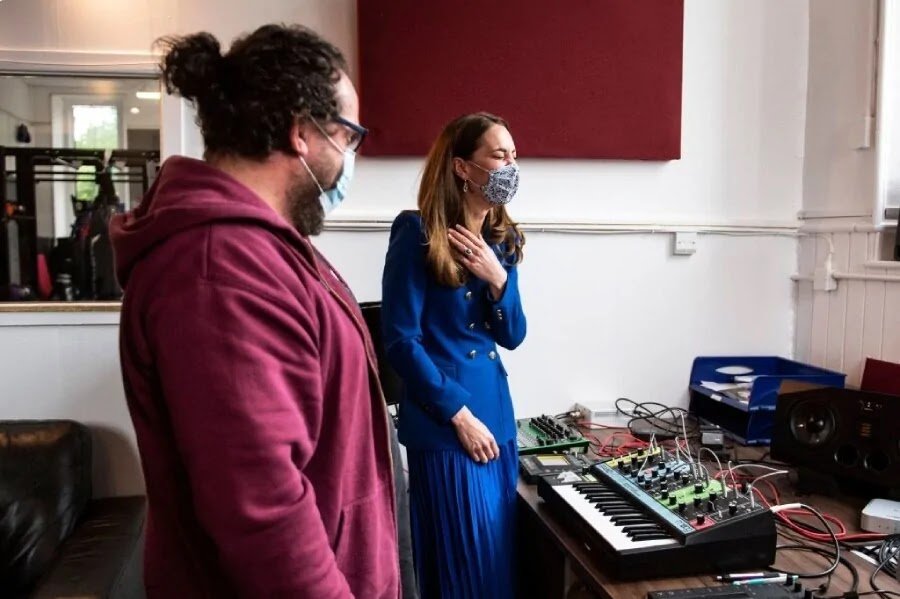 Kate laughed off William’s comments as he claimed her music wasn’t “number one material yet”. 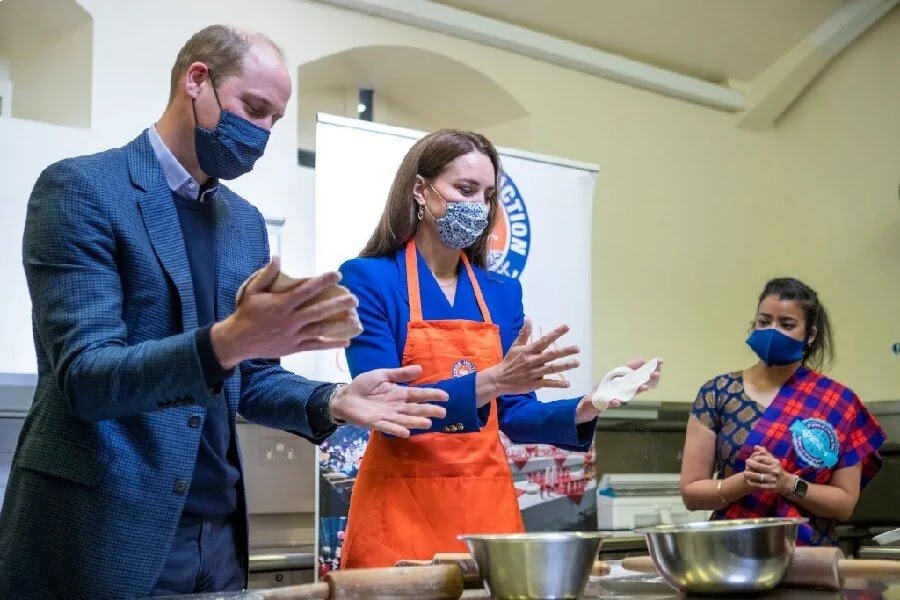 William told guests that he “loves curry” but admitted he can’t have it “too spicy.” Kate also shared that she loves the dish – and although William shared that she was very good at making it, he complained that she “likes a bit of spice”. 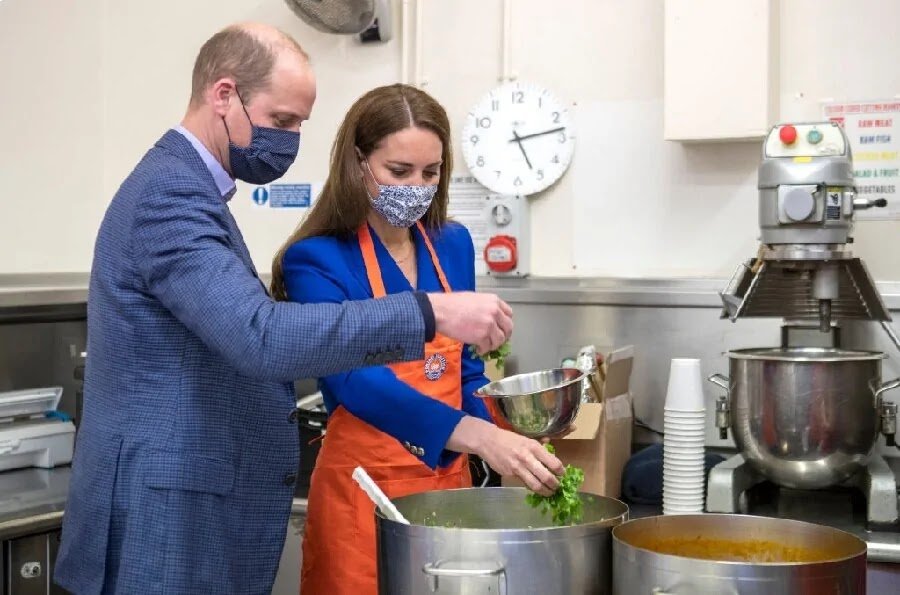 At the height of the pandemic, the community group was delivering around 150 meals each week to those in need but shared that they have now reduced that to around 60 a week, as the local area begins to recover. 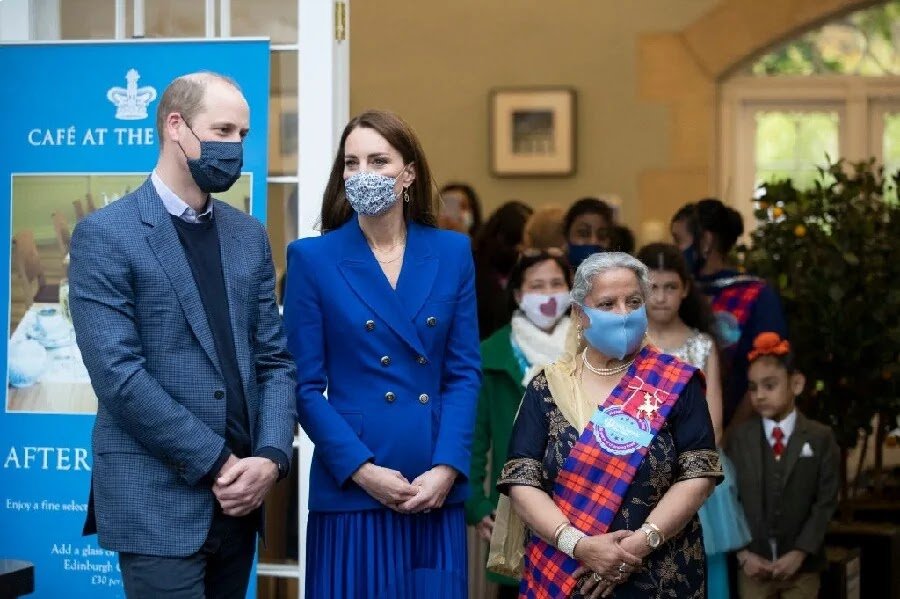 The community group started as a small group until 1994 when Mrs Singh’s six-year-old son, Ameet, was killed in a car accident.

“The women of our community only socialised with each other. But then in 1994 I lost my son and it was a real turning point,” Mrs Singh shared.

“We were born and brought up here but nobody knew who we were, it was difficult to get support. So I decided to broaden the group to the wider Sikh community, with the founding principle of equality for women. We had great support from Edinburgh City Council and the Scottish Government and have gone from five members to more than 200.” The group runs educational programs that focus on health and wellbeing, as well as youth groups, and their cafe serves homecooked meals. 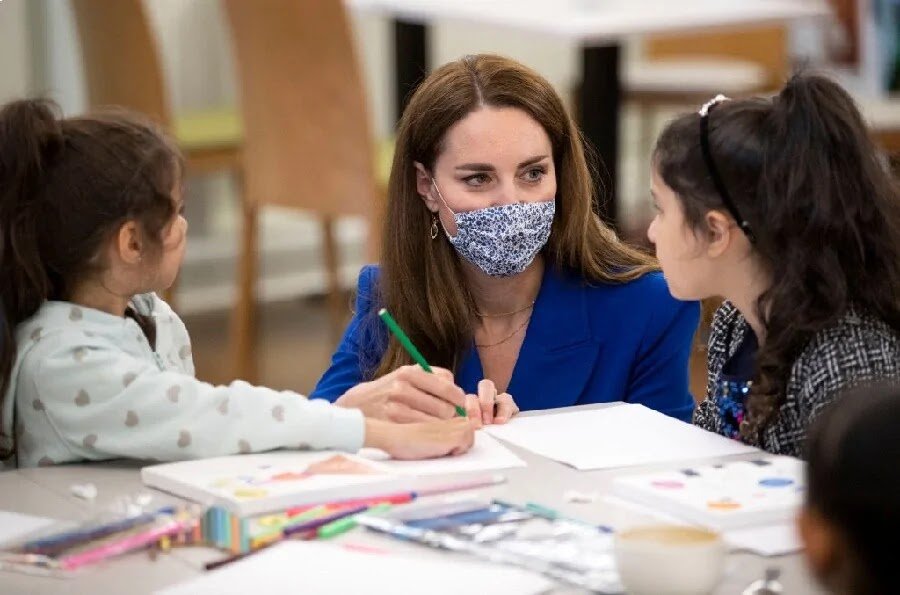 Kate sat with children at the community group who asked her to draw flowers for which they then coloured in. The Duchess also suggested they colour in rainbows, and the Duke thanked a little boy who gifted him a picture of the sun and sea. “Thank you so much. I’m not a very good drawer, so you’ve done a better job than me,” shared William.