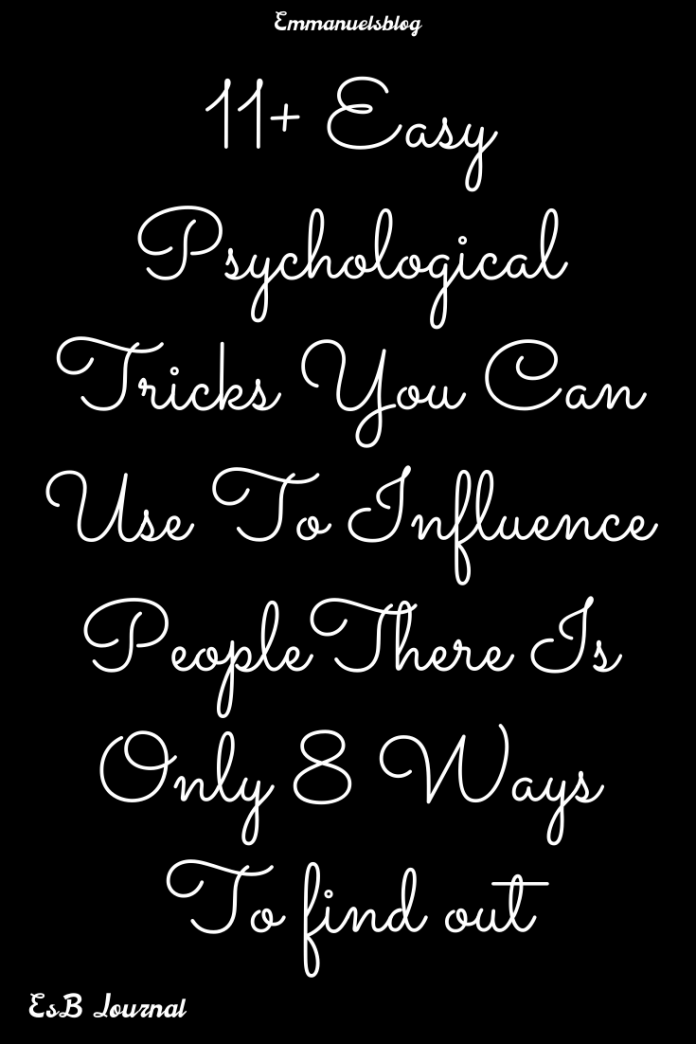 Humans have been known to copy or mimick behaviors. Some times it is done without even knowing. Copying simple gestures or behavior or people like the way the sit, the way they speak, the gestures they make when talking etc, can make them like you. It will make them feel like they have some kind of influence on you. At this point, it will be easy to get them to do something for you.

If you touch someone lightly when speaking to them, you are more likely to get what you want from them. The touch does not have to be much, a slight brush on the arm will make them focused on you.

Calling someone by their name or title can have great effect on them. The sound of a person’s name is like music to their ears, so the person who calls them by it has reminded them of their identity. When you call a person by their name, you stand a greater chance of getting into their good book and getting favors from them.

When used wisely or correctly, flattery can get you in someone’s good books. When it is not used well, flattery can backfire and make you gain an enemy. Before you decide to use flattery as a means of influence, take note of the way the person sees themself. If the person exudes self confidence, the flattery will only validate the way they feel about themselves and will make them like you more.

USE TIREDNESS TO YOUR ADVANTAGE

When someone is tired, they are not just physically worn out, they are most likely mentally drained as well. If you want to get something or ask a favor from someone from them, do i when they are tired. They will probably promise to do it later because they are too worn out to disagree. At a later time, they will do what they have promised because they want to keep their word.

REPEAT WHAT THEY HAVE SAID

MAKE AN OFFER THEY CAN’T REFUSE

When you want to make a request, start with something so trivial and small. Because of the nature of the request, they would have no reason to refuse. As time goes on, you work your way up and make bigger requests. You should take your time however, as another request in the wake of the first can drive them away.

ASK THEM FOR A FAVOR

This works better when you want to make friends with someone you barely know. Asking for a favor from them will make them realize that you made an effort to get in touch or reach out to them. By doing you a favor, they are more likely to become friends with you.

DON’T ARGUE WITH THEM

When there is a misunderstanding between yourself and someone else, let them speak. Even if they are wrong on several levels, allow them air their views and voice out their opinions. When they are done, then you can explain yourself without making them feel like less. This way, you will gain their respect and friendship.

4 interesting articles recommended for you

USE AN EYE IMAGE

You can use this trick to get people to behave themselves, especially in public places. Placing an image of a pair of eyes will make them feel as if they are being watched. It will create an avenue for composure and self-respect.