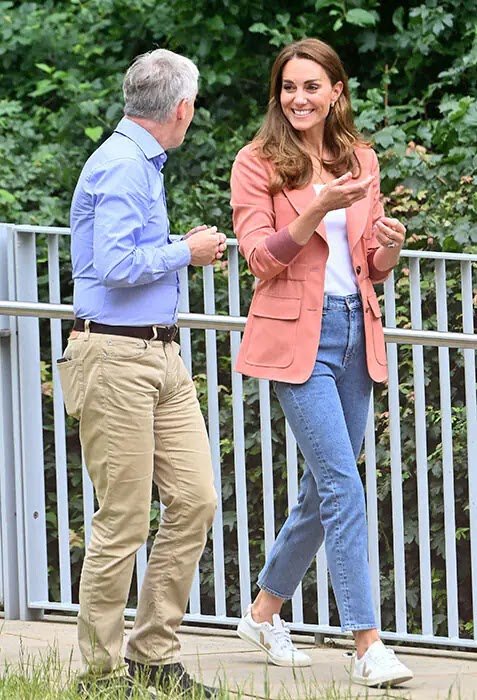 The Duchess of Cambridge surprised local schoolchildren as she stepped out to visit the Natural History Museum in South Kensington on Tuesday.

Kate, who is a patron of the London museum, heard how communities across the UK will benefit from its Urban Nature Project, which is being launched later this year. The project aims to help people reconnect with the natural world and find practical solutions to protect our planet’s future.

Kate even brought along some homemade honey from her country home, Anmer Hall, for the children to try. 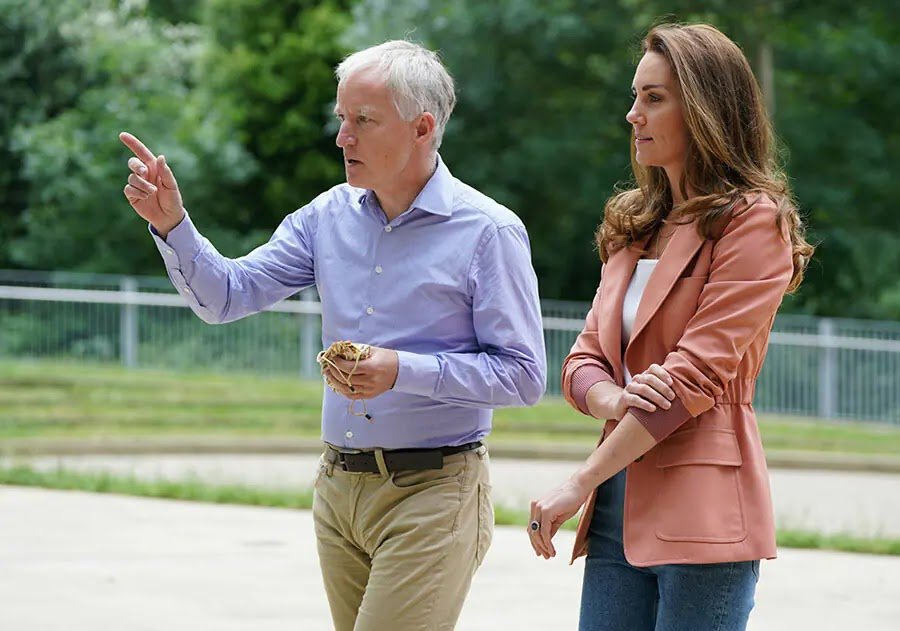 The Duchess was greeted by Museum Director, Dr Doug Gurr, upon arrival.

The Urban Nature Project will see the museum’s five-acre grounds transformed into a globally relevant urban nature epicentre complete with outdoor classrooms, a ‘living lab’ and a weatherproof cast of the Museum’s famous diplodocus, Dippy.

As part of her longstanding work on child development in the early years, Kate believes that spending time outdoors plays a pivotal role in children’s future health and happiness.

In 2019 she helped to create the Back to Nature garden for the Chelsea Flower Show and she has previously said that she’s happy when she’s with her family “outside in the countryside and we’re all filthy dirty”. 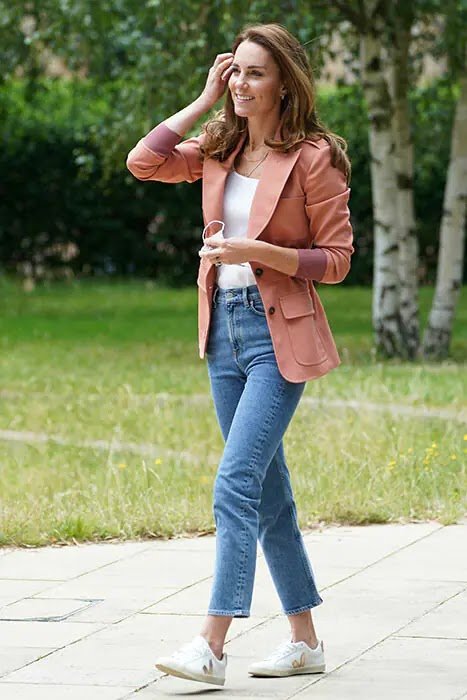 The Duchess sported a smart-casual appearance for her engagement, wearing a new pink Chloe blazer with a white T-shirt, her blue jeans from & Other Stories and her VEJA trainers. 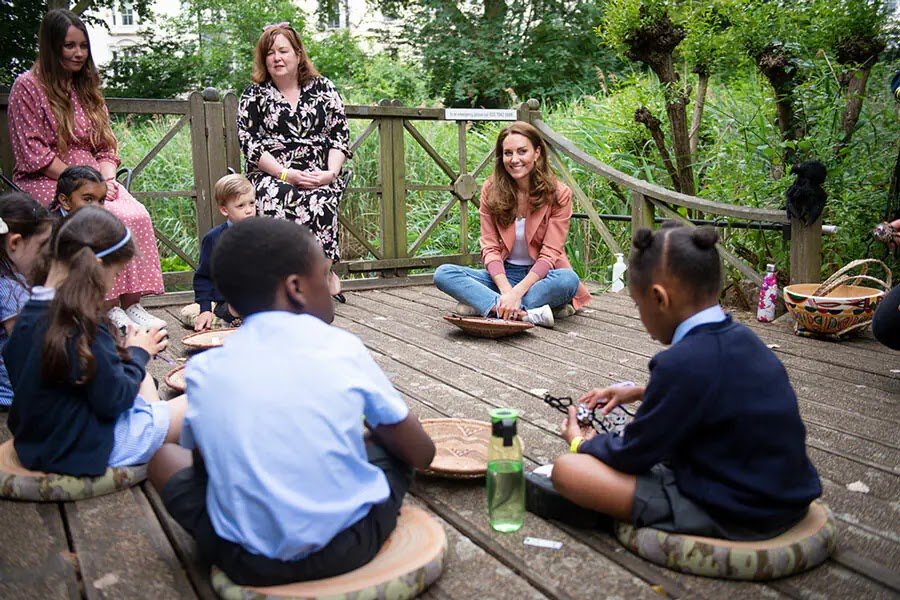 Kate met schoolchildren from the local St. Mary of the Angels Primary School in the museum’s wildlife garden and helped them make spiders from pine cones before joining them for an immersive storytelling walk. 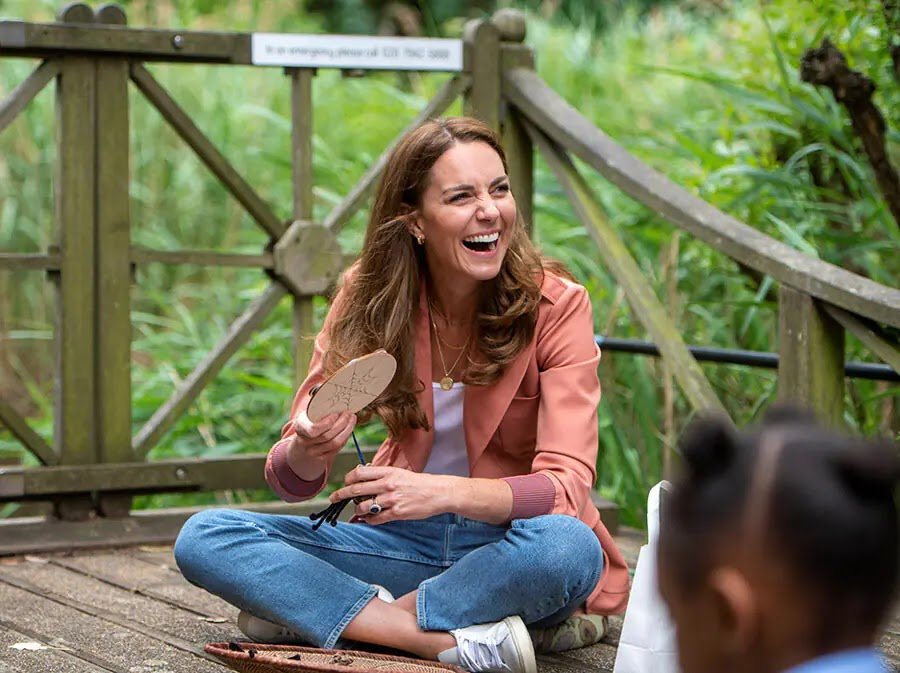 As Kate helped to make the spiders, she told the children: “I’m going to call my spider cuddles.” 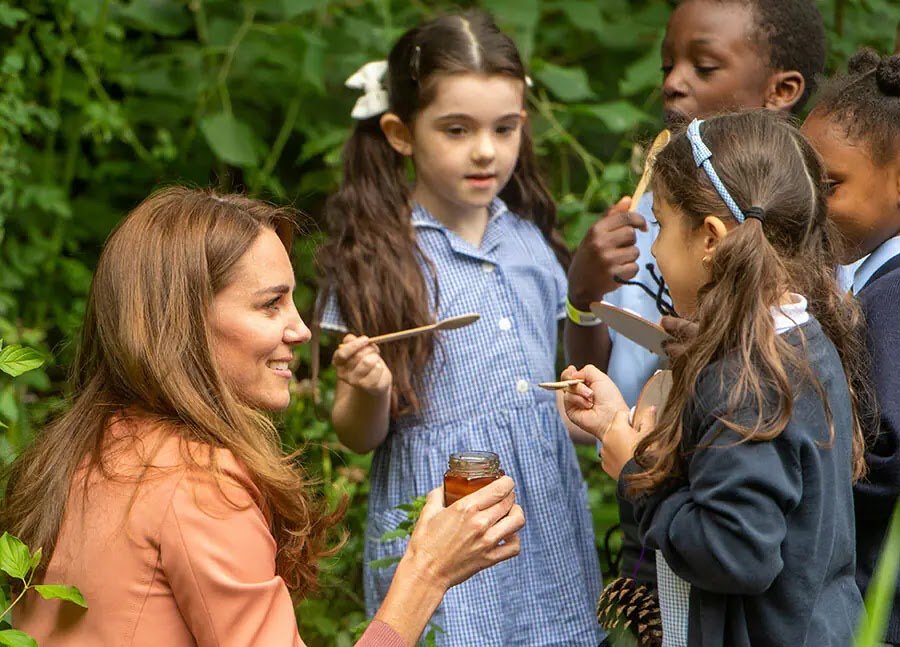 The Duchess asked the children if they knew where bees got their nectar from, before producing a pot of honey made by her own bees at Anmer Hall.

“Would you like to try some?” she asked. “I’ve got one spoon each. This came specially from my beehive.

The Duchess asked the children if they knew how many species of bees there were in this country, telling them: “It’s 350, isn’t that amazing?”

She told them: “Every time you see a bee; say thank you so much because they make delicious honey.”

The Duchess took the honey as a gift for the children because the importance of bees linked to the museum’s project about biodiversity.

She is thought to have chipped in with her family to buy her brother, James Middleton, a colony of 1,000 Buckfast bees as a birthday present when he turned 24. 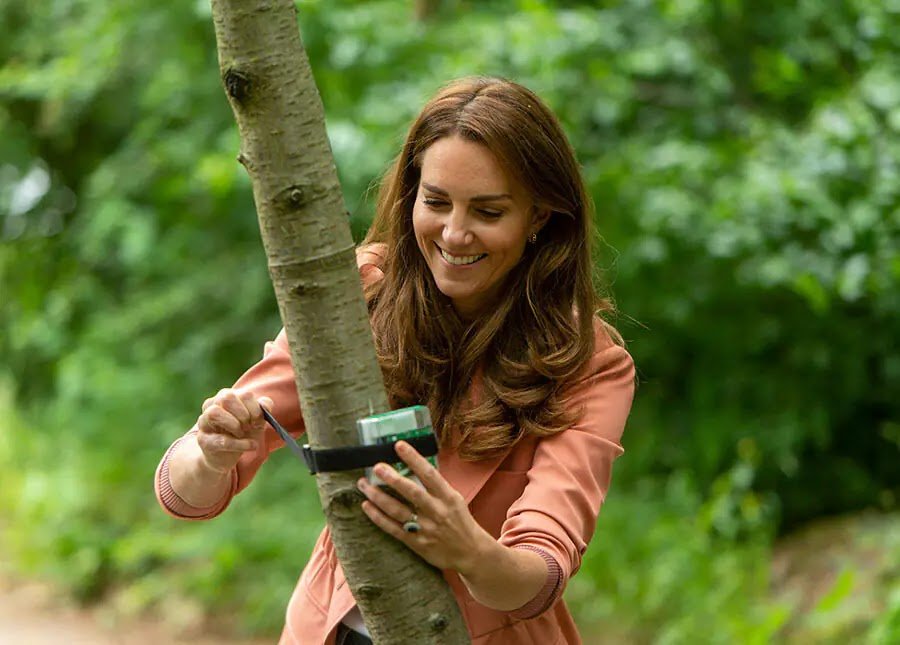 The Duchess also helped to fix an acoustic monitoring device to a cherry tree, which will record ambient sound to help scientists investigate patterns of bird, mammal and insect activity within the garden. 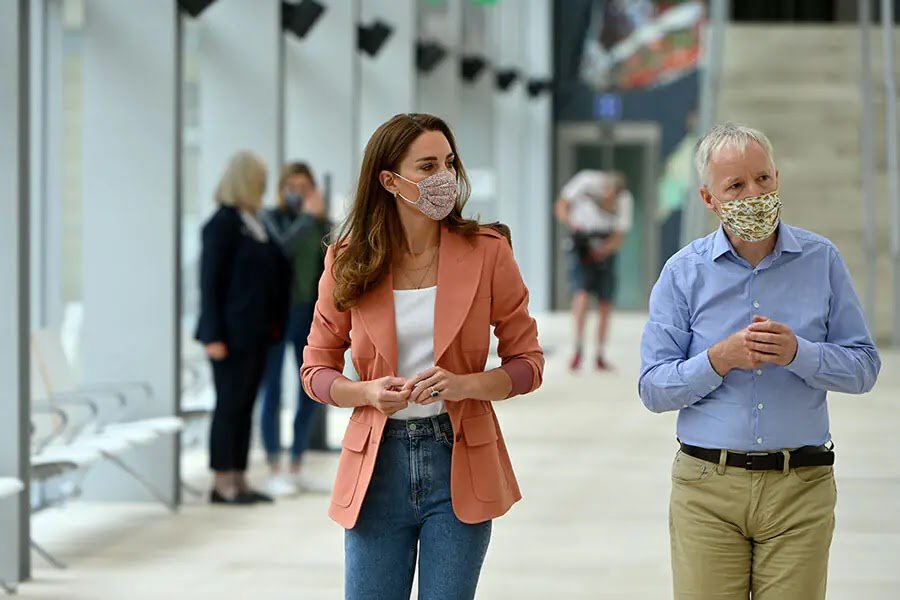 Kate’s visit to the Natural History Museum comes after she launched the Royal Foundation Centre for Early Childhood on Friday.

The Duchess became the museum’s patron in 2013 and last visited the historic building in South Kensington when it reopened its doors in October after the first lockdown. She recorded a special video in the Hintze Hall, where she announced the Grand Title winner of the Wildlife Photographer of the year competition.