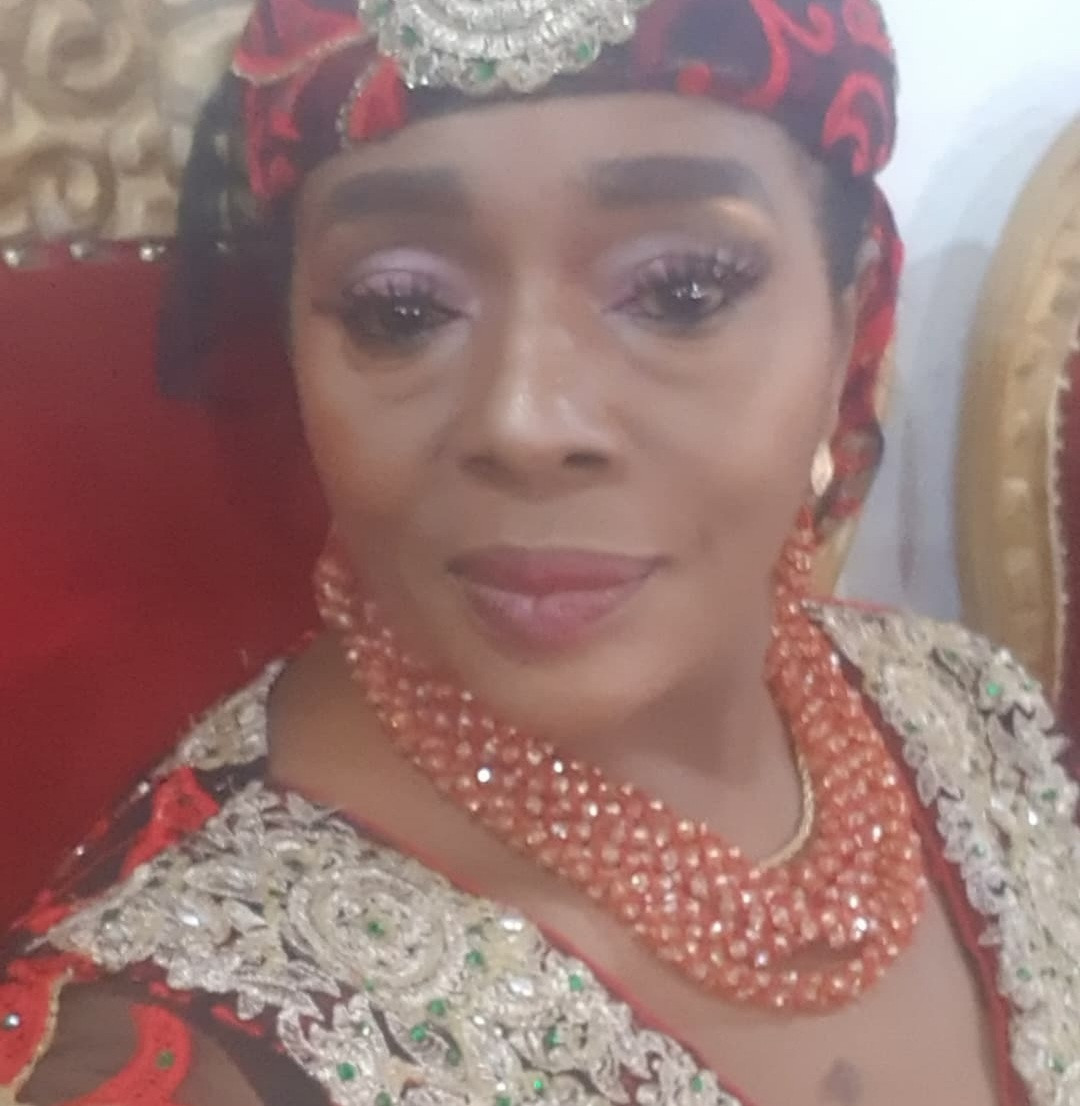 Rita Edochie has responded after a follower who stopped ‘loving’ her initially revealed they are back to loving her.

The actress put up a post of support for Nnamdi Kanu and a follower who was impressed with the post told her: “Now am back to love you again ma.”

Rita responded: “Please I am no begging you. God’s love for me is enough.” 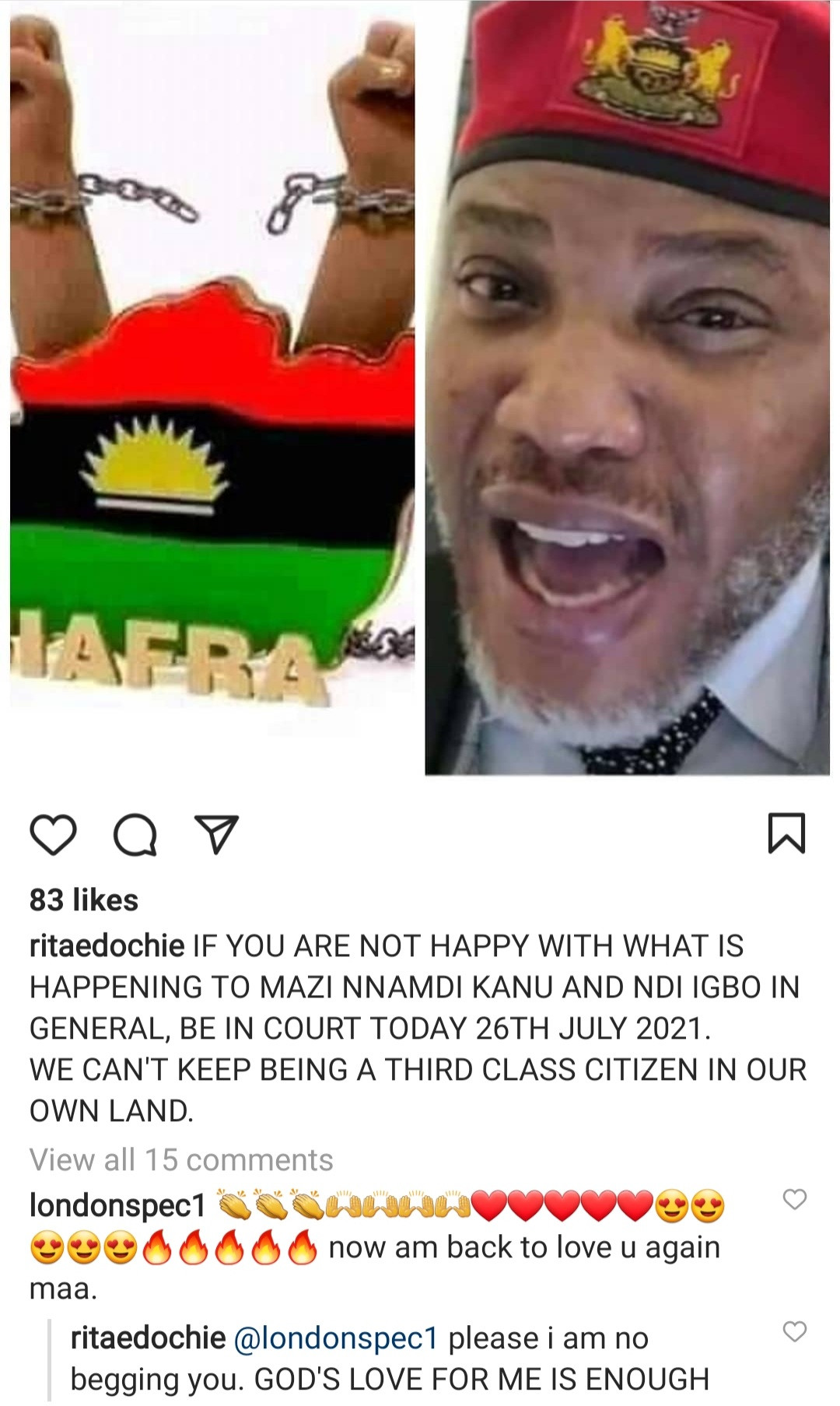 This comes after many supporters of the actress turned their backs on her after she said she won’t forgive Ada Jesus for the things she said about her when the sick comedienne asked for forgiveness before her death.