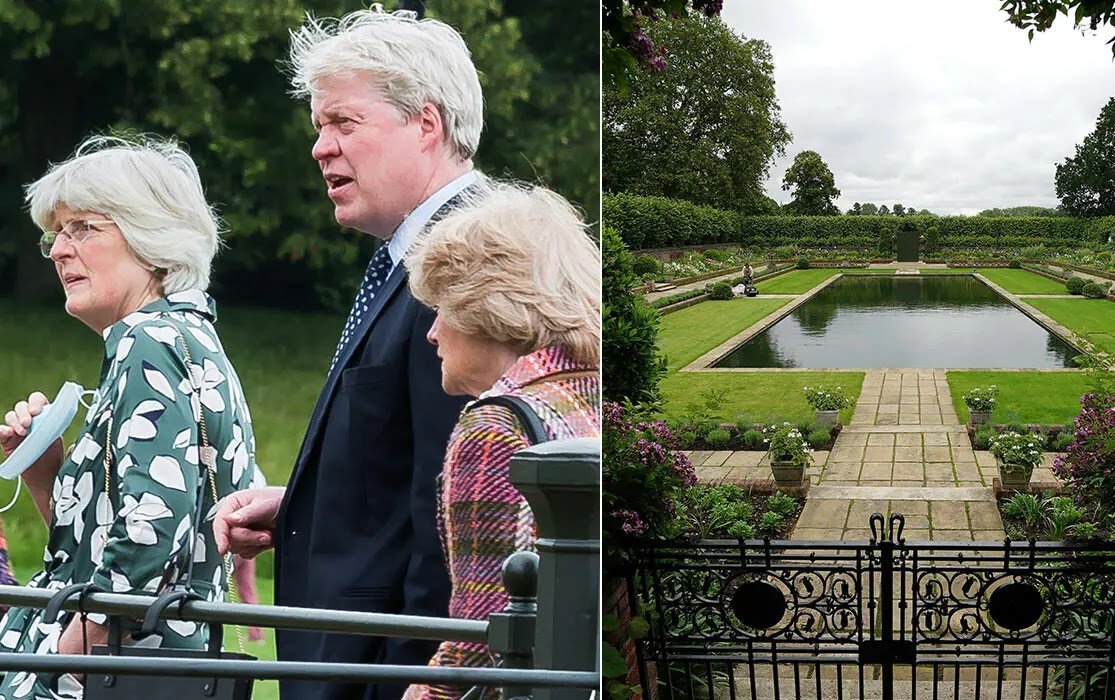 The Duke of Cambridge and the Duke of Sussex put on a united front as they unveiled the long-awaited statue of their beloved mother, Diana, Princess of Wales, in an intimate ceremony at her former home, Kensington Palace, on Thursday.

The royal brothers held the emotional gathering in the Sunken Garden – one of their late mother’s favourite places to reflect. As well as the sculpture’s artist Ian Rank-Broadley, they were joined by close relatives and other members of the statue committee. Meet the 11 guests who joined Diana’s sons at the private ceremony…

Princess Diana’s older sister, Lady Sarah McCorquodale, is married to Neil McCorquodale. She once briefly dated Prince Charles and was the one who introduced him to her younger sister. Lady Sarah and her family reside near Grantham, Lincolnshire, and she has largely stayed out of the public eye since her sister Diana’s tragic death in 1997 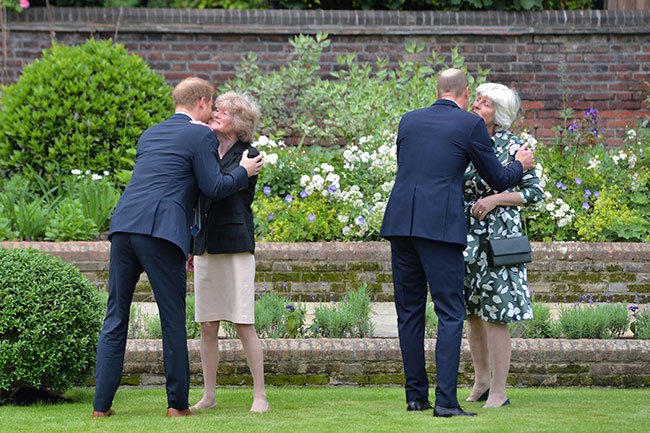 Lady Jane, who is married to the Queen’s former private secretary, Robert Fellowes, is another older sister of the late Princess Diana. Both sisters have remained close with their nephews Prince William and Prince Harry. Lady Sarah and Lady Jane both attended the Duke and Duchess of Sussex’s son Archie’s christening in Windsor in 2019 and were pictured in the official family portraits. 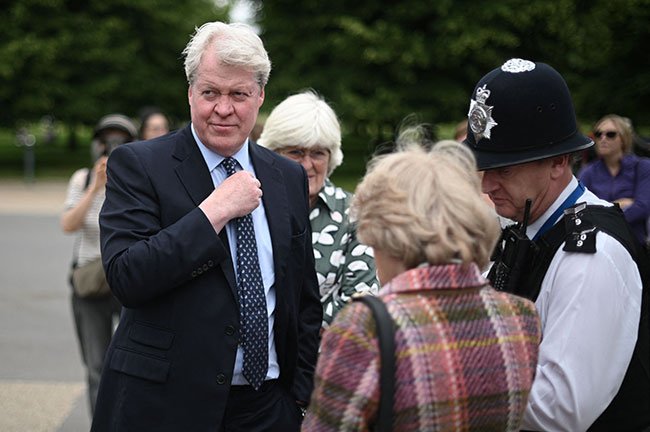 Earl Spencer is the younger brother of Diana, and grew up with his three sisters: Diana, Sarah, and Jane, and is now custodian of the Spencer family estate, Althorp House. He has very close links to the royal family; not only is he Prince William and Harry’s maternal uncle, but he is also the godson of Her Majesty.

Jamie Lowther-Pinkerton The chairman of the committee and a close friend of Diana’s is the former private secretary to both Prince William and Prince Harry. The former SAS officer has had a long relationship with the royals. He served as equerry to the Queen Mother from 1984 to 1986, assisting in the care of her beloved horses, and was made a Lieutenant of the Royal Victorian Order in 2013. He is also one of the four godfathers to Prince George.

He is the director of the Sladmore Gallery, which specialises in sculpture. Guy Monson The financier is a Trustee of the Royal Foundation of the Duke and Duchess of Cambridge and Prince Harry, and a member of the Organising Committee of the inaugural Invictus Games in London 2014.

John Barnes is the Historic Royal Palaces’ (HRP) chief executive, taking on the role in 2017. He was also a state committee member. He was previously in charge of conservation, presentation and learning provision at HRP’s six palaces.

Julia is a close friend of Diana, godmother to Prince George and Founder Patron and Trustee of Child Bereavement UK, of which Prince William is Royal Patron.

The royal brothers picked renowned artist Ian to create the piece and is known for his portrait of the Queen on British coins. 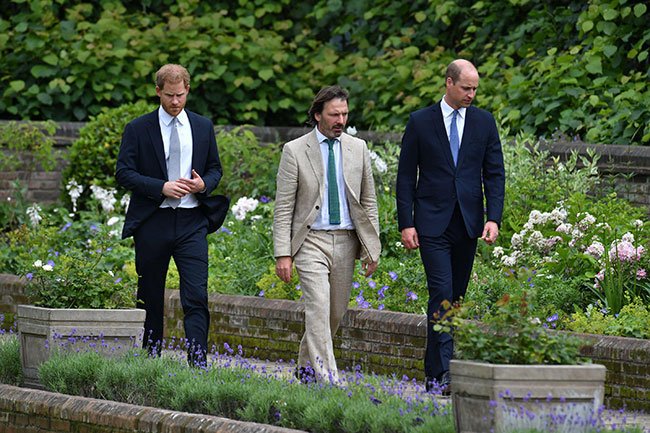 The new layout in the Sunken Garden at Kensington Palace was masterminded by Pip and it was beautifully executed by the Gardens and Estates team at Historic Royal Palaces. “We have worked carefully to ensure that the new layout and planting scheme complements the statue, providing a calming place for people who visit Kensington Palace to remember the Princess,” said the garden designer. 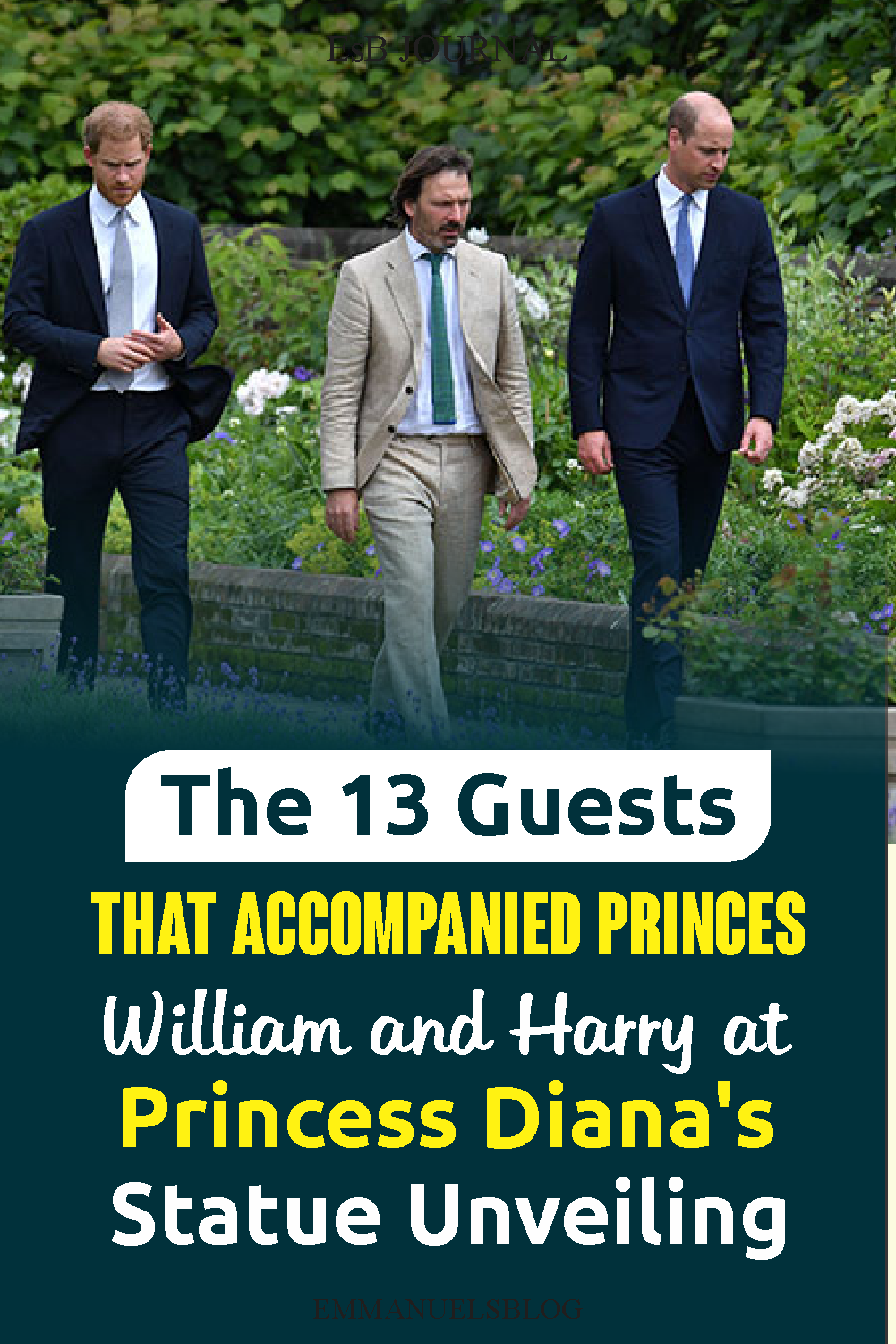 He is currently Chairman of Historic Royal Palaces and Chairman of the Honours Committee for Arts and Media.

Graham is deputy head of gardens and estates at Historic Royal Palaces and led the team of five gardeners who spent a total of 1,000 hours working on the planting of 4,000 flowers. He worked on the Kensington Palace grounds when Diana lived there.

Mr James is head gardener at Kensington Palace for HRP.