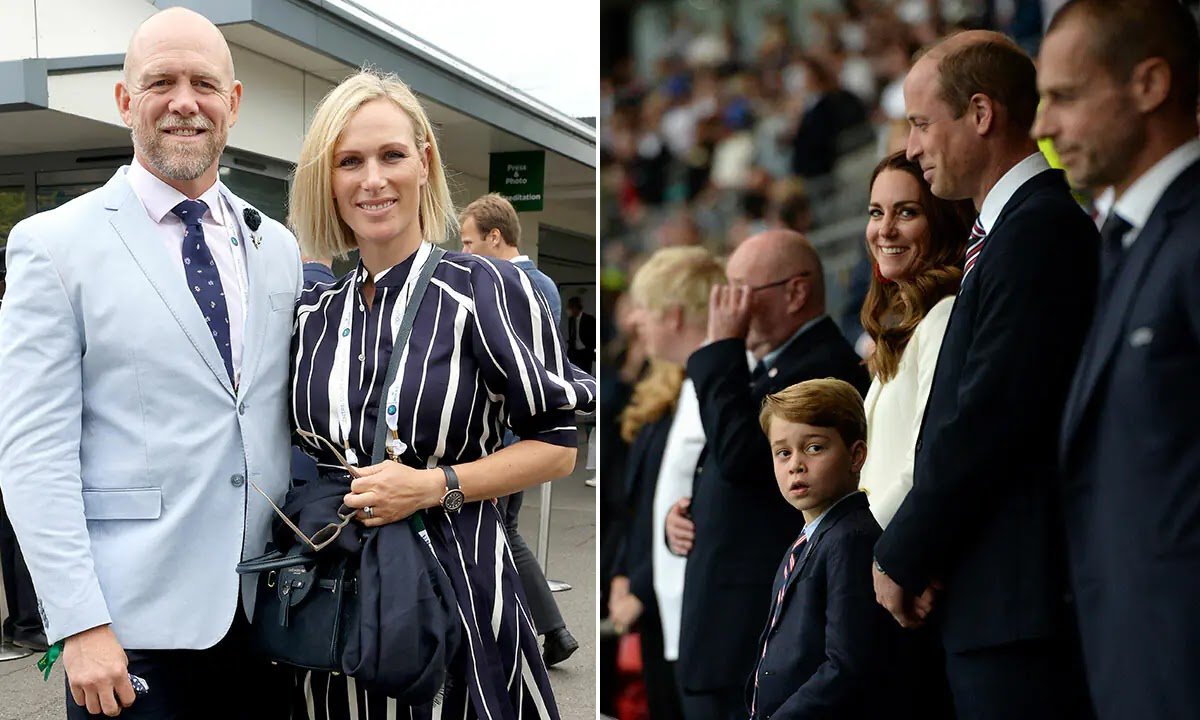 The Duke and Duchess of Cambridge and their eldest child, Prince George, were among the 60,000 fans at the Euro 2020 final at Wembley Stadium on Sunday night.

But the Cambridges weren’t the only royals in attendance to watch England’s first major final since 1966.

Sadly, victory wasn’t to be as England lost during a nail-biting penalty shootout against Italy.

After the game, former rugby player Mike tweeted a series of photos from inside the ground and wrote: “Very proud of @EnglandFootball, didn’t go England’s way tonight but this group of players have made a massive step forward and I think we will be competing at tournaments for many years to come! Well done lads!”

And while she wasn’t pictured, Mike was also reportedly joined by his wife, Zara Tindall, for the final. While Prince William, Kate and George sat in the royal box, Mike and Zara joined fans in the crowd.